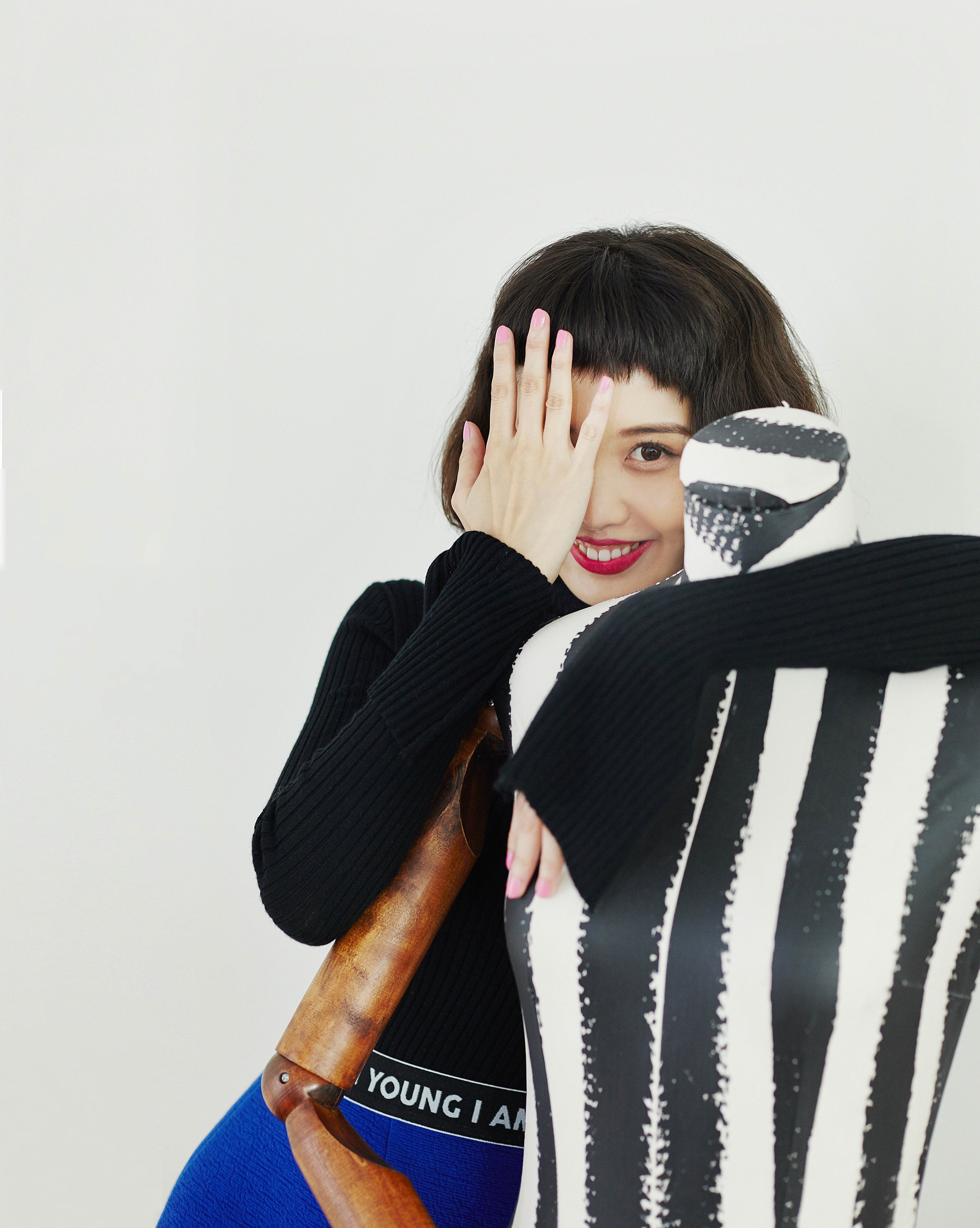 Fun is at the heart of every Christine Lau design. The pieces in her Chictopia collection are playful and colourful, meant to be worn by individuals who possess confidence and a sense of humour.

Beijing-based Lau is one of a coterie of China-born designers who were educated in London then went back home to ply their trade, targeting the ever-increasing number of young Chinese who seek distinctive clothing rather than Western designer-brand uniformity. Masha Ma and Xander Zhou are both based in the mainland, while Huishan Zhang, with headquarters in London, has all his garments made in the northern city of Qingdao.

Lau also has strong ties with this most sophisticated and fashion-savvy city. Born in the Chinese capital, at the age of nine she moved with her parents to Hong Kong without speaking a word of Cantonese or English. It’s a measure of her adaptability and intelligence that both those languages quickly reached native-speaker fluency.

As well as the culture shock of living in the vibrant and multicultural British capital, there was also the need to adapt quickly to a system that eschewed rote learning in favour of self-designed educational pathways.

She says: “It affected the way that I think: during my earlier education, I was given a task with very clear instructions and one right answer and other answers were wrong. But in London, the tutors were very open minded, they just guide you and want you to create your own stuff and your own style; that was very important for me with the whole process of designing and thinking in a different way. This is far more important than doing a ready-for-sale design, it’s how to develop ideas and develop further and further without limitations, this is very precious.”

Tutors also helped with sage advice on which particular discipline of the design field would be most suited to their student’s talents and interests. Lau opted to study textiles, learning all the tricks of the weaving and printing trades, skills that have helped give her label – Chictopia – its distinctive edge.

Deciding to head back to Beijing, post-college, also proved to be an astute professional move. Lau was in the very vanguard of the local-designer boom, equipped with the international expertise, and mindset, that gave her an edge over many rivals. Nonetheless, all local designers had a common rival to contend with – the international designer labels that were the preferred choice of affluent, white-collar young women when embarking on weekend boutique-browsing expeditions.

Those with more confident personalities – and a whimsical sense of humour – were easily won over and readily paid up to HK$5,000 for a Chictopia piece, placing the brand firmly in the contemporary category. From next year, fashionistas with rather more limited resources will be able to choose pieces from a new budget line, designed specifically for customers of the Chinese online platform Tmall.

“My customers are young women from 20 to 40,” says Lau. “Most of them have experience of living or studying abroad. Their families are well off.  Some are from fashion or creative industries, and there are celebrities, models and entrepreneurs.

“I think my style is quirky elegance but at the same time it’s very feminine and girly and young – and very playful. Everything is positive. That’s something I want to tell people: be positive and playful. The women who buy the clothes are very confident of themselves and want to be noticed and be different and have a unique style. I love bright colours and striking patterns.”

And striking, bold and bright they most certainly are. Think a blouse with fluorescent green stripes accompanied by a grandiose green bow tie; a dress with huge puffy sleeves of canary yellow with a large print of a dog on the front; an oversize jacket in fire-engine red meant to be worn with denim hot-pants and black fishnet tights.

A show to launch an earlier Lau collection saw the venue decked out like a restaurant, complete with handsome waiters and models strutting around wearing clothes adorned with prints that featured shellfish, vegetables and cows.

In short, it’s not the kind of clobber that would be suitable for meeting your prospective in-laws for the first time, or going for a job interview at a law firm. Chictopia is, as the name suggests, aimed at young women who have the chutzpah to wear clothes that are going to catch the eye when entering a room, if not drop a few jaws.

The spring/summer collection for this year, due to be stocked in Hong Kong by long-time Chictopia supporter Lane Crawford, is full of punchy colours and draws from an eclectic range of influences.

“It was inspired by street culture mixed with classical arts,” says Lau. “So you might get street-style jeans and hoodies mixed with a traditional Victorian-era silhouette kind of dress. I’ve used classical oil painting in the prints. I like to put different cultures together. Inspiration can come from little details in life, maybe an artist, or after watching a film – it’s always different.”

Although the clothes are a riot of colour, intended to be bought and worn by outgoing characters, Lau herself is not in the least bit flamboyant – instead, she’s soft-spoken and modest, with a warm and friendly demeanour.

She also has the calm focus necessary to run a growing business, taking on the role of chief designer and chief executive officer. The main studio is in a modern office block right in the heart of Beijing, just to the south of the main east-west thoroughfare, Changan Avenue, and a two-minute walk from the posh Yintai mall, where one of her boutiques is located.

Lau’s personal life was also significantly affected by the move back to Beijing. She struck up a rapport with one of her suppliers, a personable young Canadian designer called Ronald Tau, a friendship that quickly turned to romance and marriage. Last year daughter Asia came along.

It means that, at the age of 32, all the life pieces are now in place – professional advancement, personal satisfaction and a settled home life. A cheery designer with a cheeky, upbeat brand.

“I think I’m a very happy person so I want to show that in my collection,” she says.

Pursuits
By Manas Sen Gupta
Sign up to get the latest luxury and lifestyle news delivered to your inbox.
Mark Graham