Dior Pays Tribute to the Escaramuzas in Dior Cruise 2019 Collection 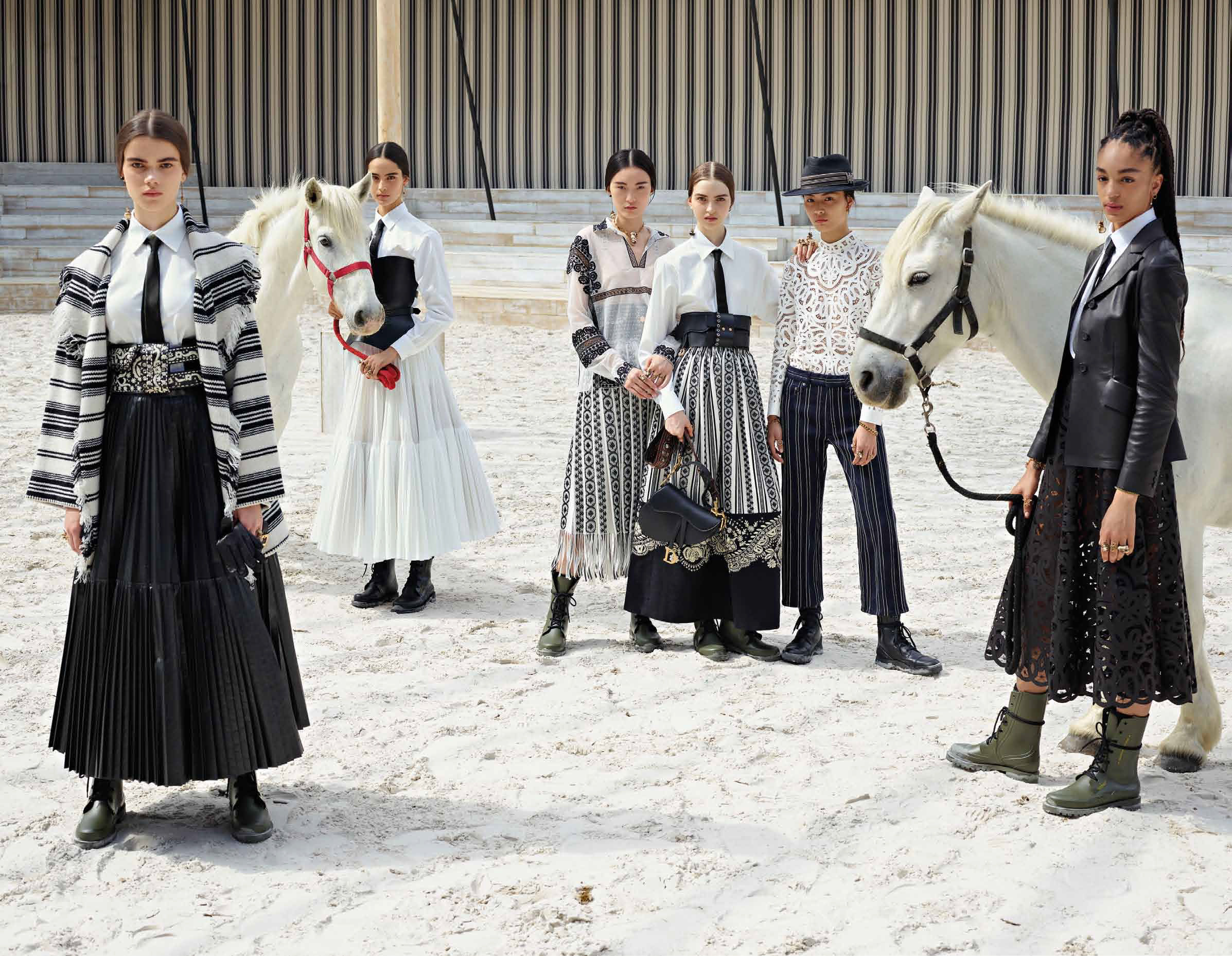 Mexican women riders who have claimed the right to participate in the Charreada – an equestrian practice of performing several challenging routines in front of the crowd – just as the male riders do. With their strong, sculpted bodies clad in costumes that emphasize their femininity (full dresses, embroidered according to traditional skirts, embroideries, bright colours, large hats and dressmaking methods, with lace inlays given the flowers), these women are the inspiration for Dior Cruise 2019 collection. Maria Grazia Chiuri, Dior Artistic Director for the women’s collection, interpreted these elements that combine tradition and freedom in a contemporary way.

The collection is punctuated with different materials, such as toile de Jouy, which has been revisited and modernized, its picturesque scenes features the introduction of a series of wild animals, including tigers and serpents. Lace, whether light or opulent, layered in pleated flounces or perfectly rounded, is set off by black rubber boots that contrast with the more contemporary elements: transformed tulle skirts and bar jackets possess an assertive air. The tulle blooms a powerful red as well as in powdery shades.

The collection also references The House of the Spirits, the first novel by the Chilean writer Isabel Allende, with its portrayal of independent female characters. Wide-brimmed straw hats, created by Stephen Jones, are worn with white dresses, embroidered according to traditional dressmaking methods, with lace inlays given the flowers), these women are the inspiration for Dior graphic impact through the use of black. Chantilly, a town linked to the tradition of lace, but also to Artistic Director for the women’s collection, the great French equestrian tradition, provides a interpreted these elements that combine tradition symbolic setting for this collection.

Dior’s signature bag, Lady Dior, features all the hallmarks of Dior leather goods: soft lambskin top-stitched with the Cannage motif, rounded handles and D.I.O.R charms. An architectural piece, it is the symbol of Couture elegance and refinement. This season, in tune with the Cruise 2019 theme, the bag is adorned with a Toile de Jouy pattern, with silkscreen printed and embroidered calfskin. Another is embroidered with a black leather flowers pattern. One of the highlights is the Lady Dior in embossed Toile de Jouy and hand painted black skin adorned with a lion and a snake pattern. Reinterpreted with charms, a wide shoulder strap and a more supple design, wear this version for guaranteed on-trend style.