There’s so much to cheer for this season, says Jacquie Ang. For one thing, it marks haute couture’s triumphant return to physical shows after a dalliance with digital. And for another, it welcomes the revival of a legendary atelier, with a new caretaker to capture the zeitgeist. “The relaunch of a couture line will offer the highest creative and qualitative level of product to our customer, as well as complete my multi- layered vision for Balenciaga the brand, which ranges all the way up from streetwear to conceptual fashion and wardrobe and ultimately into one-of-a-kind, made- to-measure couture pieces… Couture is the highest level of garment construction that is not only relevant in today’s mass-production industry, but even absolutely necessary for the survival and further evolution of modern fashion.”

– DEMNA GVASALIA, on bringing haute couture back to the maison 53 years after founder Cristóbal Balenciaga left the fashion industry. The successor marks his haute couture debut with Balenciaga’s 50th Couture Collection. Deftly blurring demarcations of past, present and future, he transforms the parka into an enigmatic opera coat in satin faille with a hoodie structured to frame the face. Inspired by an archival look, it reflects the founder’s masterful architectural construction, while casting Gvasalia’s maverick eye on modern dressing. No wonder Rihanna chose this for her statement-making entrance at the Met Gala 2021. “It was when I rediscovered these portraits of Gabrielle Chanel dressed up in black or white 1880s-style dresses that I immediately thought about tableaux. Works by Berthe Morisot, Marie Laurencin and Édouard Manet. There are Impressionist-inspired dresses, skirts that look like paintings and a long white satin dress punctuated with black bows like Morisot’s…”

– VIRGINIE VIARD, on the inspiration behind her collection staged at the Palais Galliera, where a Gabrielle Chanel-dedicated retrospective was exhibited at the time. Punctuated with striking black-and-white numbers, the Pantone-powered 37-look parade brought a lively spirit to the grand backdrop as Viard loves seeing colours in the greyness of winter. 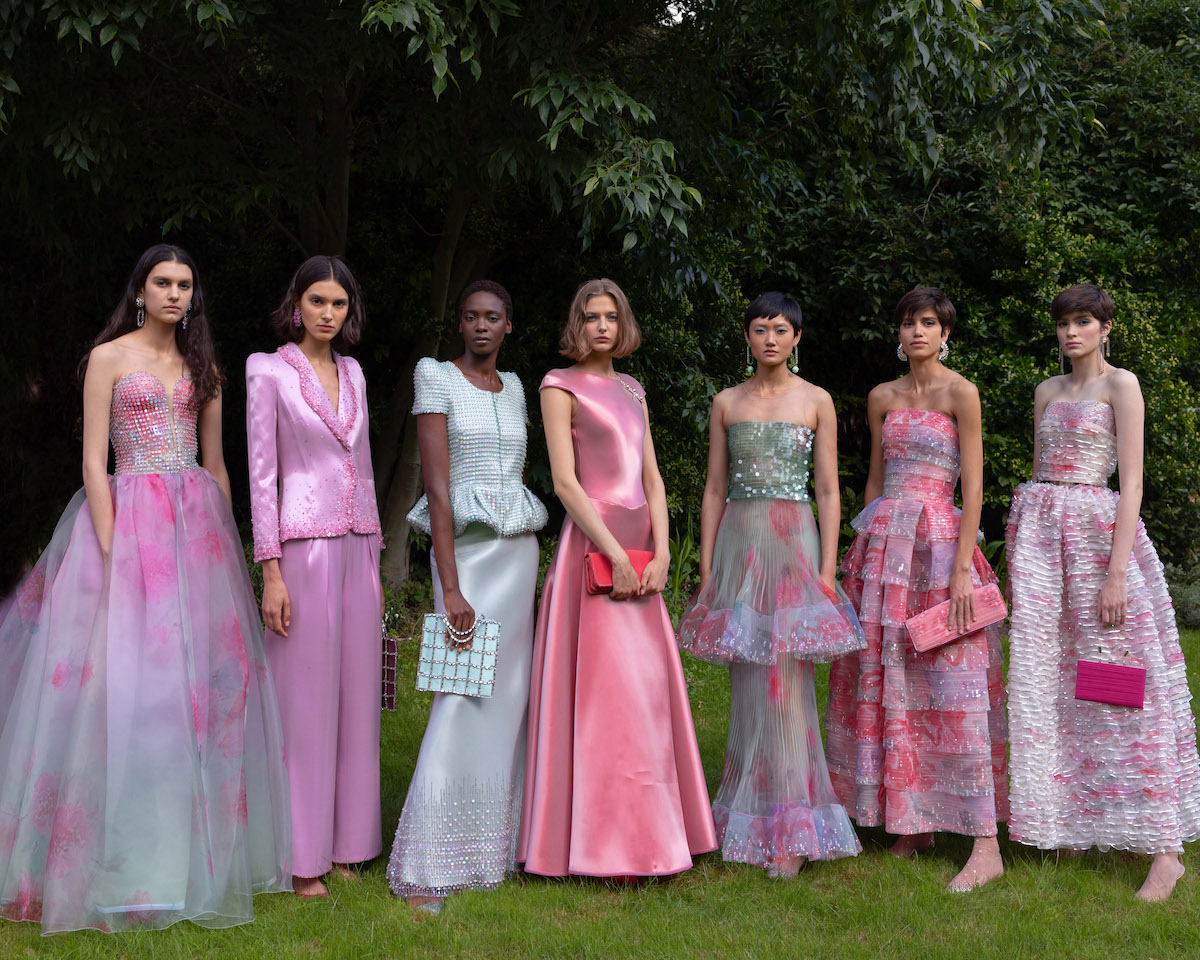 “With this collection, I wanted to express a sense of joy, of rebirth. In order to achieve this, I started, as always, from the fabrics and the colours, which in this instance I wanted to be light and luminous, maybe even unusual.”

– GIORGIO ARMANI, on his comeback to the haute couture runways with a divine collection simply, yet meaningfully, entitled Shine, where fluid fabrics mesmerise with shimmery brilliance. He maxed out the sheen of satins and silks with ultra-fine metallic thread or glistening embroideries, accentuating feminine elegance without adding bulk to the bevy of dreamy looks. 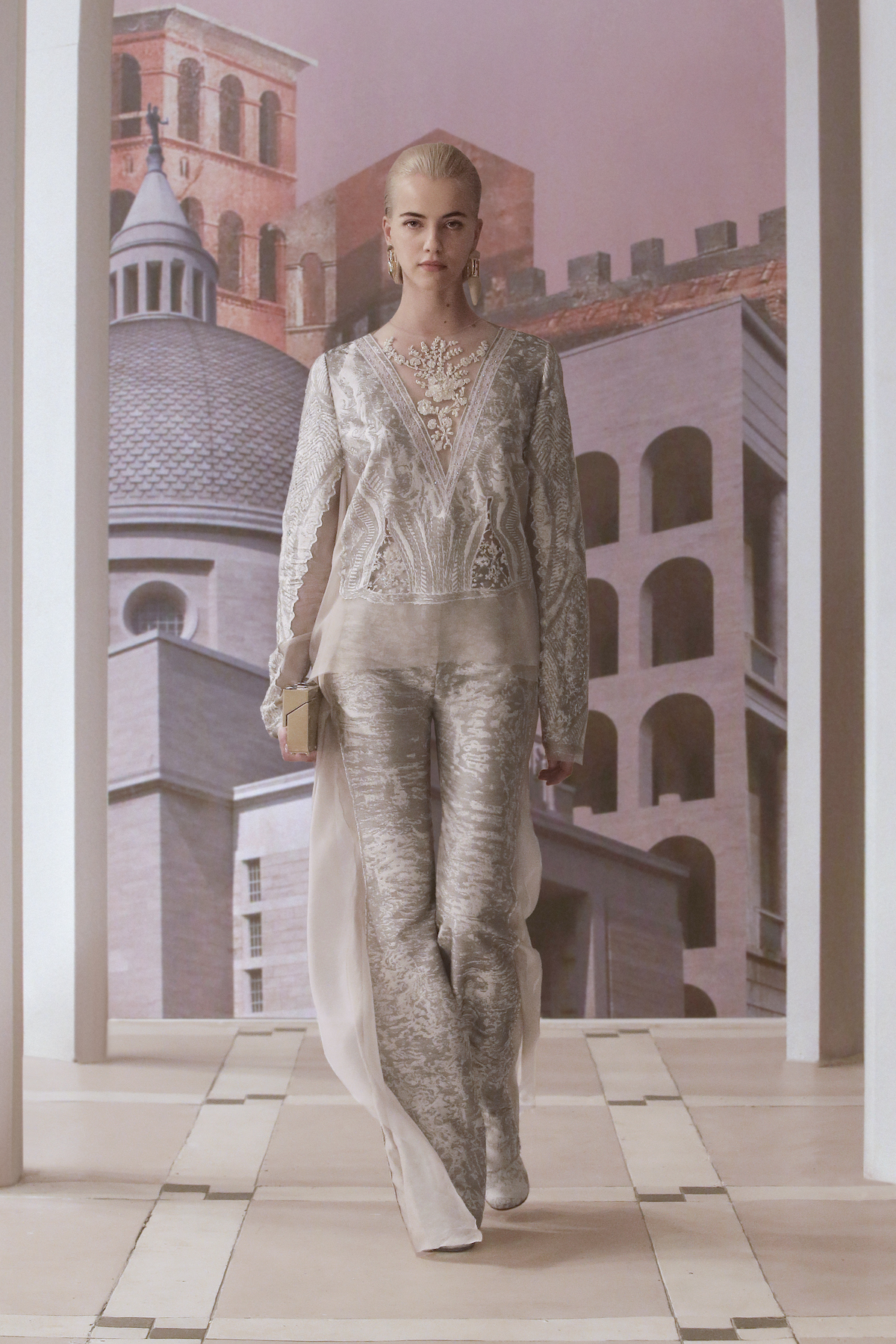 “Pasolini observed Rome become modern – and that is what is interesting to me: connecting eras, the old and the new, the past with the present… Rome is a fascinating city because it has so many pasts, and I was drawn to Pasolini because I have always been inspired by his vision of the world. He is something of an outsider in Roman history, but one whose voice remains constant.”

– KIM JONES, who rediscovers the Eternal City in a different light through the lens of Roman film director-intellectual Pier Paolo Pasolini. His phenomenal interpretation of overlapping temporalities transforms scans of antique furs and fabrics into otherworldly silk jacquards, embellished with exquisite Cornely embroidery and crystal beads. “Alessandro Teoldi was the first artist to join Des Atelier factory, and probably the first one whose work inspired the whole collaboration process… He chooses to express intimacy, human connection and love. He does that by using different materials that sometimes may seem to collide with the concept itself… When it came to translating that idea to the dresses, we chose to adapt this ‘everyday life’ approach to intimacy by using different fabrics and colours. The red dress is made up by all the different shades of Rosso Valentino that have been used in our atelier throughout the years… the two-dimensional perception of an embrace then became the volume of the embrace itself.”

– PIERPAOLO PICCIOLI, who believes that “painting is to contemporary art what haute couture is to fashion”. This Valentino Des Ateliers collection initiated an experimental dialogue that brought contemporary artists into the alchemical process of atelier work. The two-dimensional nature of painting meets the three-dimensional quality of fashion, opening up to refreshing perspectives in the maison’s couture codes. “The main thought that guided me during the whole creation of this collection was the search for tactile awareness… Adding value to craftsmanship and making it visible are at the heart of the haute couture tradition. We worked on the theme of this collection by focusing on the potential for textile transformation and craftsmanship innovation, while returning to the spirit of sewing.”

– MARIA GRAZIA CHIURI, who found her starting point from the book Threads of Life: A History of the World Through the Eye of a Needle by Scottish textile artist and curator Clare Hunter. She enlisted Lanificio Luigi Colombo to develop tweeds specially for the collection, characterised by remarkable fabrications and a palette of natural hues. The luxury fabric specialist did not fail to impress, creating tweeds out of feathers.