What started as a custom, co-designed tour wardrobe has now turned into a full-fledged partnership. For Balmain’s creative director Olivier Rousteing, Maluma’s music has long been his go-to for dancing. The two first met four years ago during Paris Fashion Week and they finally worked together for the first time last summer, on Maluma’s look for the MTV VMAs. “For me, fashion could never exist without music,” said Rousteing. “So he was just the perfect match.” 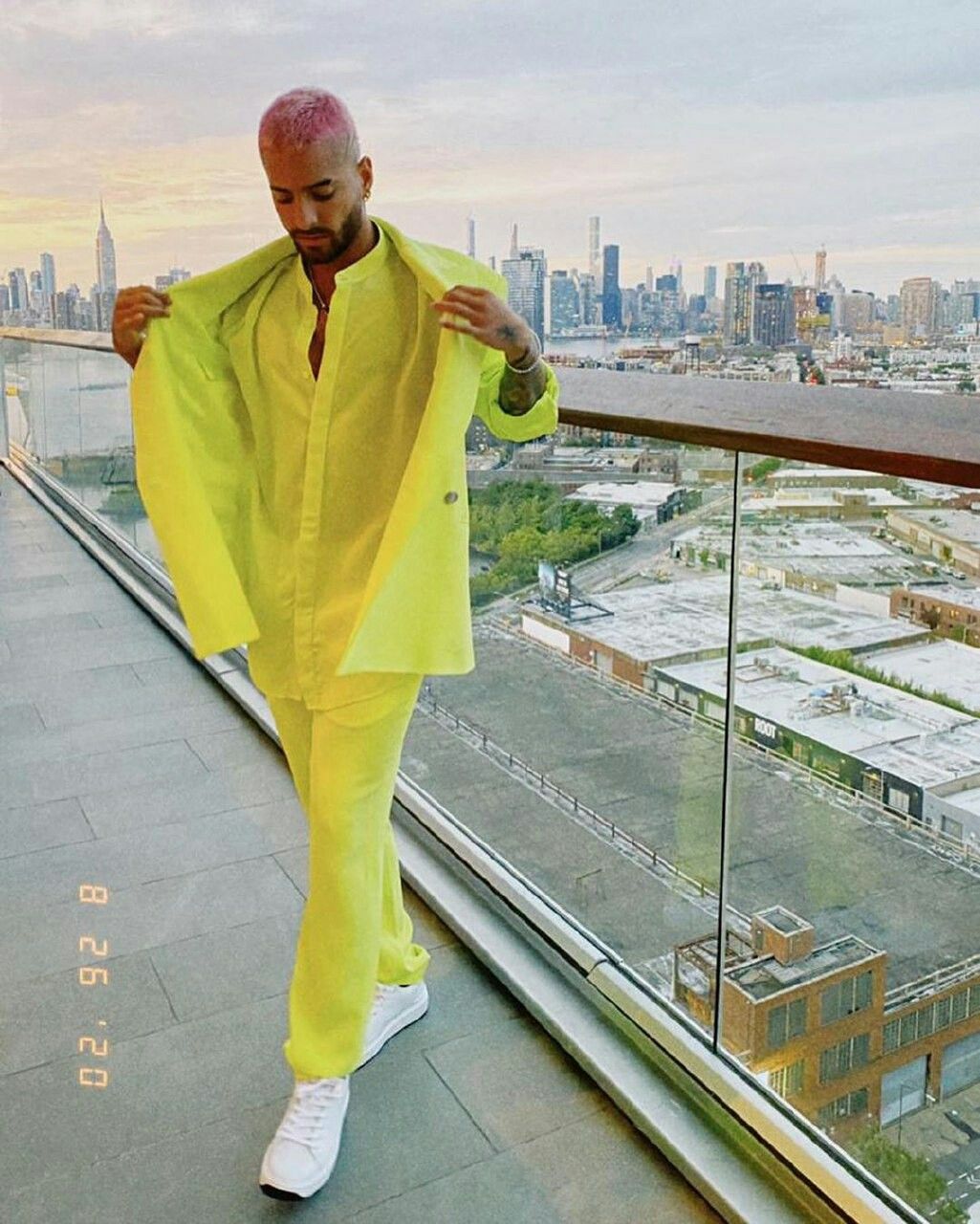 As told to WWD, Maluma expressed his experience working with Olivier and Balmain team: “It was an amazing creative journey for me. It’s been one of my goals to work with a respected fashion house on a collection, but this journey was more exciting as Olivier pushed me to design with him, and that process was like making music — connecting the dots to create energy for the fans. The colors and styles of this collaboration were influenced by my fifth album Papi Juancho, which had an edgy style influenced by the Miami Vice vibe. Colors and comfort when I made this album during the pandemic were extremely important to me because I couldn’t be on tour at the time to perform my songs, but I wanted colors to give them great energy.”

There’s always a deep desire from Rousteing to do something outside of the luxury French side of Balmain, and the conversation with Maluma continues in this direction. “I know that sometimes in the typical fashion world, when you say French or luxury, sometimes it feels like, ‘do you want to bring music to that kind of French house that is from 1945?’ And, I think the reason why I did that is that basically, the house is so French, and so from 1945, that for me is such an important moment to be at Balmain as a witness of the time.” 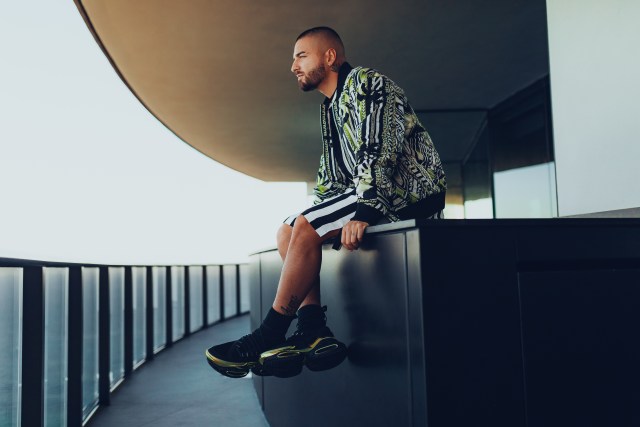 Maluma is not just an incredible singer but also also represents a prominent influence in the fashion community with his joyful and happy personality. “I think he’s bringing a lot to the fashion community with his joy and his happiness and the fact that he’s always playing his style from different kinds of houses from around the world, mixing different cultures as well,” said Rousteing. “I think the collaboration with Maluma is obviously giving to Balmain and pushing the aesthetic more internationally.” Though having only visited Miami twice in his life, Rousteing grew up “obsessed” by the oversized tailoring in Miami Vice and by the glamour of the city in the 1980s. The collection skews casual, with printed T-shirts in bright neon colors, a hoodie, a track jacket, a pair of sneakers, a pin-striped blazer with matching drawstring bottoms, and a black-and-white striped shirt and short set.

Style
By Prestige Editorial
Sign up to get the latest luxury and lifestyle news delivered to your inbox.
Liviani Putri
Writer

A touch of the Renaissance in Max Mara’s SS21 collection

Bag to Basics: Trending bags of the season

Watch the behind-the-scenes of our feature with @n

@louisvuitton’s summer 2021 collection is a trib