What on earth is Emily in Paris wearing in Season 2? 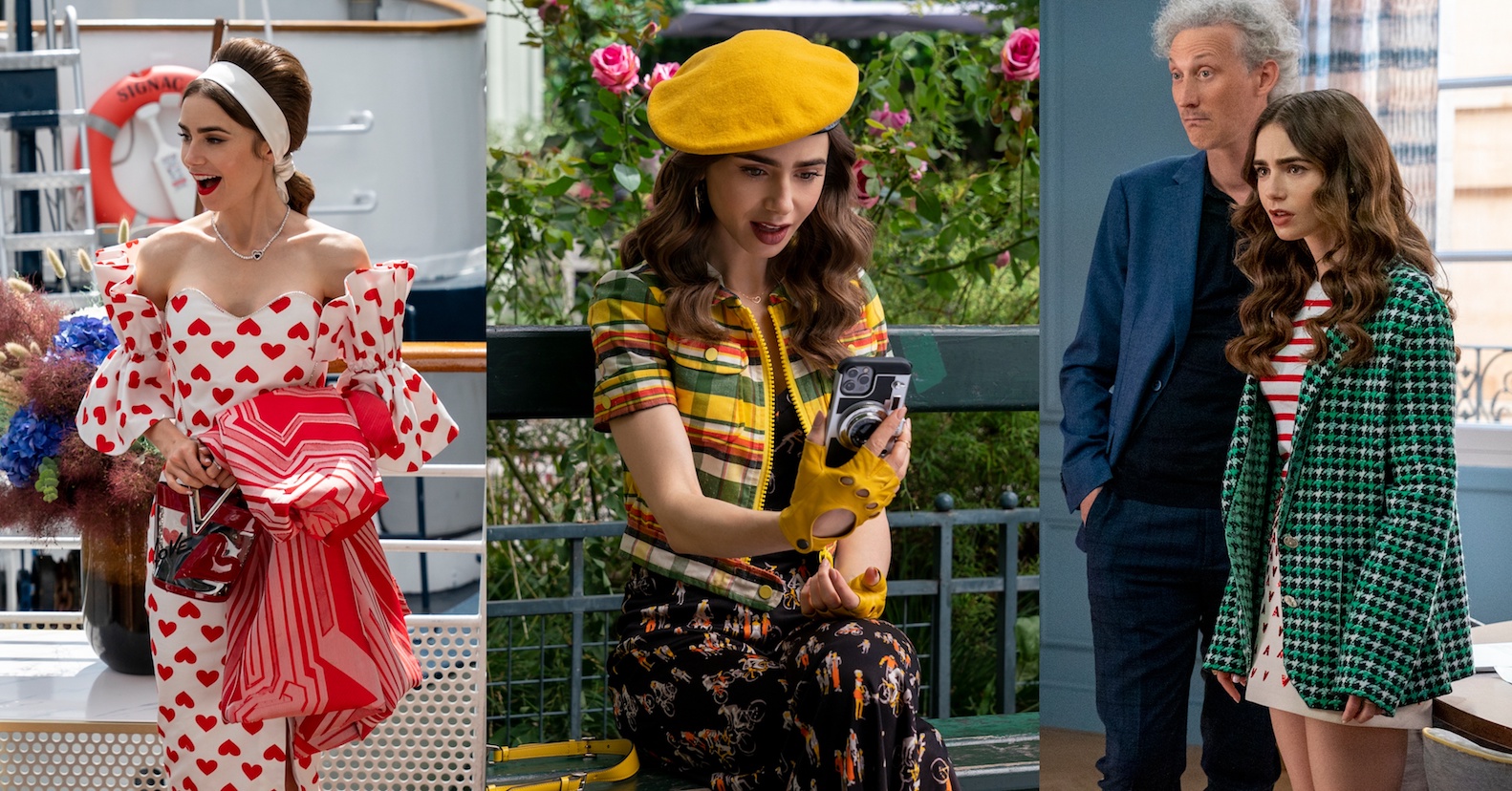 Style
What on earth is Emily in Paris wearing in Season 2?
Share
Next article

“Too much good taste can be boring,” is how the costume designers behind Emily in Paris described the outfit choices of their leading lady.

Well, they stuck to that motto pretty faithfully in Season 2 of the Netflix series, which has just launched. Little has changed from what we first saw of Emily Cooper. Played by Lily Collins, Emily is an American white girl who moves to Paris to work for a French marketing firm — without knowing a word of French, of course.

Ignorance aside, what really incensed fashion fans was Emily’s awful take on French style. Instead of effortless, she gave us extra (and not in a good way). She wore animal prints, clashing colours, bucket hats and berets — often all at once. Her Eiffel Tower blouse was peak tackiness.

Which was kind of the point, as costume designer Patricia Fields revealed.  “She wants to impress,” she said. The aforementioned, offending blouse was “a nod to her excitement at being there — it was intentionally cliché.”

Fields is the same woman who styled the shows Sex and the City and The Devil Wears Prada, so it’s not like she doesn’t know what she’s doing. In fact, she knows all too well that bad taste is everywhere, and even more celebrated today. That’s why a ringarde character like Emily Cooper is the at the centre of Netflix’s hit TV show, instead of any of the well-dressed characters that she’s surrounded by (hi, Camille!).

If you can look past that, you can appreciate that the fashion pieces in her wardrobe aren’t objectively repulsive on their own. We highlight some must-haves that you can shop now and how to pull them off with flair.

What Emily in Paris wore in S2 — and how to wear it better:

Somehow, Emily was able to take the Prada Cleo handbag — one of the biggest It-bags of the year, loved by Dua Lipa, Bella Hadid and more — and make it look… ringarde. She chose the style in yellow, all the better to match her beret (her favourite French style cliché), her jacket and her fingerless gloves. Unless your goal is to look like an omelette, we recommend toning down the sunny hues and using the accessory as the sole pop of colour in your outfit.

A tweed skirt is very Chanel, which to Emily means it’s very French. Unfortunately, she styled it garishly with a clashing red off-shoulder top. The key to tweed pieces, which is now offered by the likes of Saint Laurent and in this case Balmain, is making sure they match. Take it from Olivia Rodrigo and wear Emily’s skirt with a pink tweed jacket.

If there were a single item we could steal from Emily’s closet, it’s these shoes. Resembling an updated pair of ’60s go-go boots, or even Marc Jacobs’ cult-favourite Kiki boots, the shoes would be perfect for Ariana Grande — they even have a similar name. We wish Emily did them justice, instead of wearing the pair with a yellow blazer and a printed skirt (???). When it comes to styling these, less is more, as Bella Hadid showed us.

We’ll give Emily some credit for wearing a Courrèges vinyl jacket, inspired by the French brand’s iconic design from the ’70s. Layering is key with such a statement piece, so be sure to keep the rest of your look simple (something Emily just cannot do). The brand itself recommends a simple white tank and a black miniskirt.

One of Emily’s outfits that we didn’t hate is the off-shoulder mini dress with a giant pink bow on the front. It looked very vintage YSL, except that the dress was actually by Copenhagen label Rotate Birger Christensen and is now sold out. Fret not, because we found a similar piece, this time with sequins, that you can wear to your New Year’s Eve celebrations. Pair with sheer tights to amp up the glamour.

You may have noticed that Emily is particularly fond of heart prints, which may be a nod to the city of love where her life changed, or just the costume designers’ way of alluding to the many romantic plots that run throughout the show. Whatever the case, you can flaunt them too with this Saint Laurent piece. Add some edge to your look with a pair of the French brand’s killer heels.

We’ll admit, these gladiator shoes are a little hard to pull off — and literally, because of the many straps that you’ll need to fasten. But if you think they’re worth the effort, forget the peplum and miniskirt combo that Emily wears (is it 2008 again?). Instead, go for a babydoll dress.

We’re not going to tell you how to style this everyday Longchamp bag because it’s really hard to get it wrong. We just have faith that you won’t wear it with an outfit of clashing colours a la Emily.