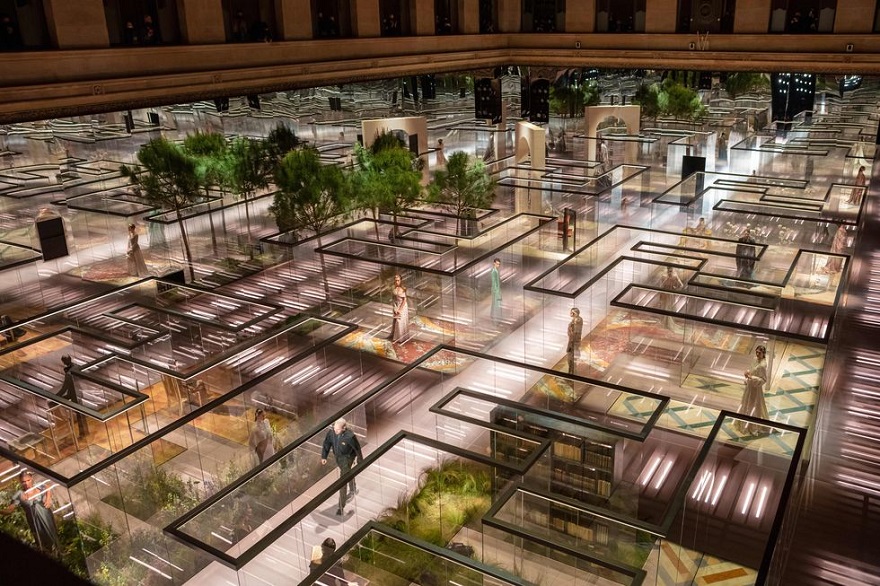 From Dior to Chanel, we’re living the fantasy that the foremost designers given us through this season’s couture collections

As the world changes, the world’s foremost fashion designers were quick to adapt so that the world can witness and enjoy their creations, now more than ever. Shows are broadcast live through their websites and social media channels, making them more accessible as maison extend the invitation for the whole world to see. Now that couture week is back, the fashion houses are giving us the fantasies that we all needed to escape this moment. Here are our favourite looks from the spring 2021 couture shows…

Dior
Maria Grazia Chiuri turned to tarot cards and their imaginary worlds through a visual language that is rich in complex and fascinating characters. Dior’s spring/summer 2021 haute couture collection explores the mysterious and pluralistic beauty of the tarot in a series of evening gowns via a short film titled Le Château du Tarot.

Valentino
Titled Code Temporal, the Valentino spring/summer 2021 haute couture collection presents a compelling narrative, which is the collection itself. No stories, nothing figurative, Pierpaolo Piccioli wanted to work in surfaces; not in a decorative sense but through workmanship which becomes the surface itself. Filmed in the Roman Baroque palace Galleria Colonna, the whole collection presents a glimpse of a modern couture, with a new minimalism in mind. Sightings of a few men’s looks becomes refreshing while towering platform heels and touches of brilliant bright colors are definitely hard to miss.

Chanel
There’s an intimate feel to Chanel’s spring/summer 2021 haute couture show at the Grand Palais. The collection itself brings a hopeful sense with itsairy, timeless design. Virginie Viard set the tone for the show as a family celebration where generations all come together like in a wedding. “I’m always thinking about what women would like to have in their wardrobe today,” Viard concludes.

Fendi
This is Kim Jones’s debut for Fendi Couture and it did not disappoint. Held at the Palais Brongniart, the collection is inspired by Virginia Woolf’s gender-blurring novel Orlando to the visual language of Bernini’s marbles. The show navigates a unique journey from the British Bloomsbury Set to Rome’s Galleria Borghese. The looks are presented through a glass maze installation in the form of FENDI’s famous double F logo.

People & Events
By Joezer Mandagi
Sign up to get the latest luxury and lifestyle news delivered to your inbox.
anindyadevy