His third collection, yet the first real-life showing for the House of Givenchy since Matthew M. Williams took the reins in 2020, Givenchy looks to revolutionize haute couture through the lens of abstract art and streetwear.

This marks Givenchy’s first show since Matthew M. Williams took reins of the design house in June of 2020. A Donda graduate along with some of the biggest names in fashion like Virgil Abloh, Williams did not disappoint. Best described as an explosion of ambitions and ideas set inside the La Défense Arena where a softly-lit, giant oval structure was set in place, giving the show an overall futuristic look and feel. 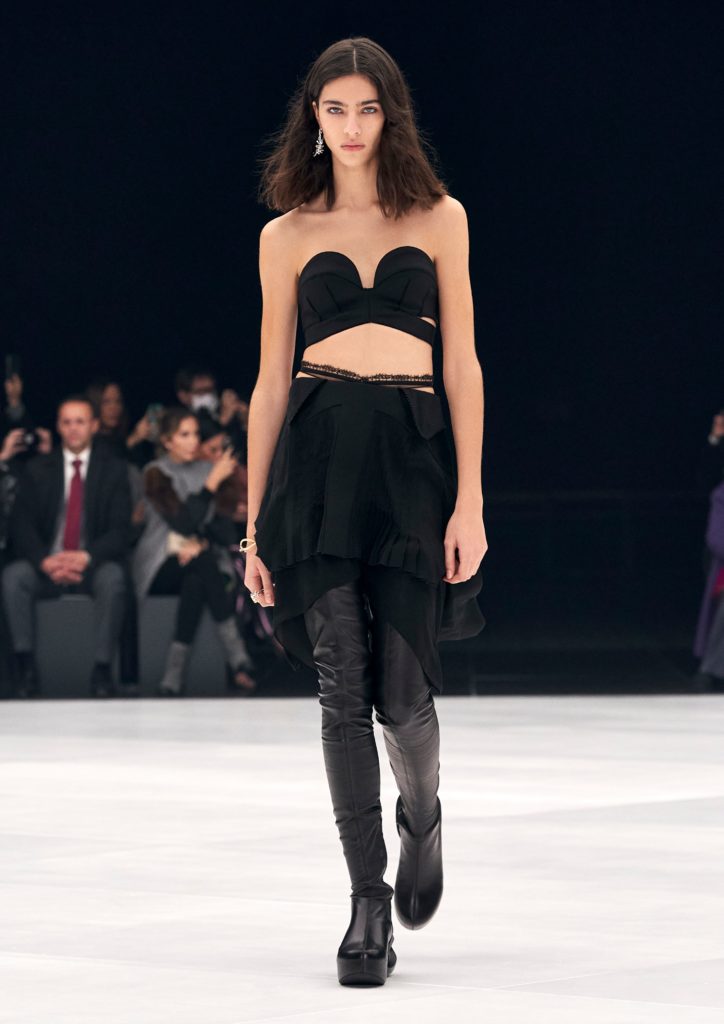 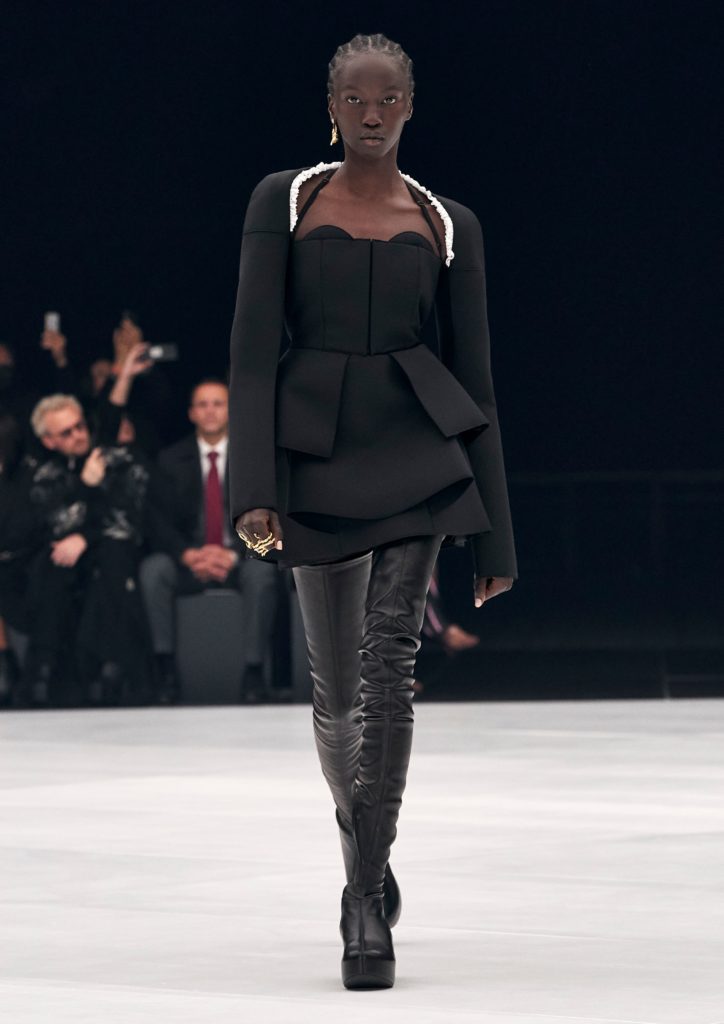 The pieces themselves features a silhouette reminiscent of the 1940’s, with its sculpted shoulders, Williams had worked every garment to a degree of intricacy that simply begs to be admired without trying too hard. Bringing streetwear influences to haute couture and back again, Williams had successfully revolutionized the way we look at his pieces.

Collaborating with artist Josh Smith, Williams interpreted Smith’s artistic, abstract visions through his own lens and woven them into fabric and leather, creating the silhouettes we see on stage – giving life to textures unlike anything we’ve ever seen. This pattern is presented prominently, sometimes with it being overlaid with a transparent fabrics printed with similar motifs, it is reminiscent of a look which came from the streetwear fashion scene which had transcended its boundaries and floated its way into the world of haute couture. 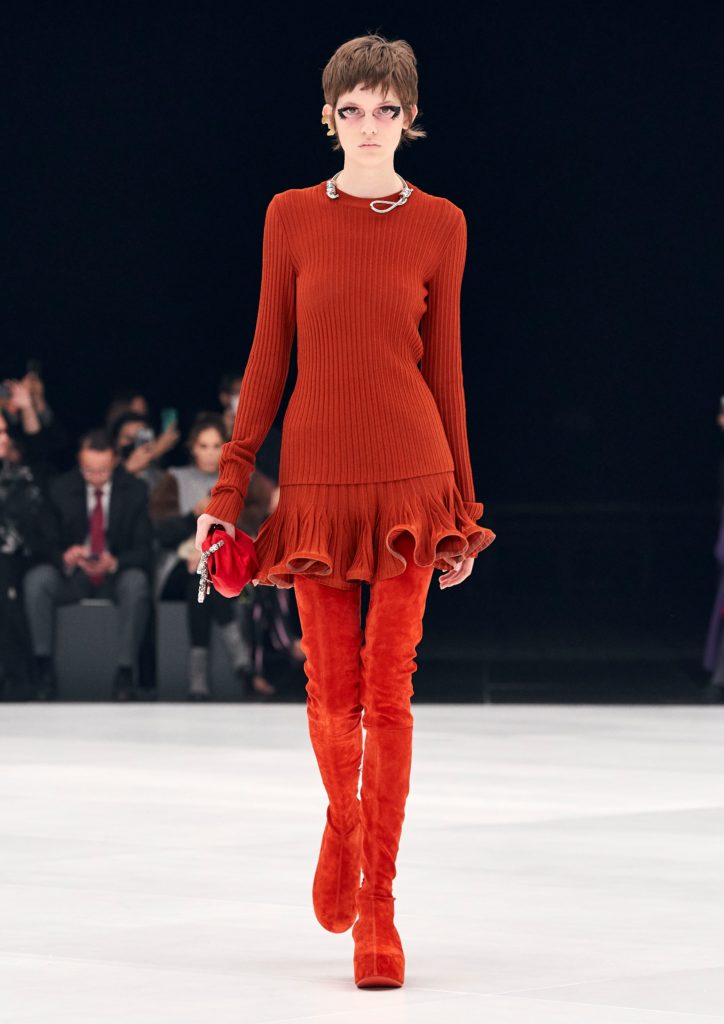 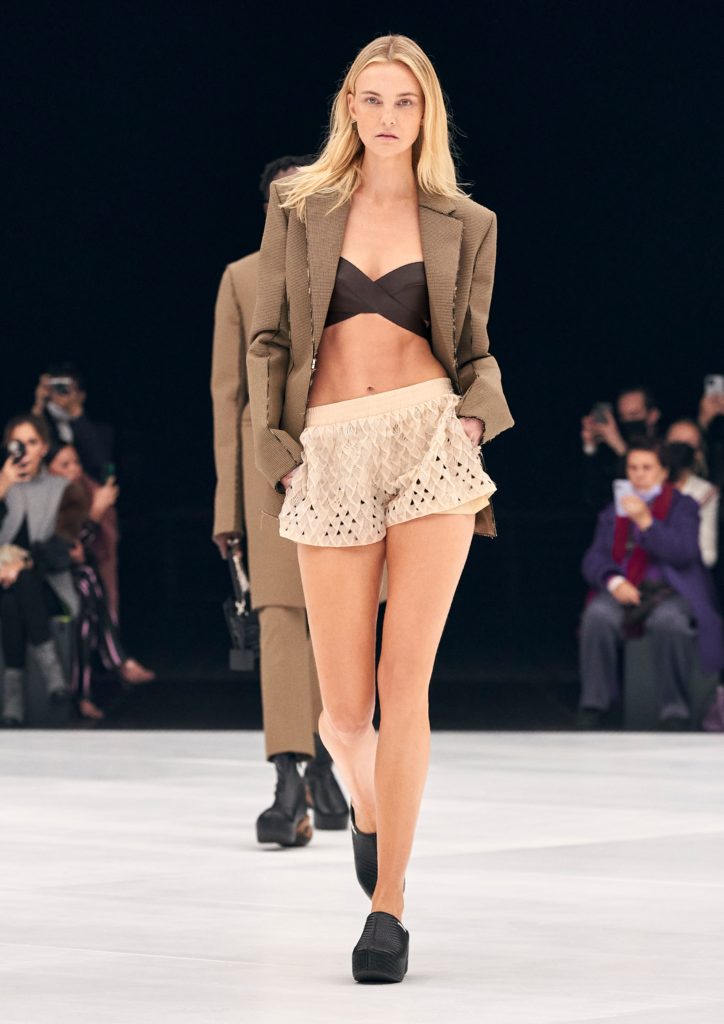 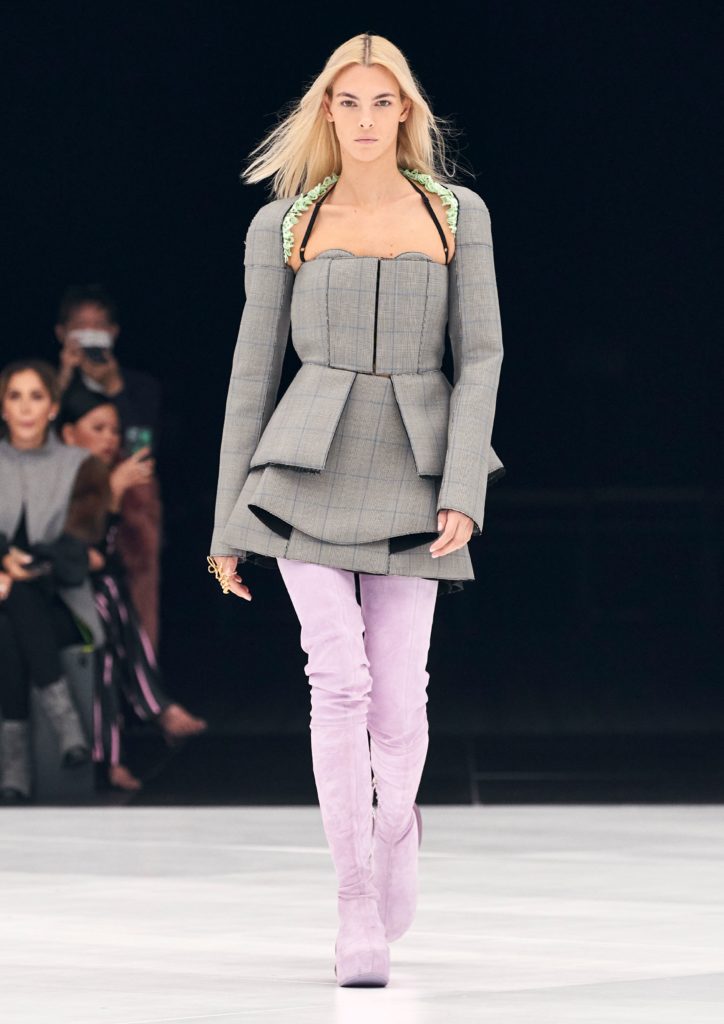 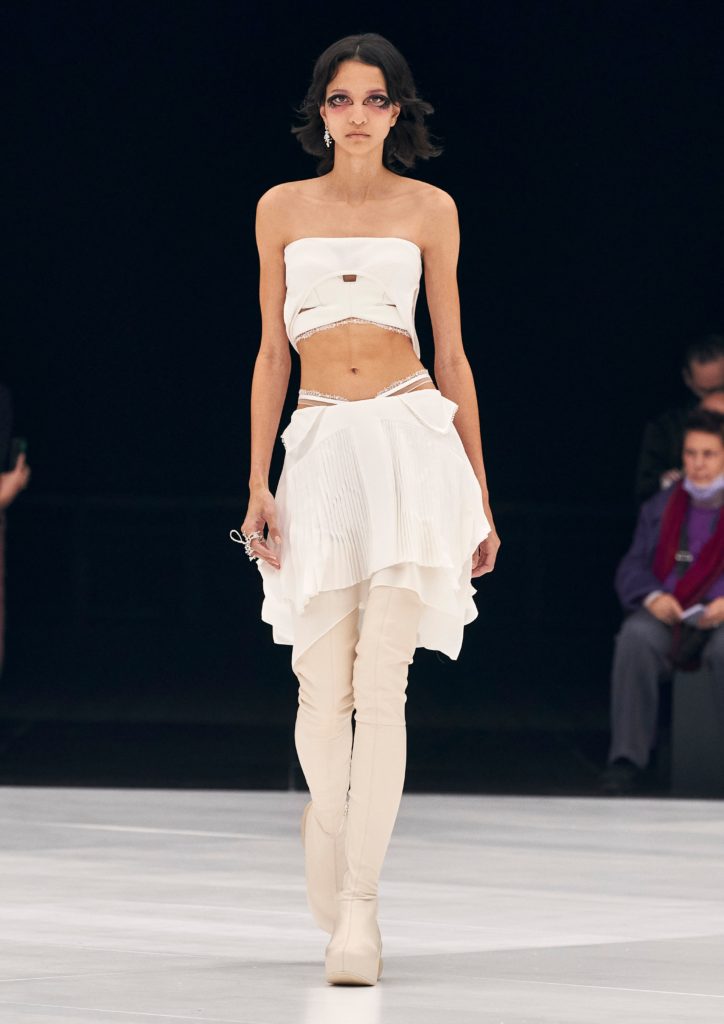 Catch more glimpses on Givenchy’s Spring/Summer 2022 Collection through the video below: