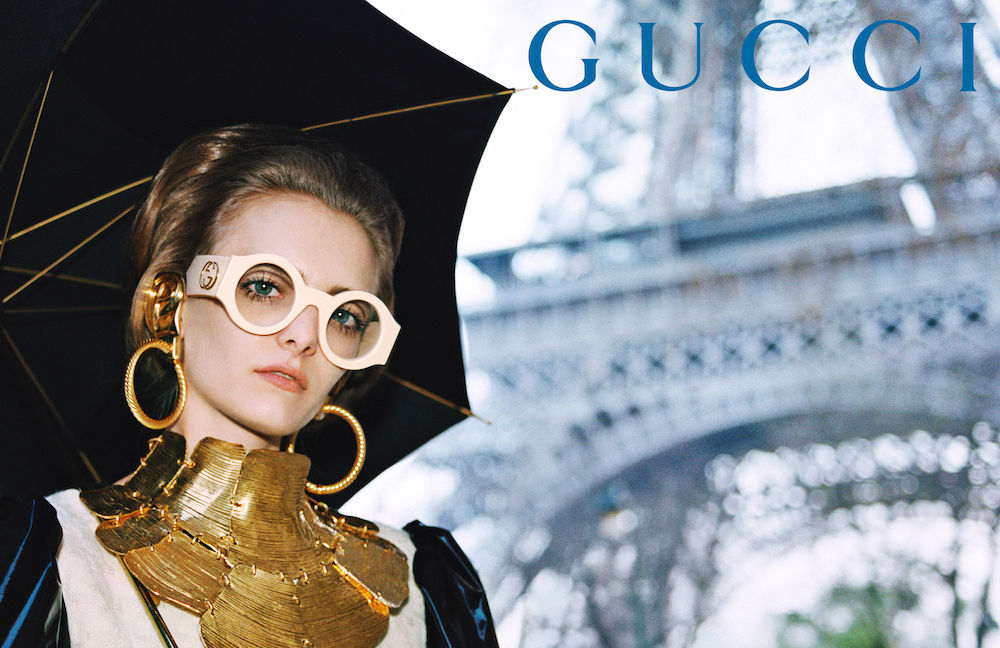 A tale of generations past lies between every fold of a cloth, within its drape, texture and patterns. One just needs to be a visionary to see it. Fortunately, Alessandro Michele, creative director for Gucci since 2015, has the gift to not only visualise the story of fashion, but also narrate it in his inimitably bold style with the newly launched #GucciPrêtÀPorter Fall Winter 2019–2020 advertising campaign. Uniquely original, as expected from Michele, the series pays tribute to the luxury’s house’s iconic ready-to-wear creations through the four decades of the 50s, 60s, 70s, and the 80s. The aim? To bring the focus back to the clothes.

The story here begins from that very idea that first leads sketch pen to paper, and then from the drawing board to fittings, trials, and finally the runway, from where it makes its way to magazine covers and the audience at large. And it’s this unfolding tale of creation till completion that is revealed in the advertising campaign. Juxtaposed against old-style magazine and newspaper headlines, Michele’s contemporary designs are the stars here. Credit for bringing Michele’s vision to life goes to the very talented Glen Luchford, whose brilliant photography captures the spirit of bygone eras with effective imagination. The impeccable art direction of each layout by the highly renowned Christopher Simmonds impresses with its evocative flair.

According to Gucci, the campaign is “a tale of objects, not characters, with wordings intentionally old-world, because the clothes’ true tale will be told by their wearers. Through a dynamic visual narrative, it is suggested that the product must take center stage. The clothes take on the role of absolute protagonists and tell their own story, and for this reason, are deserving also of the title and the cover. In other words, it is an evolution from the immaterial to the material.”
Gucci GucciPrêtÀPorter