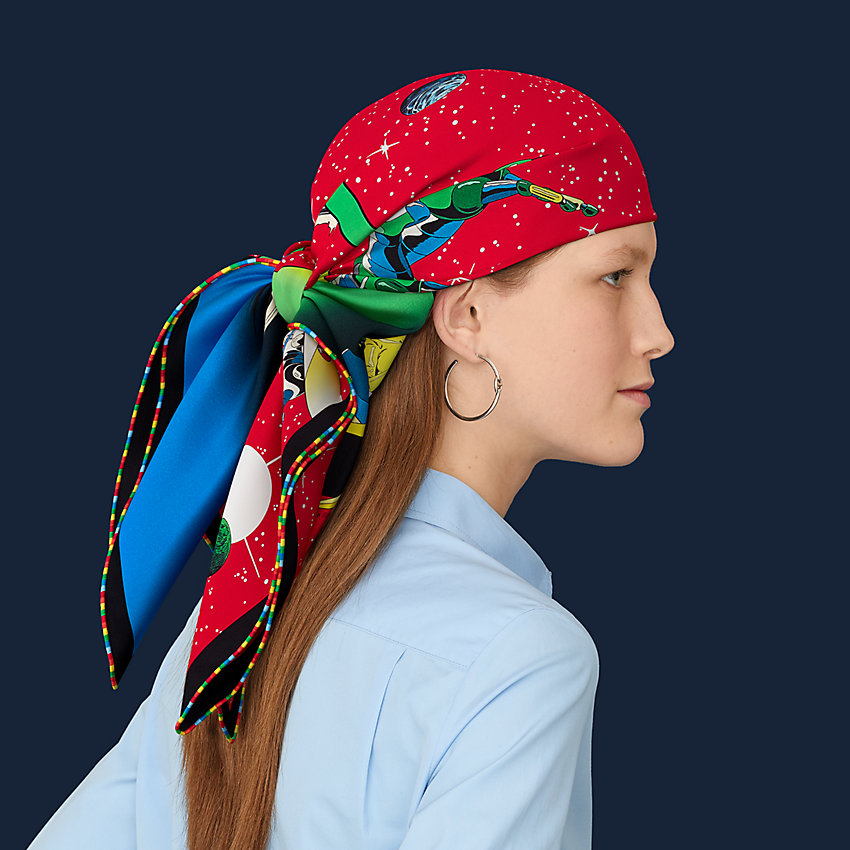 Hermès carrés: The stories behind the maison’s latest scarves

Style
Hermès carrés: The stories behind the maison’s latest scarves
Share
Next article

Considered works of art on silk squares, Hermès’ latest range of carrés oscillates between the bright and the bold. Jacquie Ang uncovers the secrets behind this quartet. 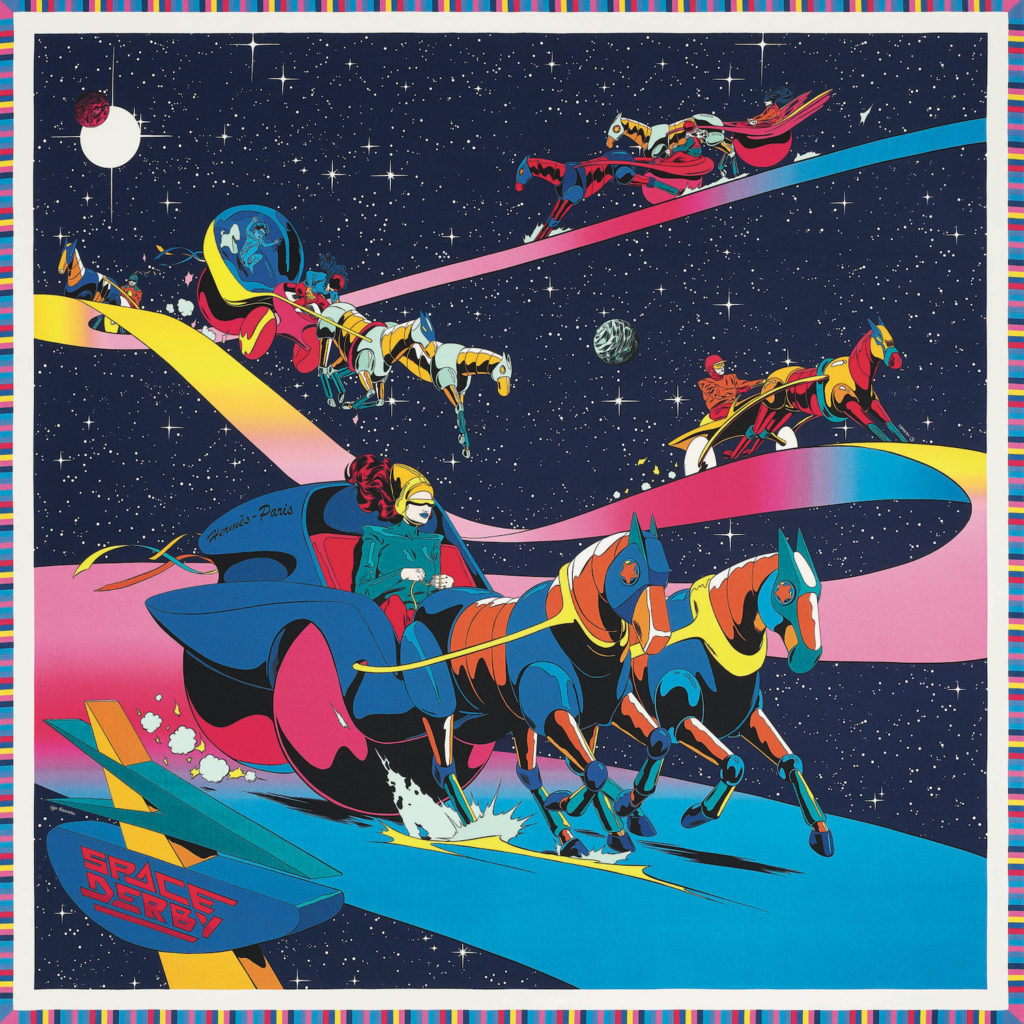 Animation director, illustrator and first-time carré collaborator Ugo Bienvenu brings a cosmic spin to Hermès. Channelling American comic books from mid-20th century, his signature style conjures up a space derby of six teams competing on a track among stars and planets. Nonetheless, it looks like Bienvenu’s Hermès woman, depicted here as a futuristic superheroine, is taking the lead in this thrilling race!

Fun Fact: Bienvenu has been a productive contributor to the maison in his first season. Besides creating a comic strip for a double-faced carré – the coloured side in French and the monochromatic side in English – the “Space Derby” design also adorns enamel bracelets and a pendant that doubles as a pillbox. He also produced a series of animated clips for the maison back in December. 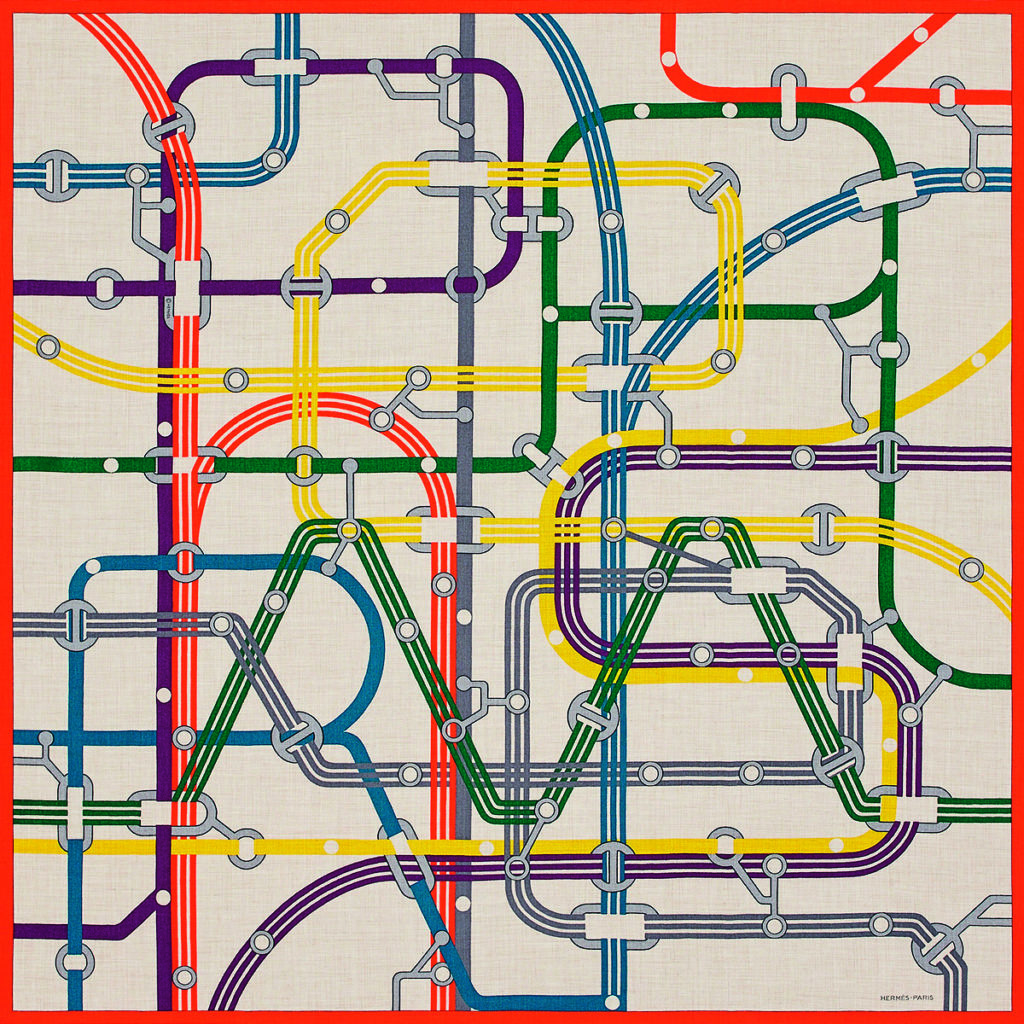 Artist Jin Kwon reimagines big-city metro lines on this carré, mapping out stations denoted in the form of a cherished Hermès motif – the Chaîne d’ancre links, born in 1938 when the late Hermès CEO Robert Dumas drew inspiration from a ship anchor for his bracelet design. But that’s not all, look closer… Can you find all the letters of the “Hermès” name hidden in the metro lines?

Fun Fact: Jin also conceived the bottle design of the limited-edition Terre d’Hermès fragrance. She succinctly expressed the scent’s warmth and density of woody notes, the softness of benzoin and the radiance of shiso, with simple, yet powerful, vertical lines symbolising rays of sunlight. 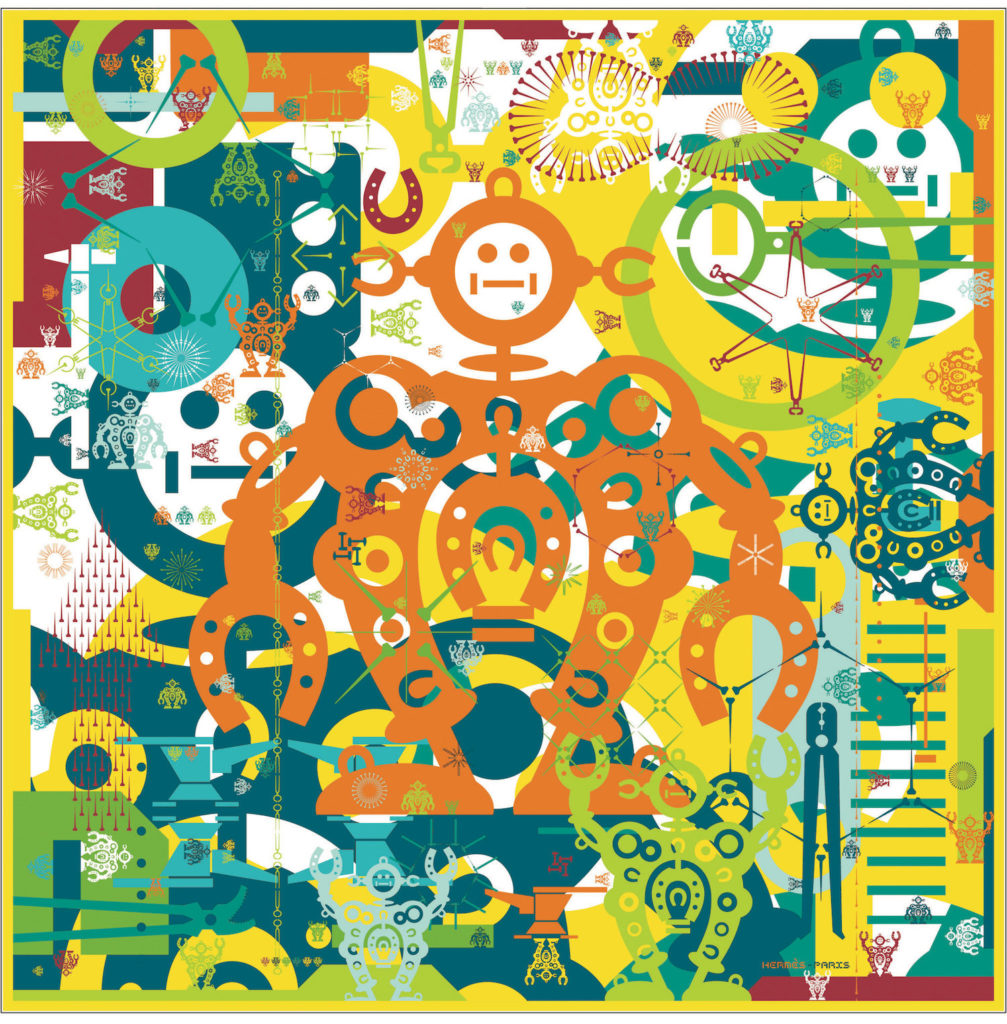 Say hello to Hermès’ new mascot, Mr Farrier. Created from the shape of horseshoes of different sizes, the robot is the brainchild of Hong Kong designer Kin Fan Lo for the 2019 Grand Prix du Carré Hermès, which saw nearly 5,500 applicants from 123 countries. He was awarded second place by a jury chaired by Pierre-Alexis Dumas, artistic director of Hermès. The charming figure is depicted on this graphic scarf surrounded by stylised renditions of a farrier’s tools.

Fun Fact: Lo’s whimsical nod to the maison’s equestrian heritage spotlights the farrier, a blacksmith who specialises in shoeing horses. It is said to be an expertise that encompasses the skills to shape and fit horseshoes, as well as veterinary know-how in equine hoof care to clean and trim a horse’s hooves. The word “farrier” can also be traced back to the Latin word “ferrum”, meaning “iron”. 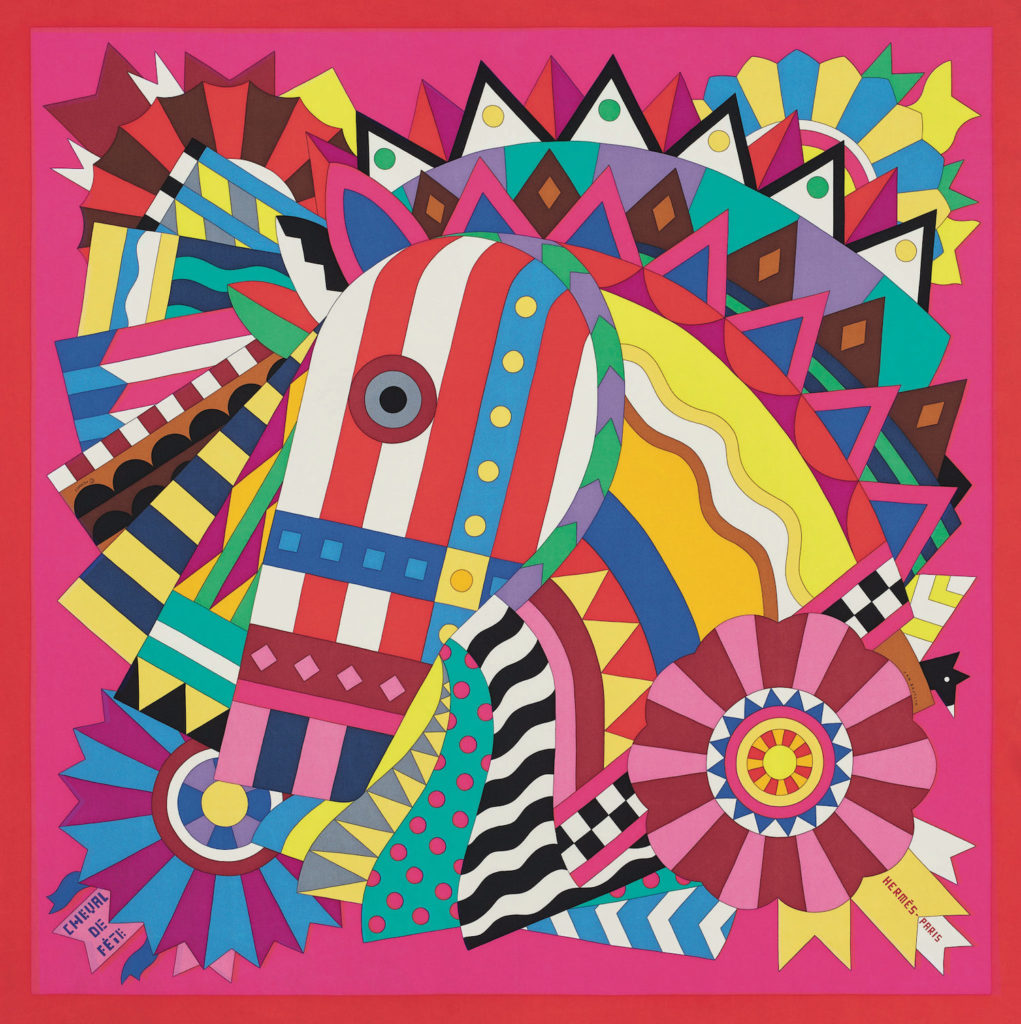 An Hermès collaborator since 2016, Jan Bajtlik pays homage to the Polish School of Posters from the 1950s to 1970s. It was a time when graphic designers in Warsaw broke with the era’s conventions to elevate the art of detail with just simple lines, as honoured on this carré in cockades, ribbons, and geometric patterns energised with the power of colour. Spot the multidisciplinary artist’s dog Kluska in this exuberant composition!

Fun Fact: So beloved was Kluska that she once appeared 18 times on an Hermès scarf – Bajtlik’s first design for the maison. The “Animapolis” carré from Spring/Summer 2019 depicted his dream, where all creatures from billboards and big inflatable advertisements came to life and dominated a city. The artist had found Kluska when she was just a puppy, in a box discarded in the forest a few winters ago.

Beauty & Wellness
By Stephanie Ip
Sign up to get the latest luxury and lifestyle news delivered to your inbox.
Jacquie Ang