It’s a bit of an understatement to say that the Louis Vuitton Cruise 2020 collection is flamboyant. It’s a total antithesis to the normcore, streetwear fashions as of late. Nicolas Ghesquière staged his show at the Trans World Flight (TWA) Centre. The iconic American airport terminal—designed by renowned Finnish-American architect Eero Saarinen in 1962—was his very first introduction to America. The French designer touched down at the TWA Center on his momentous transatlantic trip and recalled being in total awe of its sheer beauty. One can argue it solidified his love for architecture. 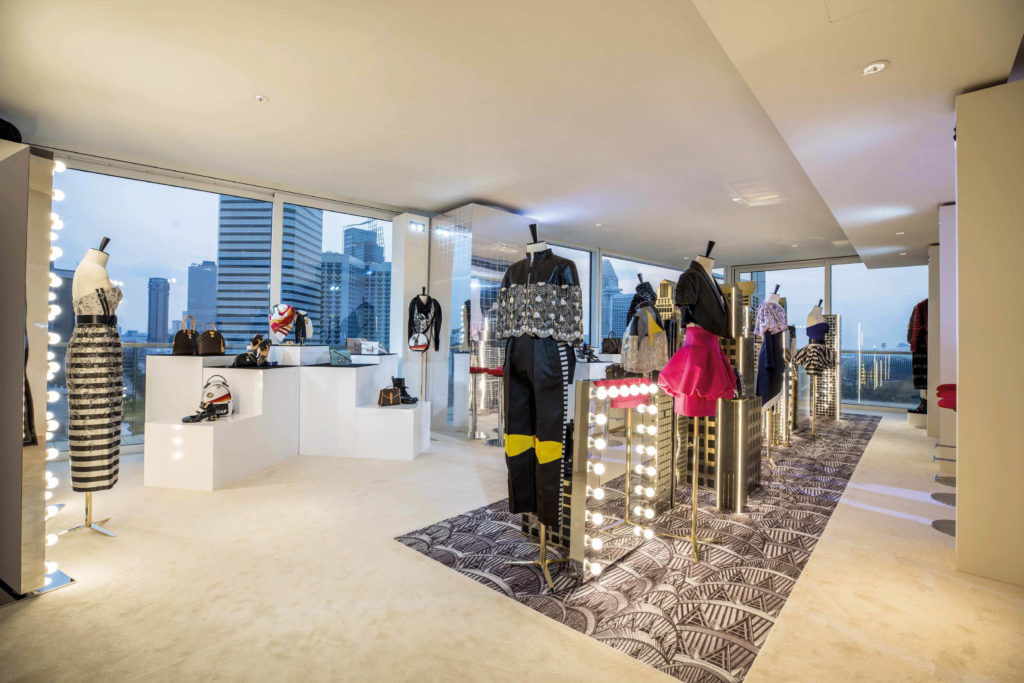 His Louis Vuitton Ready-to-Wear Cruise 2020 collection is an homage to his trip to New York. This personal recollection, along with LV’s sartorial discourse between New York and Paris, is evident on each covetable piece. Whether a dress or bag or pair of shoes, the collection is an amalgamation of styles: American ease and French couture; vintage and futuristic; minimalist and maximalist. It’s a wild play of contrasts. A number of looks exhibited opulent velvets that were audaciously sewn with sequins and floral appliqués. Robust leathers were surprisingly juxtaposed with couture embroideries. There was also an unexpected referencing and mixing of regal Elizabethan clothing and The Jetsons fashion. Glamorous balloon skirts and oversized jackets were styled with shape-enhancing bustiers. World-famous skyscrapers like the Chrysler Building has been transmuted into metallic handbags, while its signature Art Deco design were made into dazzling brocades. New York and Gotham City skylines and cityscapes were made into sophisticated graphic prints. Shoes were mostly military boots bedecked with steel toe caps, very tough chic. And iconic LV handbags—Petite Boite Chapeau, Dauphine, and Alma—were reshaped and reimagined. The Louis Vuitton Cruise 2020 collection celebrates the creative mash-up of cultures, ideas, and inspirations that Louis Vuitton is known for. Showcased in a dramatic backdrop of the world’s historic airport terminal, in a city that never sleeps, it is a perfect symmetry of Maison’s travel ethos and Ghesquière’s archi-Space Age aesthetic.

Talk to Me About:
Style