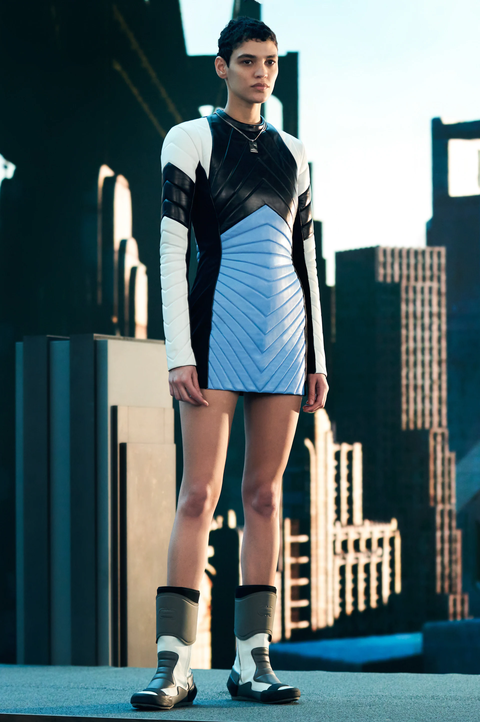 For autumn/winter 2021, Paul Andrew delivered the most unexpected collection for Salvatore Ferragamo. Andrew looked to the future in a big way with his most directional collection for the fashion house to date.

“For this ‘Future Positive’ collection I imagined the standard contours of today’s uniforms as fossilised remnants of a long-forgotten past, freed of all associations of class, colour or creed,” Paul Andrew states.

Andrew’s co-ed autumn/winter 2021 collection for the Italian house was an ode to sci-fi, inspired by cinematic classics such as Gattaca, Until The End of The World and The Matrix. He riffed on four categories of 21st century uniforms – such as business, military, evening and sporting – and reimagined them as “fossilised remnants of a long-forgotten past”. But whereas most sartorial nods to that cinematic genre are steeped in nostalgia for ’60s Space-Age shapes and gimmicky moon-landing garb, this was a more nuanced exploration. 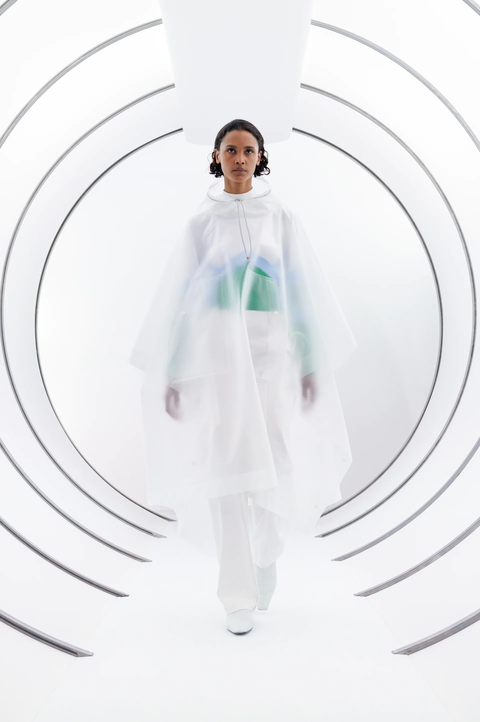 Quoted from British Vogue, Andrew said, “I’ve moved the brand forward quite a bit in terms of its youth appeal and its fashion positioning.” And then some: skin-tight, sculptural, streamlined, shiny clinical-ness of the sci-fi genre – exercised via Salvatore Ferragamo’s expert laboratories – came together in Andrew’s biggest fashion statement for the house to date. “For me this is a standpoint of the future that could be,” he said. “Ferragamo has never been this forward in a collection before.”

To set the tone, Andrew worked on a video presentation which was shot as a CGI-aided virtual reality, replete with a futuristic cityscape, white-lit tunnels that models – some of whom were painted silver for the final metallic-leather and chainmail looks – emerged down before circling a revolving glass pyramid. 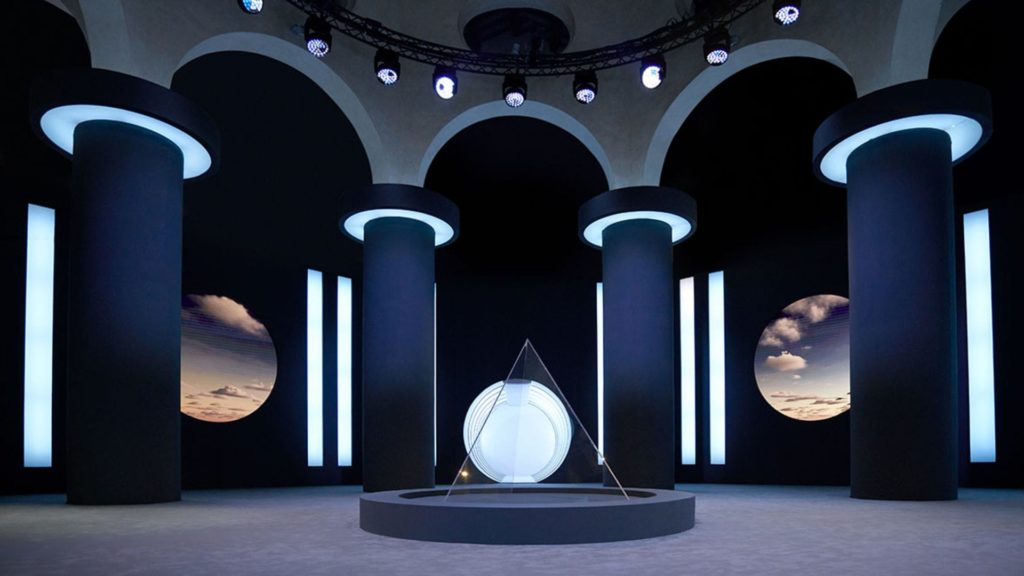 For this collection, shirting, mohair knits, footwear and accessories are connected and complimentary, presented in monochrome against bursts of colour. Capes and coats coexist with utility parkas and casual tailoring, while fine gauge knitwear features technical accents and an abstract camouflage pattern. A constellation of draped jersey dresses and statements in chainmail star and shine throughout the lineup.

Honouring Salvatore Ferragamo’s heritage, the first six looks were crafted in leather but conveyed in sculptural cuts and rubber-like surface treatments that spoke to Andrew’s reference. Bodysuits easily felt at home within his sci-fi universe, materialising in leather and fabric manifestations that Andrew said could be an idea of ‘a new suit’.

But perhaps, the most futuristic element of the collection was the environmentally-conscious materials. There was a polyester dress made from recycled plastics, soles of shoes made responsibily-sourced wood, recycled rubber and plant-based tans on leather. Threads used for footwear were recycled, and wool and cashmere was upcycled from offcuts, avoiding virgin material production. A slew of Blade Runner-esque ponchos were made from transparent biodegradable PVC. Overall, the collection proposes the uniform of a utopian future in which diversity and positivity come together to transform the world into a better place. 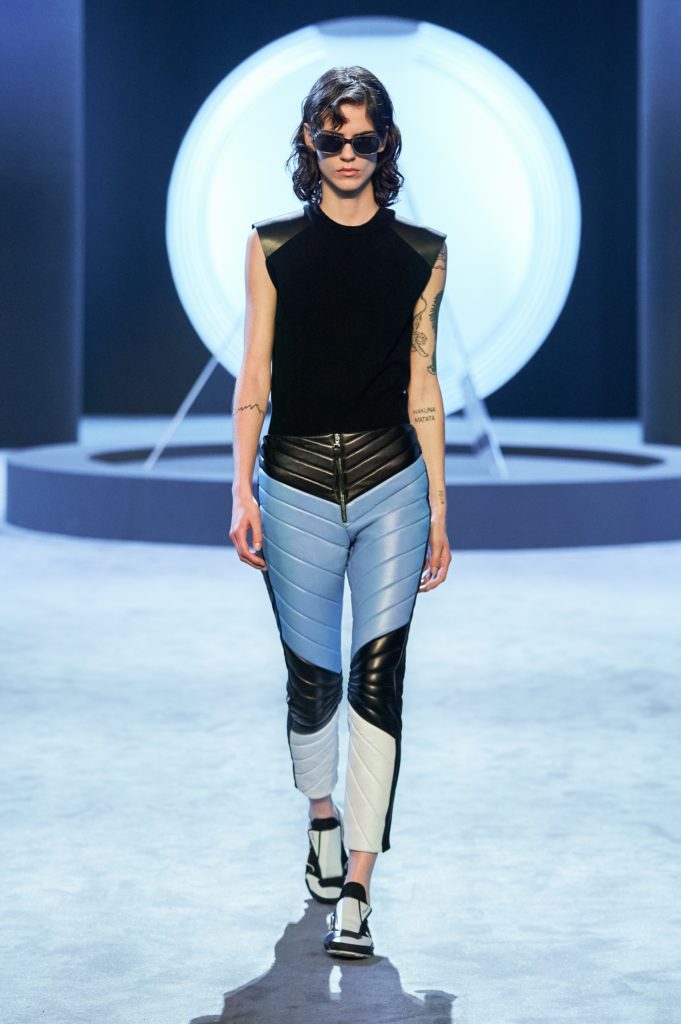 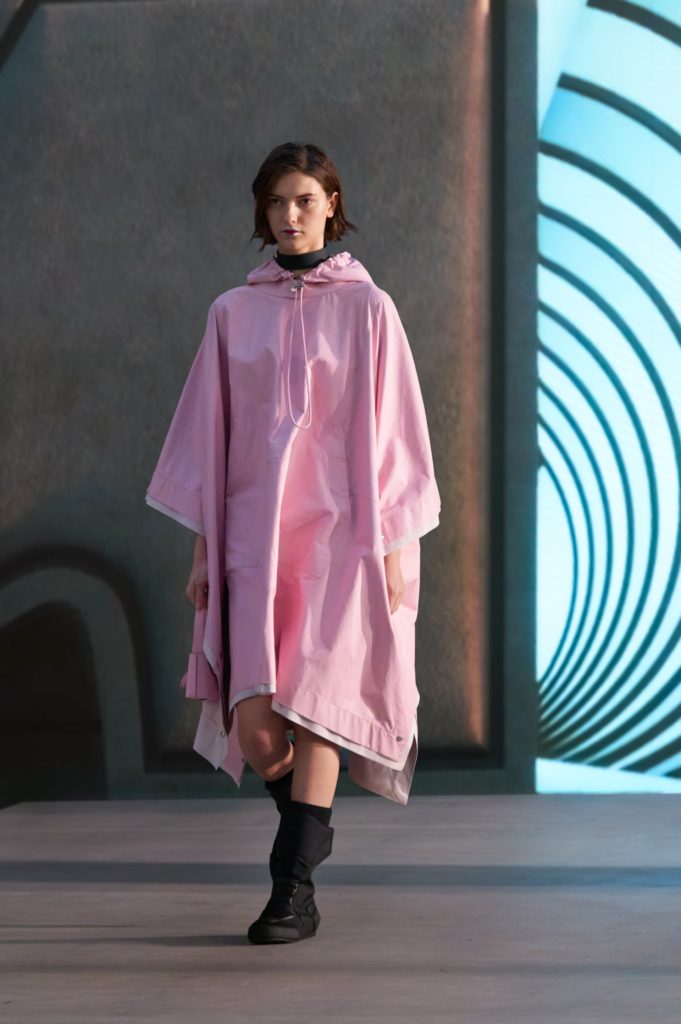 Style
By Prestige Editorial
Sign up to get the latest luxury and lifestyle news delivered to your inbox.
Claudia