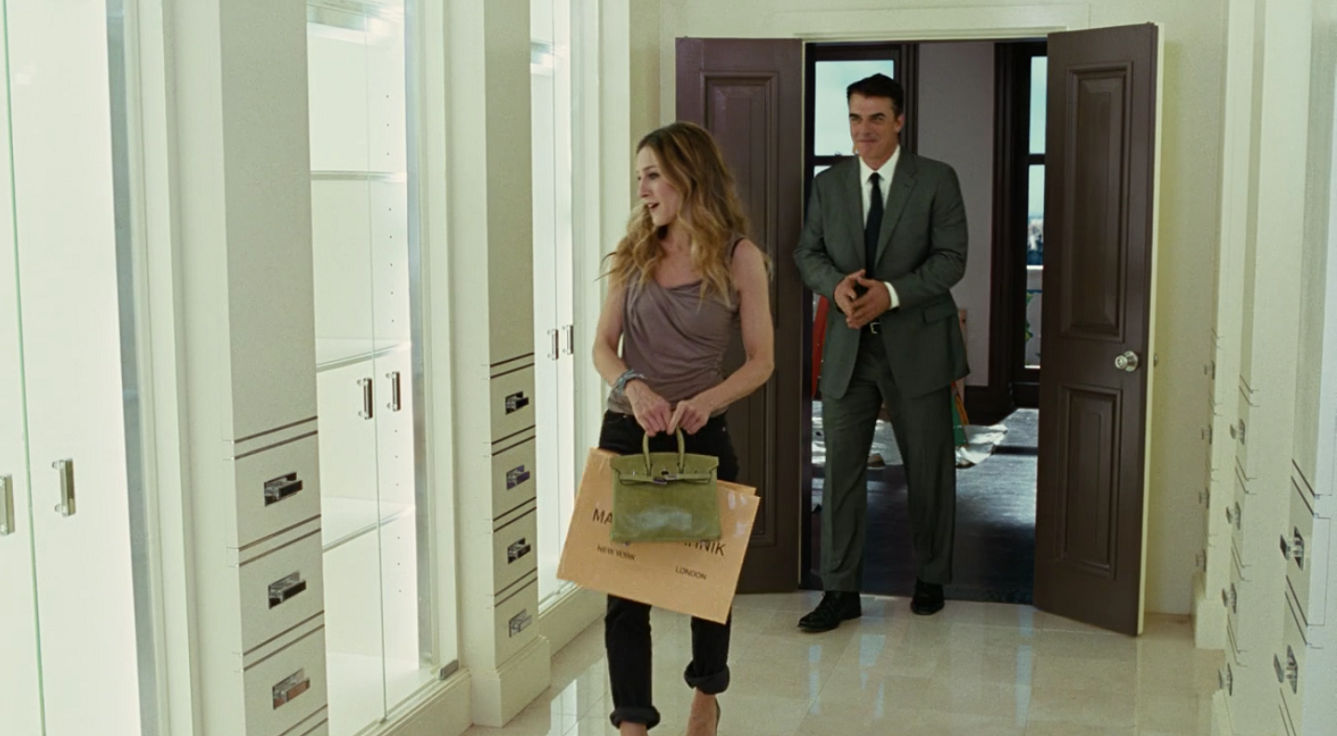 Ever since the first episode of Sex And The City (SATC) aired in 1998, the franchise has thrilled its audience with its fashion statements and storyline; so much so that TV series’ revival — And Just Like That… — releasing on HBO Max on 9 December 2021, has become one of the most awaited shows this year.

)Until its last season, which aired in 2004, the seven-time Emmy Award-winning series followed four friends — Carrie Bradshaw (Sarah Jessica Parker), Samantha Jones (Kim Cattrall), Miranda Hobbes (Cynthia Nixon) and Charlotte York (Kristin Davis) — trying to find love in New York City while juggling relationships and jobs. However, the 2021 reboot will no longer cast Cattrall who was equally fashionable as the other stars in the show.

But SATC continues to be a beacon of some iconic fashion statements a show has set forth. In fact, it was Carrie’s love for high-end handbags, shoes, clothes, hats and her style to make any outfit work effortlessly, which caught the eye of viewers as well as the fashion industry. 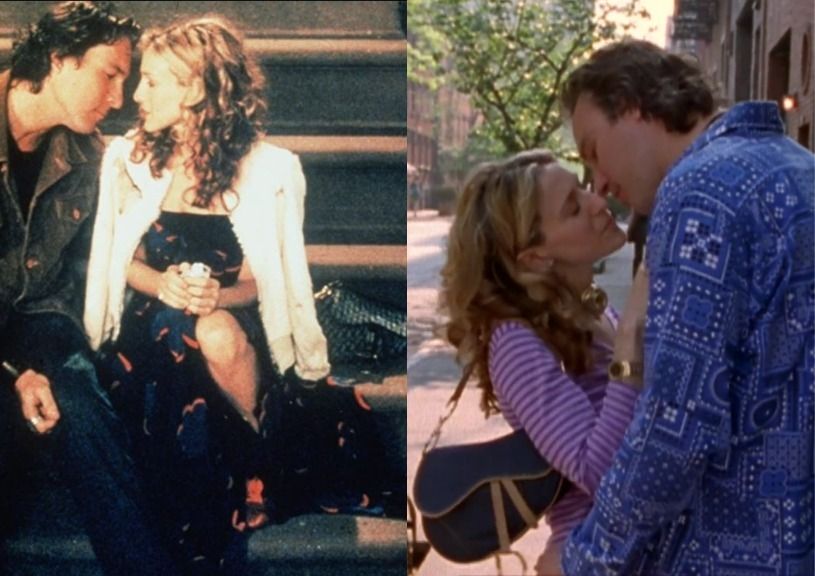 From bringing the fanny pack back in fashion to introducing the world to the first ‘it’ bag, the show has paved way for many series and movies of the same genre.

Here are some iconic bags, clutches and ‘baguettes’ Carrie Bradshaw sported in Sex and the City

The black and white jewel-encrusted wristlet, which was designed by Judith Leiber, became an iconic bag after it was seen in the second season of the series.

The swan-shaped bag was spotted on screen when Mr Big (Chris Noth) came to Carrie’s apartment to take her out for dinner and presented this bag to her. Although Carrie felt it was “just wrong” for him to give it to her, she confessed her love to Mr Big.

Since then, Leiber’s bejewelled clutches have become a household name and are still celebrity go-tos when it comes to adding an extra oomph to their look. Her clutches have found their places in the closets of prominent celebrities like Kim Kardashian, Kris Jenner, Kylie Jenner and Blake Lively.

Shop From Harrods
Shop From Net-a-porter

An important aspect of SATC history, the Dior saddlebag became a sensation the moment it was spotted on the show.

Although for just seconds, you can spot the Christian Dior monogram print saddle bag in the scene where Carrie goes out with Aidan Shaw (John Corbett) for the first time. For her next date with him in season three, the writer wore a white top teamed with pink pants and nestled under her arm was the white, chain-print Dior saddlebag.

It was so adored by Parker that she carried it in two more consecutive episodes, teaming it with various outfits.

The accessory, in 2018, has been sported by many influencers and models. However, it seems like Carrie was also a genuine fan as she carried more than one of these iconic pieces in the show. During another date with Aidan, Carrie was seen holding a denim version of the same bag.

Shop From Dior
Shop From Farfetch

The first Sex And The City movie came out in 2008. After a gap of four years since the show ended, fans were impatiently waiting for the new looks and accessories that Parker would be flaunting, and they exceeded their expectations.

One exhibit was Carrie’s Eiffel Tower purse. The statement piece by Timmy Woods complimented the embellished belt and peep toes she wore with the green floral-printed dress.

Interestingly, in 2017, costume designer and stylist for Sex And The City, Patricia Field donated the bag for a charity by the Vestiaire Collective in collaboration with model Toni Garrn, who, along with some of her other friends, donated some pieces from their wardrobes. The entire proceeds from their sale were donated to the Toni Garrn Foundation that funds education for girls in Zimbabwe.

In one of the most prominent scenes from the 17th episode of the third season, Carrie corrects a burglar, saying it is not a bag, “it is a baguette.” This scene to date is etched in the minds of fans of the cult show.

The purple, sequin baguette, with an interlocking Fendi logo on the front, was the first ‘it’ bag, according to a report by the Financial Times.

Moreover, fans rejoiced when they learned about the baguette’s comeback in And Just Like That…

It was apparently Carrie who brought back in fashion the belt bag, aka the fanny pack, which was fastened around her waist in the seventh episode of season 4.

Remember the scene when she walks into a bar, wearing a black crop top and an A-line skirt accessorised with a Gucci monogram belt bag to meet Aidan?

Thanks to Carrie for bringing back the trend that is still as hot as it was in the 2000s.

Shop On Farfetch
Shop On Selfridges
Shop On Gucci

“It’s not a bag, it’s a Birkin,” is what the seller told Samantha when she was shocked at being on a five-year-long waitlist to get her hands on the bag.

In the sixth episode of season 5, Carrie is also seen carrying a gorgeous blue Birkin during her day out with her friend Stanford (played by the late Willie Garson).

A tan Birkin is also seen when the four friends enjoy popsicles in the 16th episode of season 6.

Once again, a mini sage-coloured Birkin makes an appearance when Mr Big introduces Carrie to her new closet in the 2008 film.

Among the many designer bags that Carrie showcased in SATC, was one by Dior. Apart from her collection of saddlebags, she was also spotted holding a Christian Dior jacquard clutch while stepping out of her home to grab a taxi for a Wall Street event.

In the scene, Carrie steps out of her home wearing a gorgeous pink dress teamed with a long floral-printed jacket, and completing her look with the famous jacquard clutch.

For one of her brunches with her friends, Carrie wore a basic mini black dress and teamed it with the Gucci Marmont top handle bag. The bag was seen again when she was getting a pedicure.