Svitlana Bevza on Being Inspired by Ukrainian Cultural Heritage 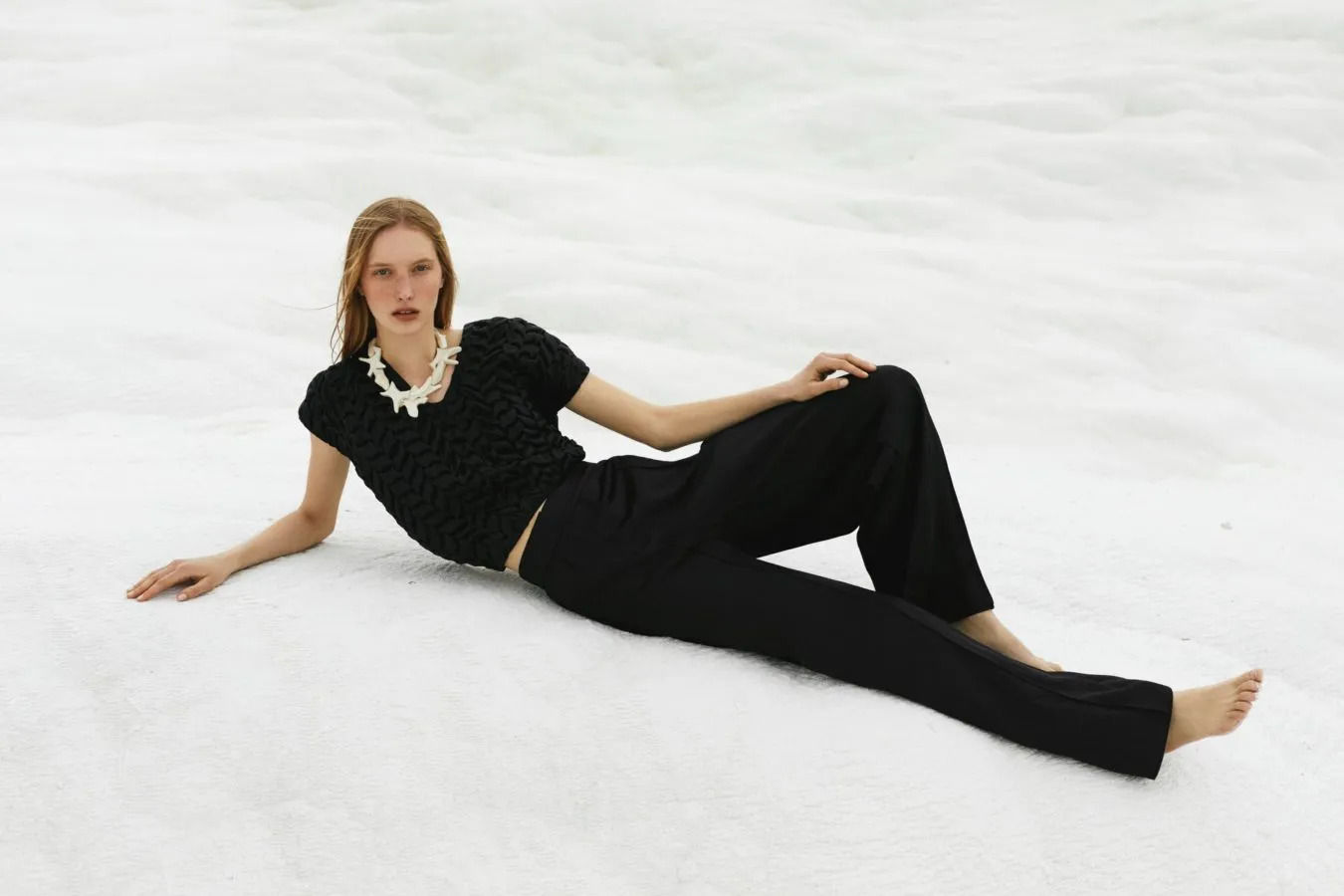 Ukranian designer Svitlana Bevza recently celebrated the 10th anniversary of showing her collections at New York Fashion Week. In light of such milestone, we spoke to the founder about her artistic principles and sustainability.

Some of the most prominent designers have unique relationships with colour. Coco Chanel had black, Valentino has red, Ralph Lauren has navy. There is a certain degree of projection when it comes to the way designers use colour. It might be an artistic interpretation of the pigment’s history, as it often happens with purple, or it might be a combination of historical references and expression of personal values, as is the case with Svitlana Bevza – the woman behind a womenswear brand BEVZA. We had a chance to talk to the Ukrainian designer about her philosophy and something she calls the ‘White Dress Concept’.

Autumn 2022 marks the 10th anniversary of Bevza showing her collections at the Empire State building. Before that, the designer rose to prominence in her native Ukraine – her pure, minimalistic silhouettes that encapsulate effortless elegance at its best have been on the wishlists of the country’s savviest style mavens. As it often happens, Bevza’s fascination with design started in her childhood, “When I was 5, I told my mom that I wanted to own a fashion house. I thought it’s an actual building with wardrobes, where ladies live and dress up,” says the designer. In 2006, Bevza set up her first atelier, “I launched my first small atelier in Kyiv back in 2006. I had nothing except two sewing machines, one tailor and two seamstresses in my team. I had 60 days before the day of my first show at the Ukrainian fashion week. And I managed,” she recalls.

BEVZA entered the global arena after reaching the finale of the Vogue talents competition. “After several years of showcasing locally, I understood that the world doesn’t see what I’m doing while I’m in Ukraine. I was invited to participate in the Vogue Talents contest held by Sara Marino and came to the finale of it,” says the designer, “Then I was invited to Tbilisi fashion week, where more foreign journalists saw my creations and the brand awareness grew immediately.”

At the core of BEVZA lies the‘ White Dress Concept’. “White dress for me is a symbol of purity,” says Bevza, “The energy of white is like a new day of life, and it depends on much of a person how to colour this day, how to live it. I see it as the most sophisticated colour. That is why I put the white dress in each collection.”  In the Spring 2022 collection, Bevza created a floor-sweeping jumper dress with a prominent squared neckline, somewhat resembling an outline of a plastic bag – a creative choice meant to read as a stance on sustainability, the designer tells us. “This collection is full of my values. I named it ‘we are all in the same boat’ – it means that we are all responsible for our planet. That is why sustainability means so much for me,” she recalls. BEVZA’s sustainability commitment does not stop at the silhouettes that represent the chronic plastic problem our planet is suffering from. “We order yarns from Italian factory Pinori. They produce these amazing yarns made from recycled plastic bottles caught in the ocean and coloured [according to] high eco-standards.” The brand’s tops with detachable sailor collars, also heavily featured in the Spring 2022 collection, are meant to refer to the “thoughts of a clean ocean”.

Sustainable textiles aside, another pillar that supports BEVZA’s vision is the cultural heritage of its founder. “Ukrainian cultural heritage is an endless inspiration for me. I share this with the world, with the greatest pleasure. Fashion is a strong voice that can make national heritage which is implemented in clothes to become modern and wanted and drive people to at least Google where Ukraine exactly is,” says Bevza.