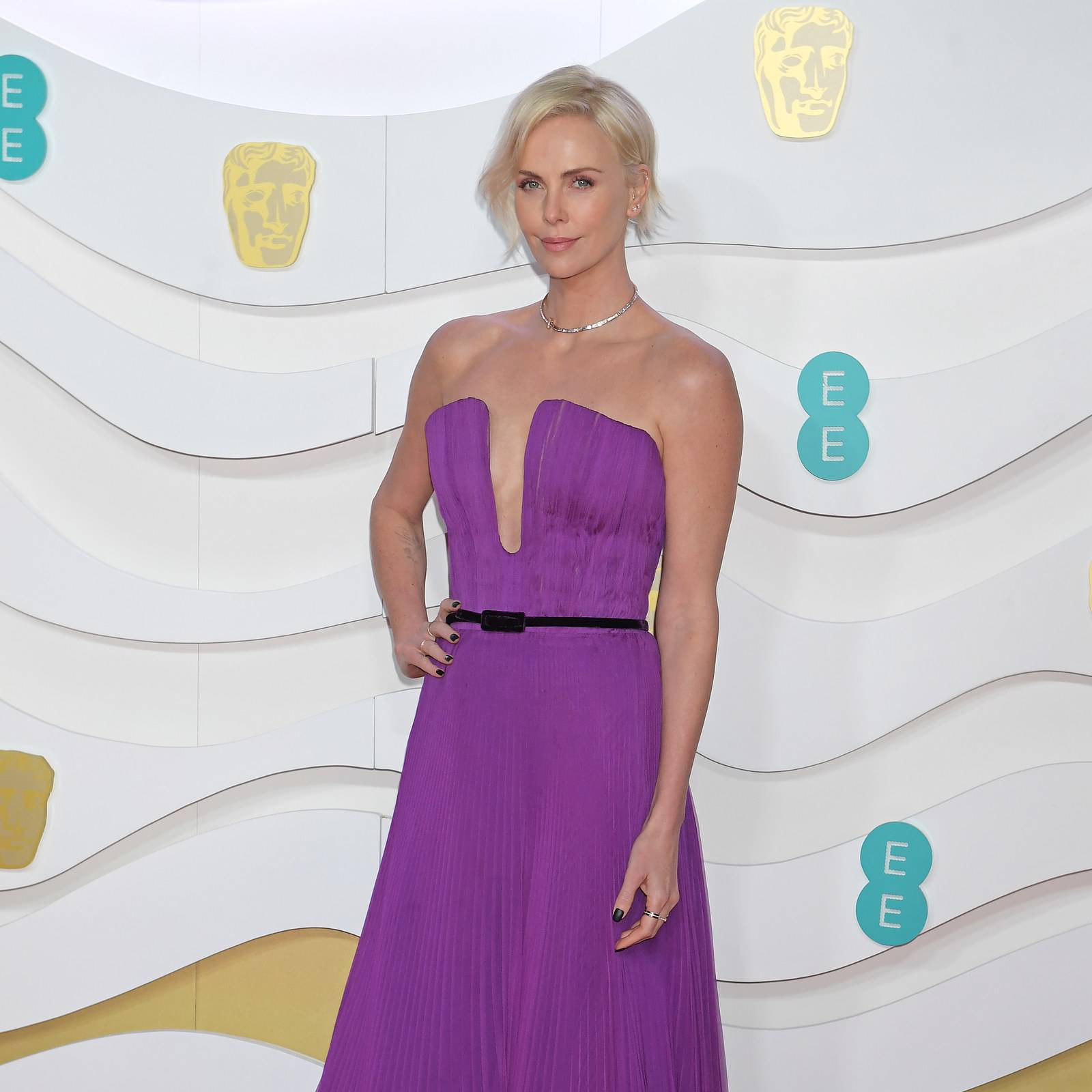 On Sunday, the 73rd British Academy of Film and Television Arts awards was hosted in England at the prestigious Royal Albert Hall. The ceremony honours the top talent in the entertainment industry. Two movies that won big yesterday evening were Joker and 1917. The fashion was also something that could not be missed, with some of the most famous faces in the film industry step out on the red carpet in London for the night – and as expected, they did not disappoint. From Zoë Kravitz’s gold ensemble to Emilia Clarke’s glittery black floor-length dress, we take a look at ten best dresses of the night.

Nominated for both leading and supporting actress for her performances in Marriage Story and Jojo Rabbit respectively, Scarlett Johansson wore a feathery pink custom Atelier Versace dress. Bombshell actress Charlize Theron was nominated in the leading actress category for her portrayal of Fox News anchor Megyn Kelly, attended the event in a flowing purple Dior Haute Couture gown. Renee Zellweger took home the best actress award for her portrayal of Judy Garland wore a Prada dress. The Duchess of Cambridge, Kate Middleton went for an eco-friendly option in a white and gold Alexander McQueen gown that she first wore during the royal tour of Malaysia in 2012. Margot Robbie who was nominated twice in the category of best-supporting actress, for her performances in Bombshell and Once Upon A Time in Hollywood chose a Chanel dress with a lace cape.

Take a look at the rest of our top picks in the gallery above.