8 Japanese brands to know for the best shoes, sneakers and more Style
8 Japanese brands to know for the best shoes, sneakers and more
Share
Next article

Look beyond Nike and Adidas and you’ll find that the world of footwear is ruled by Japanese shoes.

Whether applied to a pair of sneakers or ergonomic sandals, the “Made in Japan” stamp assures the conscientious shopper that they are paying for something of the finest quality. At least, that’s been the case for the cult brands that have emerged from the East Asian island, offering shoes that marry traditional craftsmanship and design innovation.

It’s no wonder that streetwear fans and collectors from all over the world often make pilgrimage to Japan, especially its fashion capital Tokyo, where sneaker culture is taken to another level. It’s that city where the frenzy for Western sportswear giants first took off, but Japan already had its own heritage of performance footwear dating back to the ’50s thanks to brands like Onitsuka Tiger and ASICS.

In the past decade, the appreciation of Japanese brands has only grown thanks to the streetwear boom. Today, cult labels like Suicoke and Hender Scheme have come out of obscurity thanks to collaborations with international luxury brands.

So if you’re looking to upgrade your footwear game with Japanese shoes, here are all the brands that should be on your radar. When Uma Thurman rocked a pair of Onitsuka Tiger shoes in the Quentin Tarantino flick Kill Bill, she cast a spotlight on one of the oldest shoe companies in Japan. The brand started off humbly enough in 1949 in Kobe, the hometown of founder Kihachiro Onitsuka, who wanted to create the ultimate shoe for athletes.

Onitsuka would find his answer in an octopus salad, which inspired the suction mechanism in his first basketball shoes. He would go on to create more shoes that took centre stage at the Olympics.

While his company rebranded as ASICS in 1977, the Onitsuka Tiger label remains, reviving its hit styles from the ’60s, ’70s, and ’80s. But it’s the striped Mexico 66 shoes, famously worn by Bruce Lee on the silver screen, that is its most enduring design. ASICS is the acronym of the Latin phrase “amina sana in corpore sano”, which translates to “healthy soul in healthy body”. In short, it’s what the Japanese sportswear brand hopes to offer through its array of running trainers and performance shoes, which are often boosted by its signature GEL cushioning.

In the past decade, the brand has also expanded into the world of lifestyle sneakers, especially through coveted collaborations with edgy fashion labels like Kiko Kostadinov and Vivienne Westwood. As a result, ASICS boasts an extensive catalogue of shoes that can appeal to all, regardless of whether you’re looking for form or function. 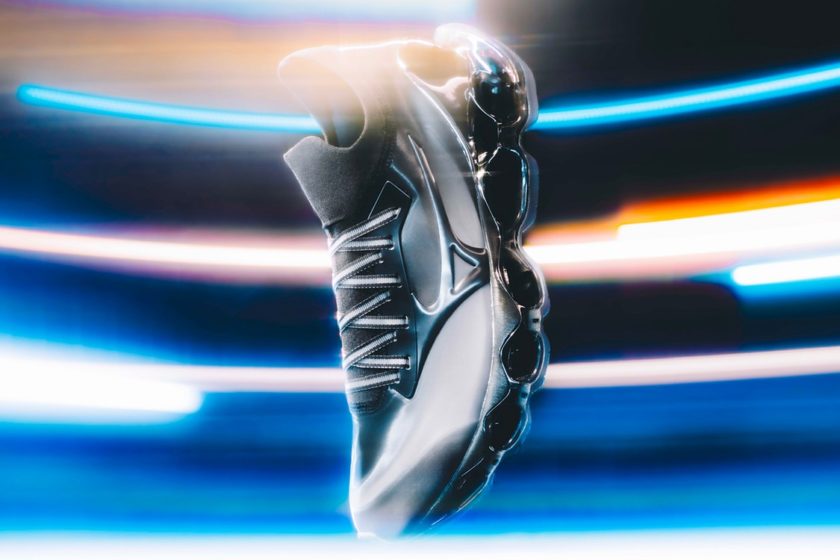 Although Mizuno was established in 1906, the Osaka sportswear company only began making waves with its running shoes in the ’80s, which were sought after by American athletes. In 1997, it introduced the Wave Ride shoes, featuring the distinctive wave plate system that can now be found across many of its shoes.

In the 21st century, the brand has been propelled out of obscurity thanks to collaborations with global fashion brands like GCDS and Margaret Howell. This year, it has also tapped on Japanese artist Hajime Sorayama to take its shoes into the future. Founded in 1975, Tokyo-based streetwear label Losers is one of the coolest brands in Japan, priding itself in curating designs that are rooted in Japanese culture. The brand’s sneakers incorporate the Japanese concept of “iki”, an expression of simplicity, sophistication, and originality. Hence the Losers slogan, “Stick to your guns”.

And indeed Losers has, notably creating shoes using colours borrowed from the “48 browns and 100 grays” that common Japanese folk were allowed to wear in the Edo period. The brand has since made waves at fashion exhibitions with its clean and subdued footwear, marked by the trademark V-shaped design on the toe. Japanese menswear brand Visvim was founded by Hiroki Nakamura in Ura-Harajuku in 2001. Since then, it has become a staple in some of the most coveted wardrobes. John Mayer’s love for the brand, for instance, has been well-documented since he was introduced to it by legendary rock musician Eric Clapton.

The brand is best known for amping up tried-and-true silhouettes (think Adidas Stan Smiths, Nike Air Force 1s and Converse Chuck Taylors) with luxurious fabrics and putting them back on the market as something entirely new. It also takes an innovative approach to creating its shoes, whether by treating all-natural textiles with modern technologies like Gore-Tex, or incorporating durable Vibram outsoles to its moccasin-inspired FBT shoes. Although Suicoke first launched in 2006 offering accessories, it later carved its niche in Japanese fashion with its performance sandals. These utilitarian footwear styles were often crafted with multiple straps, technical fabrics, and durable Vibram outsoles.

In the last few years, Suicoke’s cult following has expanded beyond Japan thanks to two things: the rise of dad sandals like Birkenstocks, as well as its much-hyped collaborations with brands like BAPE, Dr. Martens and Moncler. Founded in 2010 in Tokyo, Hender Scheme is the brainchild of Ryo Kashiwazaki, a leather artisan who sought to juxtapose classic Japanese “shokunin” craftsmanship with some of his favourite sneaker silhouettes. His material of choice was raw leather: the untreated material is able to pick up the natural wear and tear of its environment, making each shoe unique to its owner.

Hender Scheme is most notable for reproducing popular sneaker models such as Nike’s Air Force 1 and Air Jordan IV completely by hand in premium leather as part of its Manual Industrial Products (MIP) line. It has also lately collaborated with international brands like Adidas, The North Face and Tod’s. Rei Kawakubo’s avant-garde fashion label Comme des Garçons hardly needs an introduction. Its sub-label, Comme Des Garçons Play, has its own merits as one of the pioneers of the Japanese cult sneaker scene. The brand conquered the streets with its CDG Play x Converse Chucks featuring hearts and eyes. While a streetwear staple in the 2010s, the shoes might be seeing a comeback in the new decade after being spotted on sneaker influencer Travis Scott.

Chucks aside, Comme des Garçons itself also has a longstanding collaboration with Nike for which it frequently revives forgotten silhouettes such as the ’90s Air Carnivores.