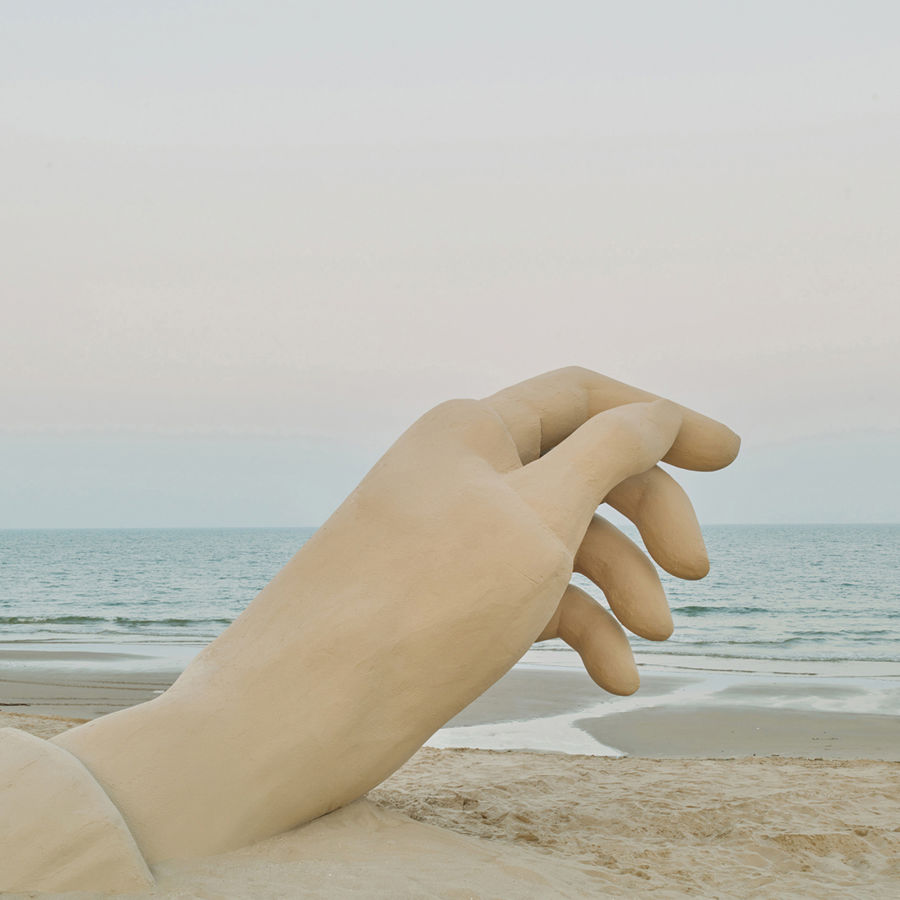 The second presentation of the Louis Vuitton Men’s Spring/Summer 2023 brings the collection to Araya, China

French luxury fashion house Louis Vuitton expands on the idea of the magnified playground first introduced in Paris in June this year for the Spring-Summer 2023 Spin-Off show in Aranya. The coastal community stretches over five kilometers of beaches in Beidaihe, China, and is considered an artistic community. Most importantly, the location shares an affinity with the vision of Virgil Abloh to create the varied expressions of tomorrow.

Realised by Vector Architects, the fashion house created a toy racetrack-inspired catwalk spanning 320 meters between two key sites, the Lonely Library and the Community Hall. An oversized sculpted sandscape sets the stage for the fashion show, where a vast sandbox becomes an invitation for childlike constructs of the imagination. 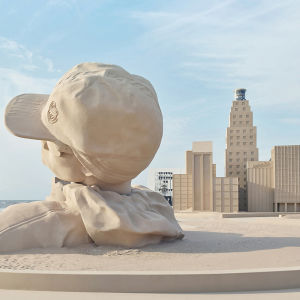 The show started with a cinematic prelude titled Mirage, created as collaborative effort between Chinese directors Jia Zhangke (producer of the prelude) and Wei Shujun (director of the prelude)—who also serve as directors of the show itself. Shot in Duhuang in the Gobi Desert, the film stages a poetic contemporary meeting of East and West, leading to Aranya and portaying themes of childhood, discovery and community. Live-scored by the Beijing-based instrumental band Sleeping Dogs, the show features a performance choreographed by Chinese dancer Hou Ying. 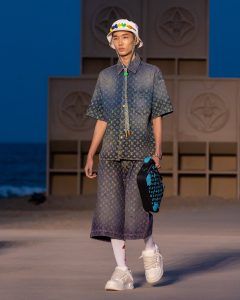 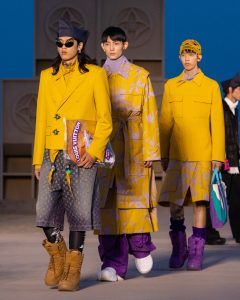 The Spring/Summer 2023 collection, which debuted in Paris last June, is designed by the Louis Vuitton Studio Prêt-à-Porter Homme and brings to Aranya 10 additional unseen looks, showcasing the Maison’s confidence in the China market. Under the premise that toys are tools for the imagination, the collection reflects the transition from childlike naïveté to grown-up refinement. Elevating childhood symbols through the Maison’s savoir-faire, oversized and shrunken silhouettes play with the idea of a wardrobe yet to be grown-into or already outgrown. Iconography native to the playground is found throughout: origami paper planes, building block beading, modeling clay textures, cartoon prints, and sandbox tool embellishments. 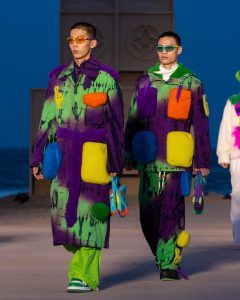 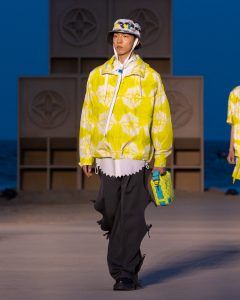 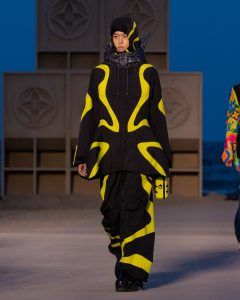 A quintessential component in the genetics of Louis Vuitton, French romanticism fills the collection. Flower fields—the eternal image of harmony in diversity—grace garments through impressionist paintings transformed into tapestries and prints, while depictions of thistles appear in multiple fabric weaves, prints and embroideries. A symbol of resilience and healing folklorically used to overcome difficult situations, the prickly flower motifs also nod to the decor of Louis Vuitton’s ancestral home in Asnières where thistles often appear in bouquets. The delicate floral paintings found in the ceilings of the same residence echo the cornices that define the palatial interiors of Parisian architecture. A manifestation of our childhood dreams – fairy tales, majesty, whimsy—these moulures ornament molded leather tailoring and bags, and feature in delicate lace garments. As a tribute to Paris, a photo montage collaging elements from the city and the Maison—the Pont Neuf, the Damier pattern, the cornices of interiors – runs through the collection. 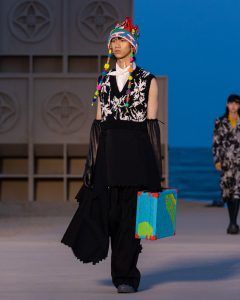