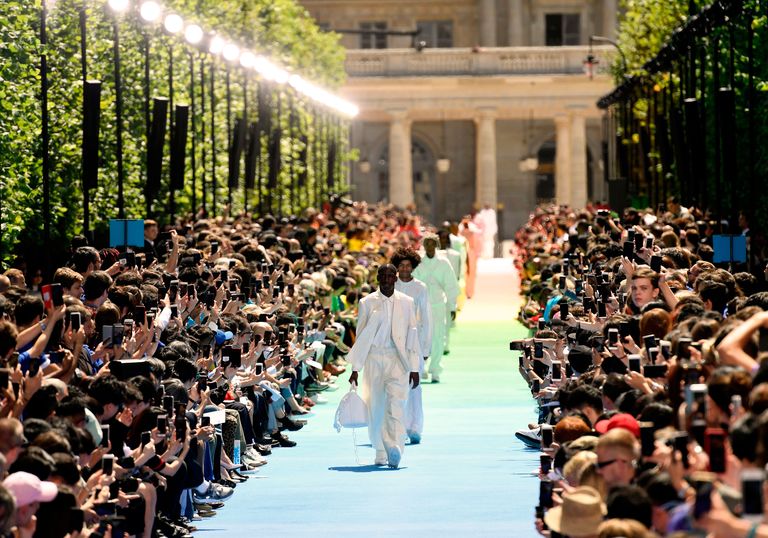 Prestige celebrates the legacy of the era-defining designer and fashion disruptor, who died late last year.

The fashion world is mourning the loss of Virgil Abloh, the American designer who died in late November at the shockingly early age of 41. The embodiment of a new wave of designers, Abloh didn’t merely achieve success creatively and commercially, but he was also a pioneer of change, in terms of fundamental artistic practices as well as diversity and representation.

From the early days of his career, Abloh championed what was, for the fashion industry at the time, the novel concept of “ironic detachment”, in which new designs can be created simply by changing just 3 percent of an original work. The philosophy, which was popularised in the visual arts by Dada artist Marcel Duchamp, saw its evolution in some of Abloh’s most revered works.

A civil engineer and architect by training, Abloh developed a keen interest in fashion while pursuing his master’s degree in architecture at the Illinois Institute
of Technology, on whose campus a building designed by Rem Koolhaas, the architect who’d also worked with the Italian fashion house Prada, was under construction at the time. It lit a spark in the graduate student that quickly flared into a flame, powering Abloh’s creativity and eventually leading to a career-redefining move to Rome, wherein 2009 he began an internship at Fendi.

Although Abloh spent much of his time in the fashion brand’s headquarters performing mundane tasks – endless photocopying interspersed by coffee runs
– he was nonetheless able to work on such revolutionary ideas as leather jogging pants, a concept that Fendi was scandalised by and rejected, yet years later became
an explosive streetwear trend.

In 2013, Abloh started Off-White, a brand now considered a household name by street-style mavens, from American hip-hop royalty to niche Insta-microcelebrities. Described by its founder as “the grey area between black and white”, Off-White debuted unconventional elements that were soon to become permanent fixtures in the streetwear lexicon, such as quotation marks, zip-ties and barricade tape. Off-White shows quickly came to be regarded as the leading edge of each season’s streetwear, its runways walked by the likes of Naomi Campbell, Bella Hadid, Karlie Kloss and Amber Valletta. On hearing of Abloh’s death, Campbell, who’d become both a muse and close friend of Abloh, shared these words: “On this very sad day we are left numb … but so much to learn from You, You were a master mind of putting things together. You were humble and worked hard and brave with all You were going through, You lived the dream and got a seat at the table. HISTORIC!!! It was an honour to walk for you in your Off-White Princess Diana-inspired show …” 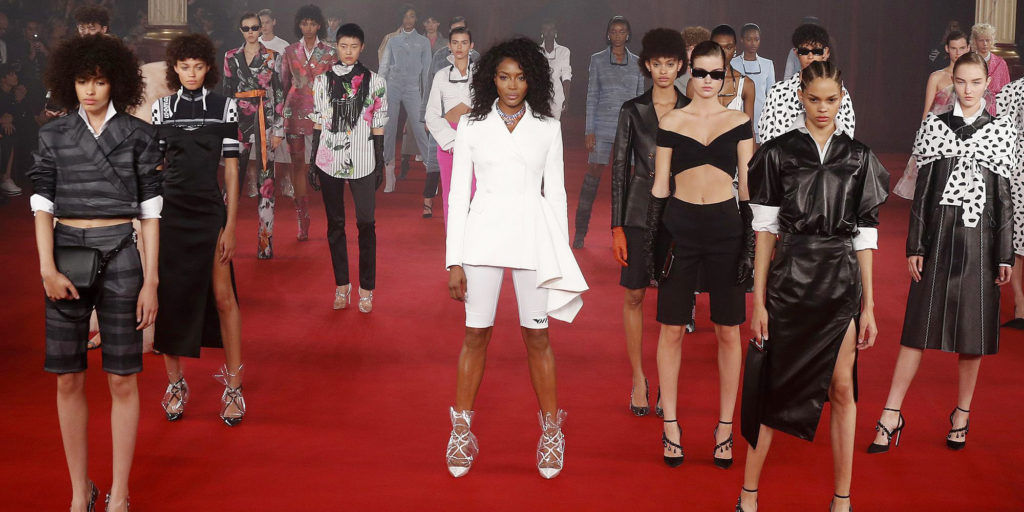 In March 2018, Abloh made history when he was hired by Louis Vuitton, becoming the first African American artistic director of a major French luxury brand. Some three months later, his first show was held at the Palais-Royale gardens in Paris, an extraordinary and pivotal event for Abloh and the maison that offered mainstream recognition for him, the opportunity to win the hearts of youth for the brand and a gateway for endless artistic collaborations for both. On that June afternoon the entire fashion world was made aware of Abloh’s unique vision of luxury, a view deeply informed by art and architecture.

A couple of seasons later, in his autumn 2020 menswear collection for Louis Vuitton, Abloh turned his attention to a menswear staple that he’d previously ignored: the men’s suit. The entire presentation could be described as a study, in which Abloh’s ambition to deconstruct the original gentlemen’s uniform and examine every part of it was evident. Using fur and ruffles, he disrupted masculine archetypes, while through meticulous construction and elaborate set design,
he created a new context for tailoring – one that would evolve with every subsequent collection.

Abloh’s approach to creativity was analytical, with deliberate references to works of art and architecture evident in each accessory and colour. Dubbed his best show to date, the autumn/winter 2021 menswear collection for Louis Vuitton was less a presentation of seasonal clothes than a reflection, both historical and cultural, on the global socio-political situation.

In the show, Abloh not only referenced the Tourist vs Purist theme of his first collection, but also explored Black consciousness, providing answers to questions that wouldn’t normally be heard from the mouths of fashion-industry leaders. Voicing support for the Black Lives Matter movement, he imbued pieces with elements that reflected his heritage – Ghanaian Kente cloth and wax-print fabrics – and merged them with Western fashion codes, such as fedoras and quilts. Two pieces
in the collection garnered special praise from fashion connoisseurs: an abnormally long coat and a surreal jacket featuring three-dimensional replicas of Notre-Dame de Paris, the Eiffel Tower, the Louvre Pyramid and the Sacré-Cœur basilica.

Virgil Abloh entered Louis Vuitton as a multi-disciplinary artist – and during his painfully short yet impactful term there he remained one. It was in his very nature. Abloh shared a sentimental connection with the Japanese contemporary artist Takashi Murakami; the two collaborated several times. Their most illustrious joint project, the AMERICA TOO exhibition at Gagosian, explored the country’s relationship with branding and its socio-political context. It was a match made in heaven: neither artist was afraid to apply cultural, historic, literary and pop-cultural references to their work, and paint outside the lines. Although the show could be described as a clash of polarities that might have been hard to resolve successfully, in reality the introduction of Abloh’s Bauhaus-inspired minimalism into Murakami’s body of work was a triumphant testament to the ambitions of both artists in bridging disciplines.

When Abloh’s death was announced, Murakami reminisced about the times when the two worked together. “… I miss the days when you would come up to my studio and spend long hours with me,” he wrote. “I took my hat off to your vitality: I knew I was no match for you. The thing is, I’ve met only a handful of people in the world who get involved in art and manage to get to the core of it, and I can confirm that you are one of them.”

Abloh has left behind him battalions of loyal followers and forever-changed landscapes of both luxury and art. His perseverance in the face of adversity was inspirational and astonishing, helping to open doors for passionate and creative minds from all backgrounds. And though the struggle for true equality, be it race-, gender- or sexuality-based, is far from being won, Abloh made an invaluable contribution towards equality.

Olivier Rousteing, another prominent figure who shook up French fashion, remembers Abloh as a dreamer. “You made an entire world dream, you brought lights to entire generations,” said Rousteing, who is now creative director at Balmain. “By your art, your vision, your W O R D S, you made it clear that everything is possible. I remember us in Paris dreaming of fashion even before that everything started for us.”

And a dream is Abloh’s heritage – a dream of a world in which the possibilities and opportunities stem from talent and perseverance, and not from any individual’s skin-deep attributes.