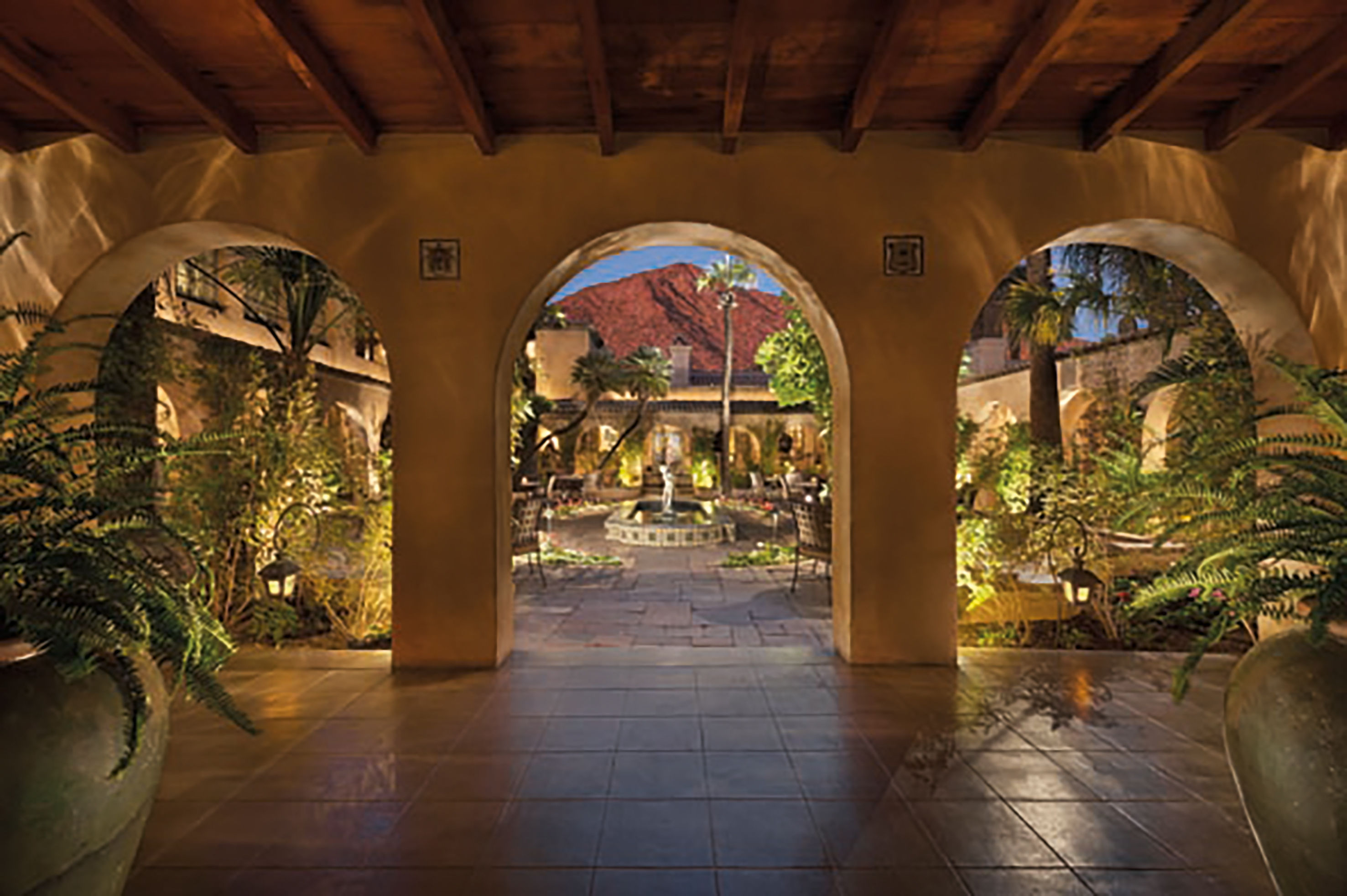 Why vacay at a perennial favourite crammed with other newlyweds during your much-awaited honeymoon? Prestige curates a list of destinations that might not be the first to come to mind but offer similar delights and plenty more.

The thing with beach honeymoons: Every other couple wants one too. But let’s face it — it’s hard to take in that romantic sunset with a dozen other couples around you. Look past popular locations such as the Maldives, and take a gander at these still-under-the-radar paradises, where the two of you can get down to,
ahem, business in peace.

With a lovely, balmy climate all year round, Malta’s deluge of beaches are nothing short of beckoning. At the titular Blue Lagoon, waters aren’t just clear, they virtually shimmer. Rich in culture and history, Malta is brimming with historical ruins to admire and explore. Here’s a shout-out to fans of Game of Thrones: Malta is home to several set locations. Escape far from the madding crowds to Mdina, which stood in for King’s Landing in the HBO hit. Stay a few nights at The Xara Palace Palais & Chateaux, a former 17th-century castle that now offers 17 individually and lavishly designed rooms and suites.

If you want a little more buzz and activity in your beach getaway, Key West packs in plenty. From dolphin encounters to snorkelling expeditions teeming with marine life and a bustling night scene, Key West has everything to make your honeymoon unforgettable. And the Hyatt Centric Key West Resort & Spa is within easy access to all this. Hop on a boat, which you can rent from the hotel’s reception, and spend the afternoon soaking up fresh ocean breezes and the island’s stunning coral reefs.

European elegance meets Melanesian warmth and hospitality in New Caledonia. Situated in the South Pacific, this French colony is where you are likely to find a Parisian cafe as you are a private oasis with glistening azure waters. The Le Méridien Ile des Pins is a stone’s throw from any number of delectable restaurants and turquoise lagoons. So you can while away an afternoon swimming in those crystal waters, before popping into one of the quaint eateries nearby to dry off with a delicious cocktail.

Not everyone fancies lazing his or her honeymoon away — so if you prefer more action outside, these locales are just the thing. Race each other down snowy mountains, watch the sunrise together, go on a hike — take your pick. By the end of the day, you will be longing for the plush and pampering environs at one of these luxurious lodgings.

It’s hard to believe that a paradise like Gaya Island exists so close to home. This secluded isle is located in Borneo, just a couple of hours away from Singapore by plane. Here, you can immerse yourself in pristine rainforests and sparkling waters. Don’t know where to start? Gaya Island Resort has an expansive roster of activities that spans deep sea fishing and forest walks. The lush and intimate setting also allows you to reconnect with nature and each other for a meaningful together-time.

Expect an abundance of once-in-a-lifetime activities in Marrakech, be it riding a camel through the sandy dunes, sipping a satisfying cup of traditional Moroccan tea while marvelling at a vast open-air market, or exploring old ruins and catacombs. Seeking a restful recharge after a day of adventure? There is the Mandarin Oriental Marrakech, a welcoming sanctuary with 20 hectares of fragrant gardens and olive groves.

You’d be surprised how much excitement — and beauty — can be experienced in the southwest. Enjoy a leisurely picnic in the sprawling Desert Botanical Gardens, while you discover thousands of varieties of flora from around the world. Or slip on your hiking shoes and go up the trail on Camelback Mountain — the breathtaking views will be worth it. For a touch of old-world glamour, check in at one of the historic Spanish villas of the Royal Palms Resort & Spa, part of the Unbound Collection by Hyatt.

Late-night cocktails at rooftop bars. Michelin-starred restaurants on every corner. Shopping malls where you splurge and shake all your cards. What’s not to like about a honeymoon in the big city? If you love being riveted by the energy and activity in metropolises like New York, head this way.

Throw a stone in Atlanta, and it might hit an exquisite gourmet offering. From sprawling food markets to legendary roaming food trucks and five-star steakhouses, Atlanta serves up delicious fare for every palate. To burn off those calories, visit any of the city’s incredible live music venues or bars (Atlanta has one of the highest number of nightlife venues in the country). If you prefer a different way to work out, retreat with your honey to the plush comfort of the Mandarin Oriental, Atlanta, whose neighbours include a swathe of upscale malls and independent art galleries.

Home to the world’s most legendary techno clubs and a lively street culture, Berlin is a colourful canvas that constantly buzzes with activity. Whether you’re wandering about the bohemian Kreuzberg district or checking out the regal Charlottenburg Palace, the capital city of Germany has something for every taste and disposition. You’ll have an encyclopaedia of stories to tell by the end of your stay, so rest up in the elegant Regent Berlin, a five-star property located right in the pulsating heart of the city.

Dubai has garnered an undeservedly bad rap for its strict laws, but it’s not as hard as you think to stay out of trouble (don’t expose yourself in public — we’d like to think this is easy enough). As one of the most liberal cities in the Middle East, Dubai holds much appeal for sophisticated travellers. For the seasoned shopaholics among us, there’s The Dubai Mall and its colossal labryinth of 1,000 stores waiting to be conquered. Wake up to a million-dollar view of Dubai’s legendary skyline every morning at the Address Boulevard, where its 280-sqm Address Suite can fit up to five adults.

Paris remains the capital of love, but to experience all that romance, you don’t have to fight throngs of couples for that prime position in front of the Eiffel Tower (warning: There will always, always be some stray photobomber in your almost-perfect Instagram shot). Jet off to these dreamy cities instead.

As the birthplace of the tango, the seductive city of Buenos Aires will get you and your sweetheart in the mood to dance. Discreet cafes and bayfront restaurants are aplenty, but an intimate walk through one of its colourful, atmospheric boulevards is the favourite and perfect way to wrap up a lovely experience. The Palacio Duhau — Park Hyatt Buenos Aires has two wings, including an orginal which has preserved much of its neo-classical glory, along with crystal chandeliers and gilded doors.

When you think Monte Carlo, you think of Casino Royale. You’re not wrong but there’s a lot more to the city than gambling tables. Located along the scenic French Riviera, Monte Carlo offers dozens of romantic experiences for couples in love. The Hotel Metropole offers panoramic views of not just the surrounding waters, but also snippets of the stunning Boulingrins Gardens with its fountains, sculptures, and yards of luscious green.

Enough ink has been spilled about the beauty of Russia to circle the globe twice, but no city has received the same kind of adulation that St Petersburg enjoys, and it’s easy to see why. Marvel at the extravagant Imperial architecture from centuries of tzar rule, or catch a Russian ballet at the historic Mariinsky Theatre — wherever you go, it’s impossible to miss the ornate buildings and sculptures that line the streets. Make your trip even more memorable with nights at the venerable art nouveau-style Hotel Astoria, a 106-year-old property that’s hosted presidents, celebrities and intellectuals alike.

Medieval castles, acres of mountains and farmland, a vibrant arts scene and as much whisky as you can imbibe — Edinburgh has all that, and more. With decades of history virtually seeped into the city’s cobbled streets, you’ll be retracing the steps of Scottish kings and queens. Dominating Edinburgh’s skyline is the Victorian facade of The Balmoral Hotel and its striking clock tower, which overlooks the entire city. You’ll feel like royalty yourself within these storied walls.