Blending modernity and versatility, CROIX Jewellery together with Emily Jaury created pieces that can be worn any way in a stunning collection that breathes new life into classic designs while lending an air of modernity to them.

A notable self-made entrepreneur, Emily Jaury is the founder of the Love and Flair empire. Having been featured in Forbes’s 30 Under 30 list, Jaury is an eclectic figure to say the least, something that aligns perfectly with the philosophy behind the design of the pieces from CROIX.

Founded in 2015, CROIX is an unusual and premium jewellery label that has garnered a reputation for its refreshingly modern design and fine craftsmanship, making it one of the most beloved brands in Indonesia. Recently, the brand unveiled a collaboration with Jaury featuring six jewellery pieces which havebeen reworked by Jaury herself to be as ergonomic as possible while retaining their vision of designs that can be worn in any way and any occasion. 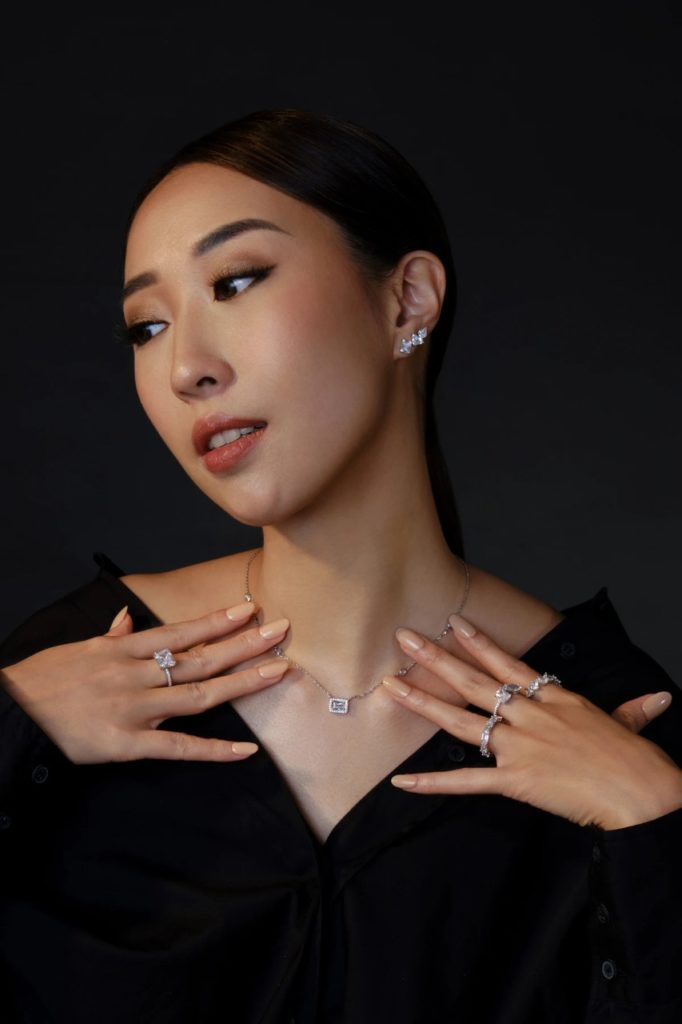 One of the design highlights include The Oudretear, a stunning ear crawler which features elongated tips that are curved to fit any earlobe universally. Another recurring theme in the collection is Jaury’s personal favorite – The East-West emerald cut setting which further lends an aura of refreshing modernity to a classic piece, along with the Vide Loop eternity band – a unisex stackable ring, and the Isorea Necklace with its delicate paves, is an extendable necklace that gives the wearer the option of dressing it up or down.