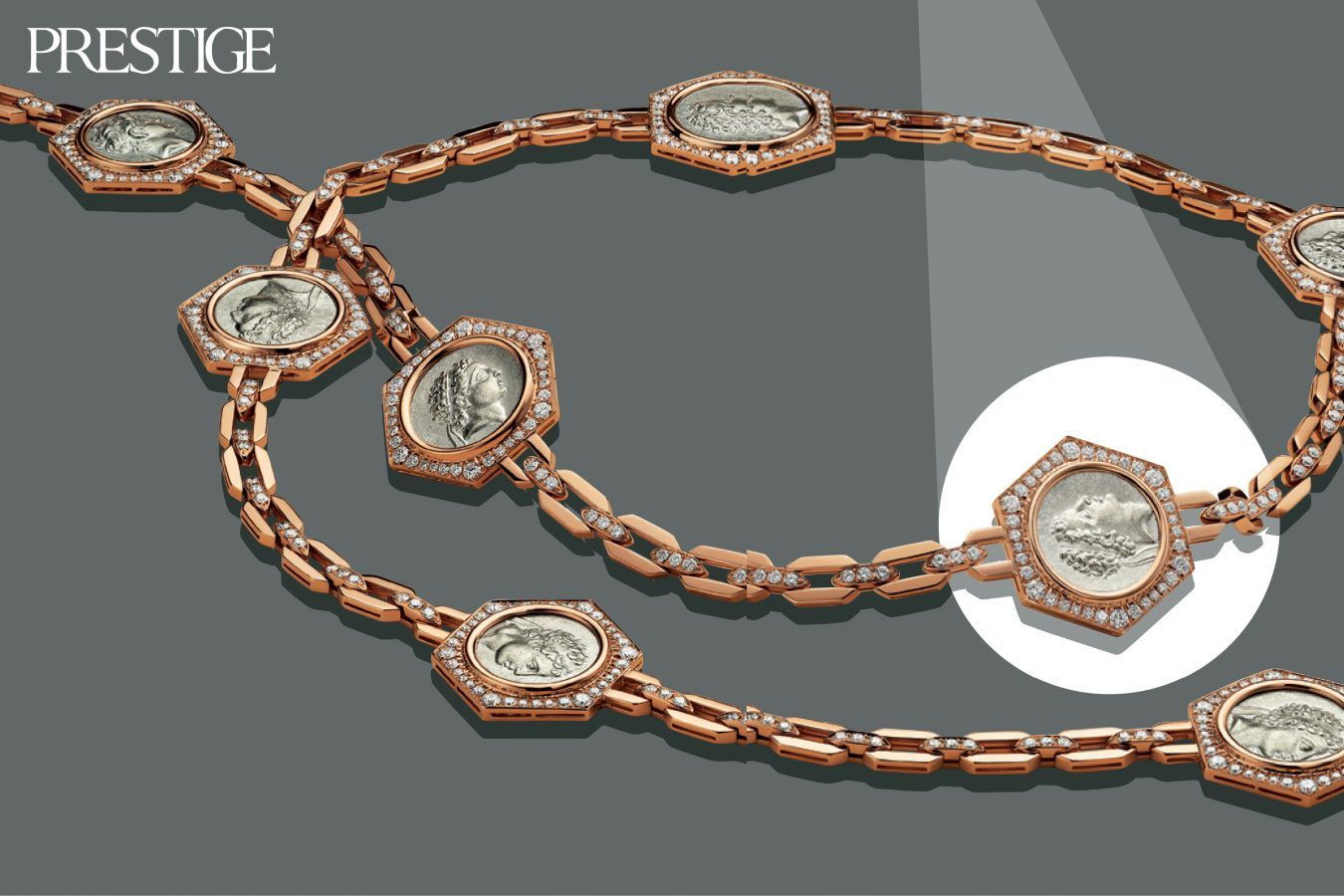 Everybody certainly knows signature symbols of the world’s most influential maisons, or do they? Take a closer look at our most beloved brands’ lesser-known emblems and motifs, and discover their fascinating heritage. 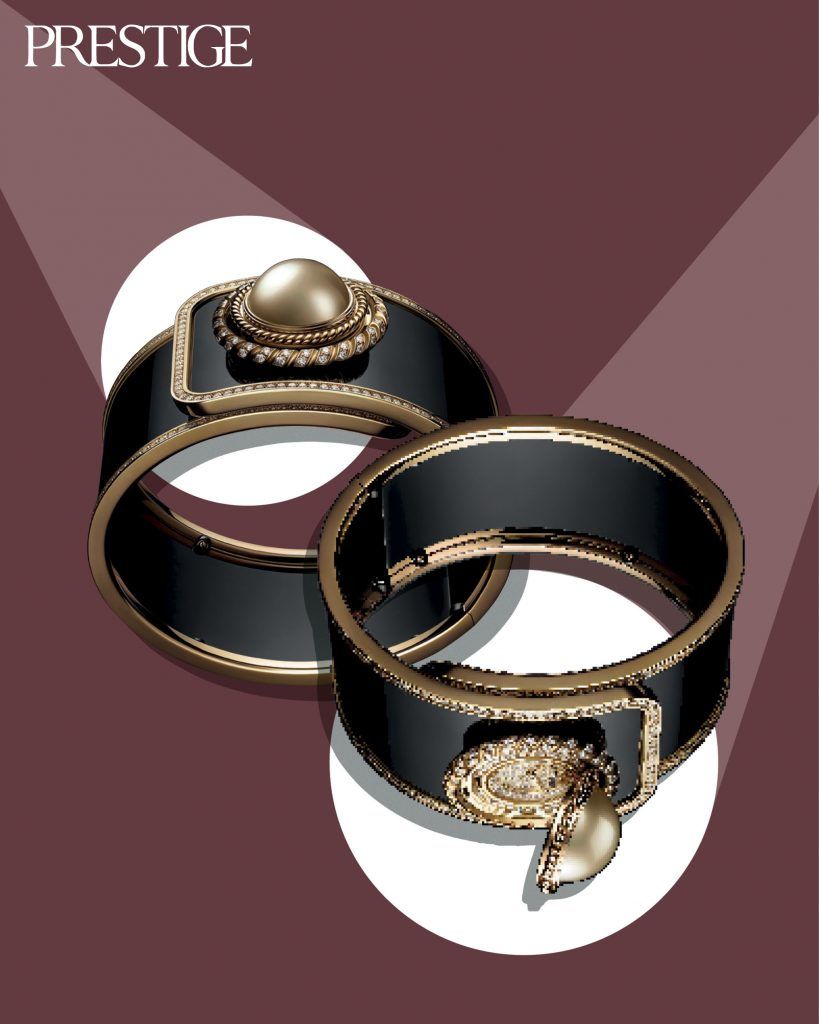 The intimate world of Gabrielle Chanel is replete with symbols dear to her. Certainly, for a fashion revolutionary, an element both stylistic and functional such as the button would be of utmost significance. Enriching the Mademoiselle Privé Bouton 2020 and 2021 collections is this year’s unexpected yet captivating Hors-Série Mademoiselle Privé Bouton Golden Pearl Motif Set. From this range is a special-edition cuff watch, whose diamond-studded dial is concealed by a classic Chanel pearl button embellished with yellow gold and diamonds. Only five pieces of this numbered watch is available. 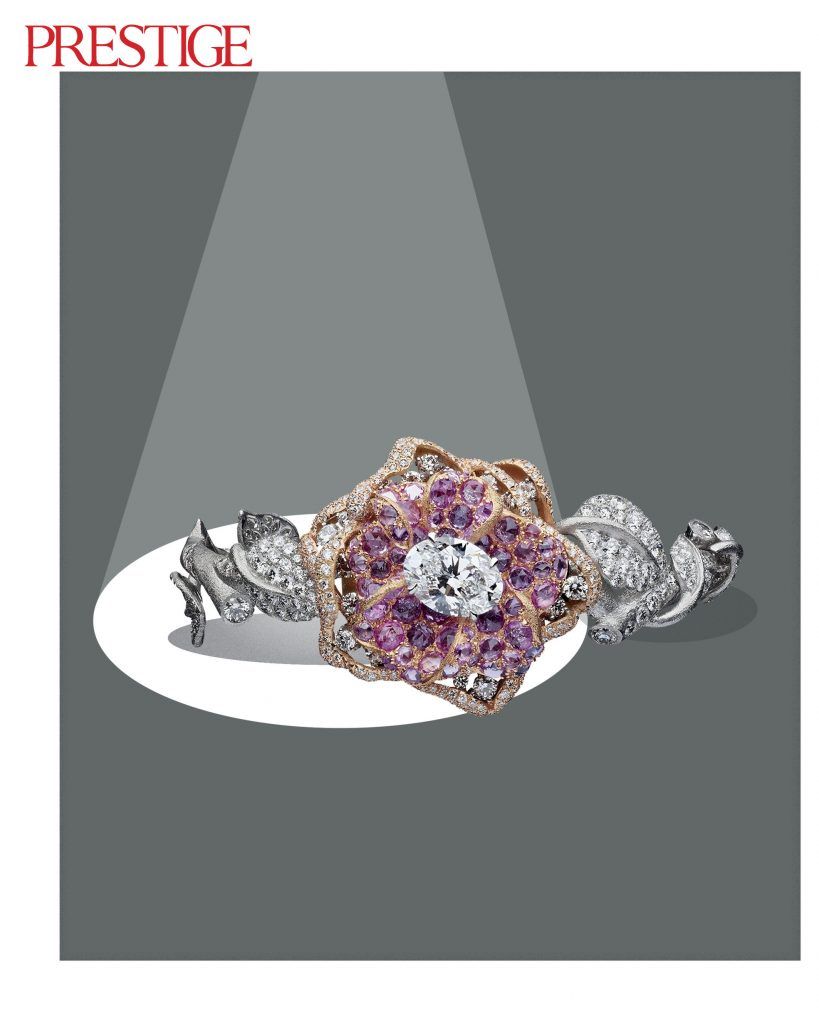 “Thankfully there are flowers,” couturier Christian Dior, whose childhood in Normandy was perfumed by the queen of blooms, once said. Among his favourite places was the family rose garden, patiently tended by his mother. During his time, the designer featured the blossom, its petals and gentle hues heavily in his work, even creating femmes-fleurs (flower-women in French)., The perfect modern interpretation of the monsieur’s vision, this 30 Montaigne Ring Rose with pink sapphires and diamonds is made in celebration of the re-opening of Dior’s historic flagship boutique on 30 Avenue Montaigne, and only sold there. 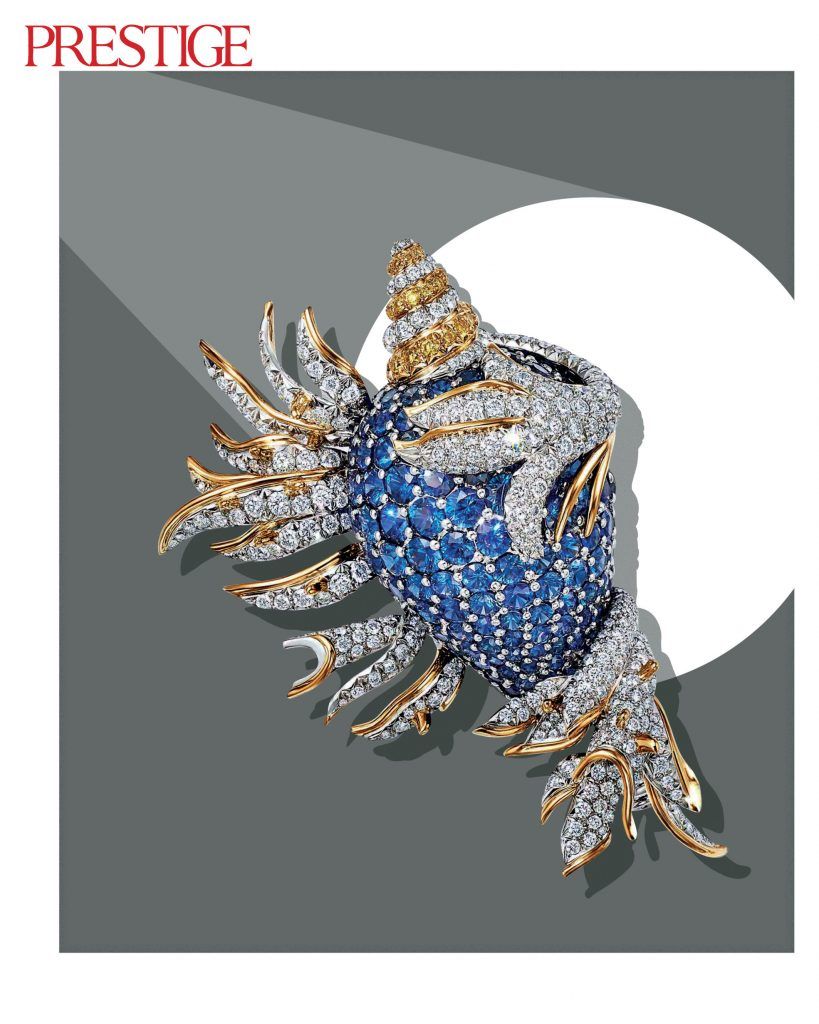 If it is an extraordinary bejewelled sea creature, chances are it is a Jean Schlumberger. The French-born designer who moved to New York post-WWII is one of the most celebrated jewellers of the 20th century, and frankly speaking, of all time. Upon joining the American house and given unlimited resources, his name became synonymous with fantastical flora and fauna, of which his marine creatures such as sea stars and fish were some of the most iconic. Here is a recreation of another Schlumberger signature: a Coquillage clip in platinum and yellow gold with blue sapphires, and yellow and white diamonds. 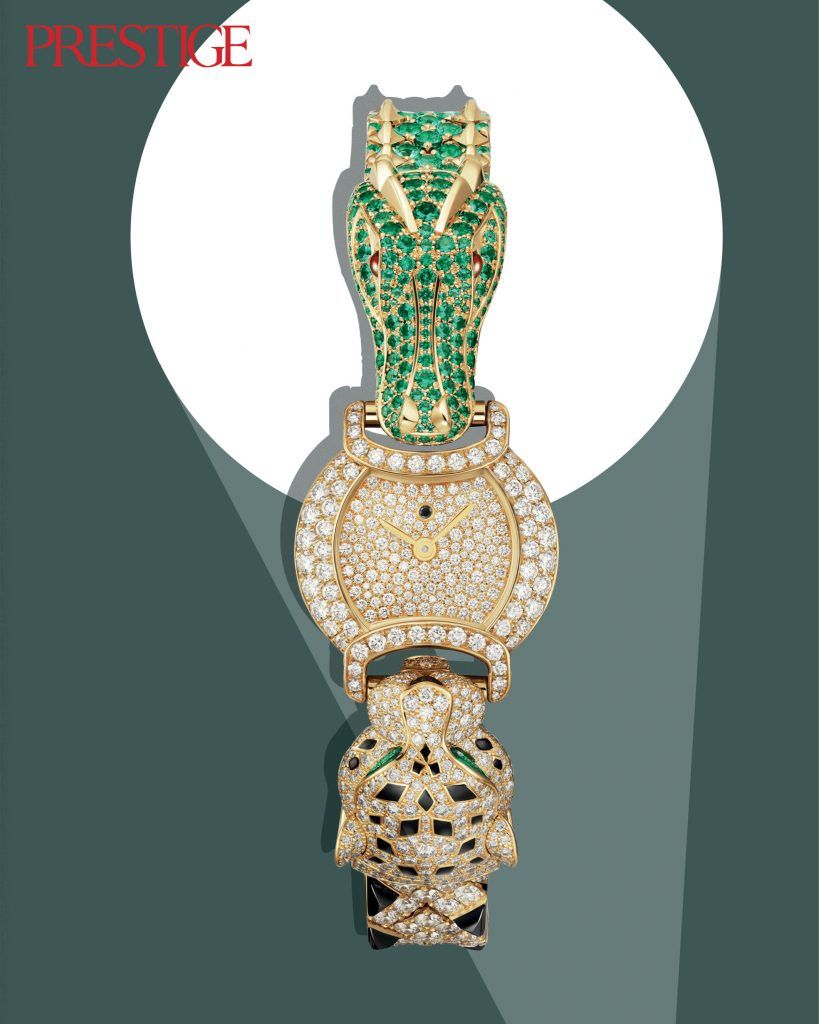 While the panther rules the animal pantheon of Cartier, the house has always been famous for its mind-goggling menagerie of wild and wonderful creatures. Among its most memorable is the crocodile, which recalls the maison’s fascination with Egypt. The reptile has seen many high jewellery iterations but made the most impact gracing the neck of Mexican actress Maria Felix in the 1970s. Now, the apex predator returns on the bracelet of the magnificent Indomptables de Cartier yellow gold and diamond watch. Studded with 255 emeralds and two ruby cabochons, it faces off its worthy opponent of a panther across a diamond-encrusted dial. 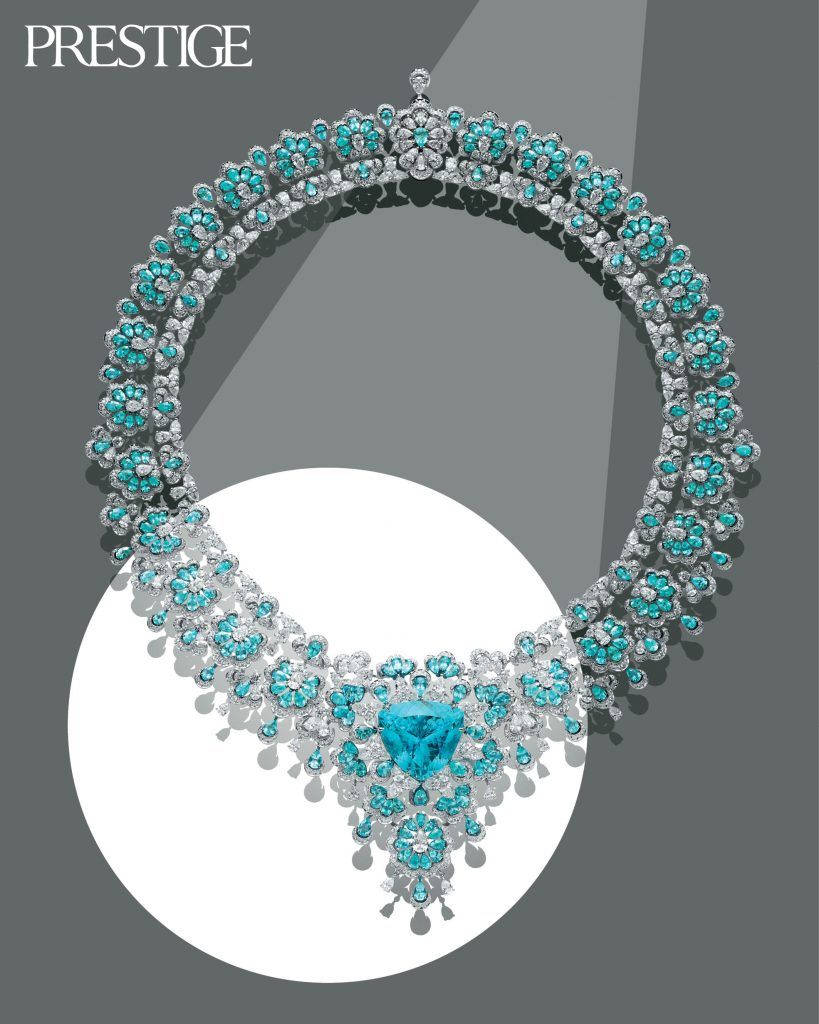 One of the super-powers of the house of Chopard is its mastery of precious metals – which is why its annual Red Carpet Collection is truly a sight to behold. A permanent theme across its high and fine jewellery categories is Precious Lace, which showcases ancestral filigree work on feather-light diamond creations that wear like second-skin. Exemplifying the maison’s genius is this majestic necklace crafted from Fairmined-certified ethical white gold and titanium, and highlighted with a neon-blue 34.63-carat Mozambique Paraiba tourmaline that no one can peel their eyes from. 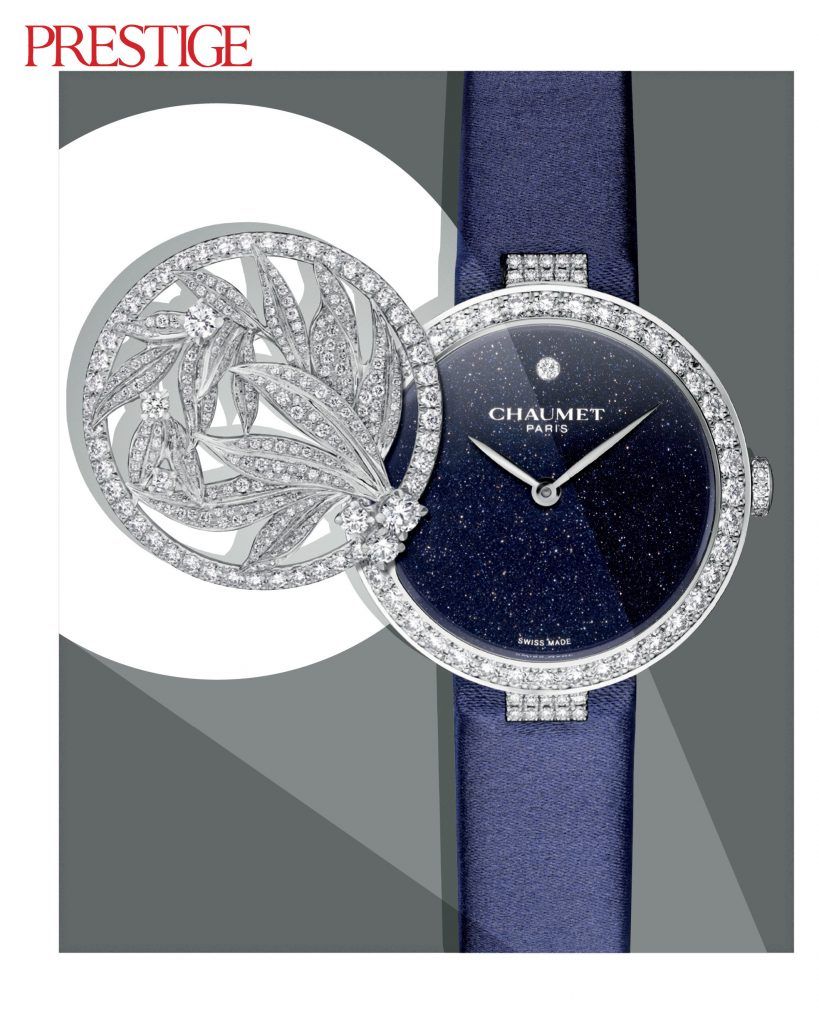 Elegant and delicate naturalist motifs have always been the heart and soul of Chaumet throughout its 242 years of history. The laurel leaf is a key design element in its archives, thanks to its gravitas as an ancient symbol of immortality and victory treasured by none other than Empress Joséphine, the wife of the maison’s patron Napoléon Bonaparte. Reinterpreted in a modern yet refined way, the laurel today graces many of Chaumet’s creations, including this white gold 12 Vendôme Laurier Secret Watch, which contrasts an aventurine blue dial beautifully with brilliant-cut diamonds. 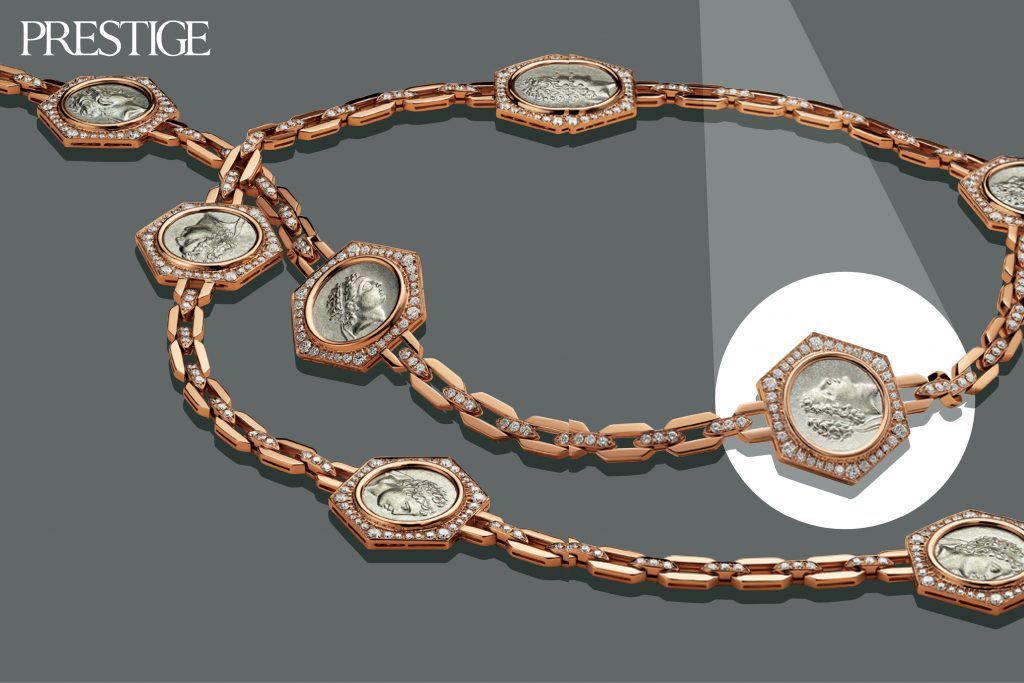 Ancient civilisations across the world prized currency so dearly that they were often used as statement accessories and good luck talismans. Keeping this practice alive is Roman jeweller Bvlgari, which is a key force in resurrecting the ancient coin as a contemporary aesthetic motif. The house debuted its first Monete jewellery collection during the era of the Dolce Vita, when the aesthetic of rounded forms, bold contours and alluring volumes cemented its place in Bvlgari’s design lexicon. On his maison’s motivations, Nicola Bvlgari said this in a 1982 interview: “To these ancient coins, relics of the past, we offer a second chance at life: Rather than closing them in a drawer, we transform them into living things.” Every Monete piece is every bit an antique and an artwork as it is a jewel – for every rigorously sourced coin is rare and precious. Case in point: this pink gold and diamond necklace embellished with nine perfectly preserved coins bearing the profile of none other than Alexander The Great, who ruled the Macedonian kingdom from 336 to 323 BCE. 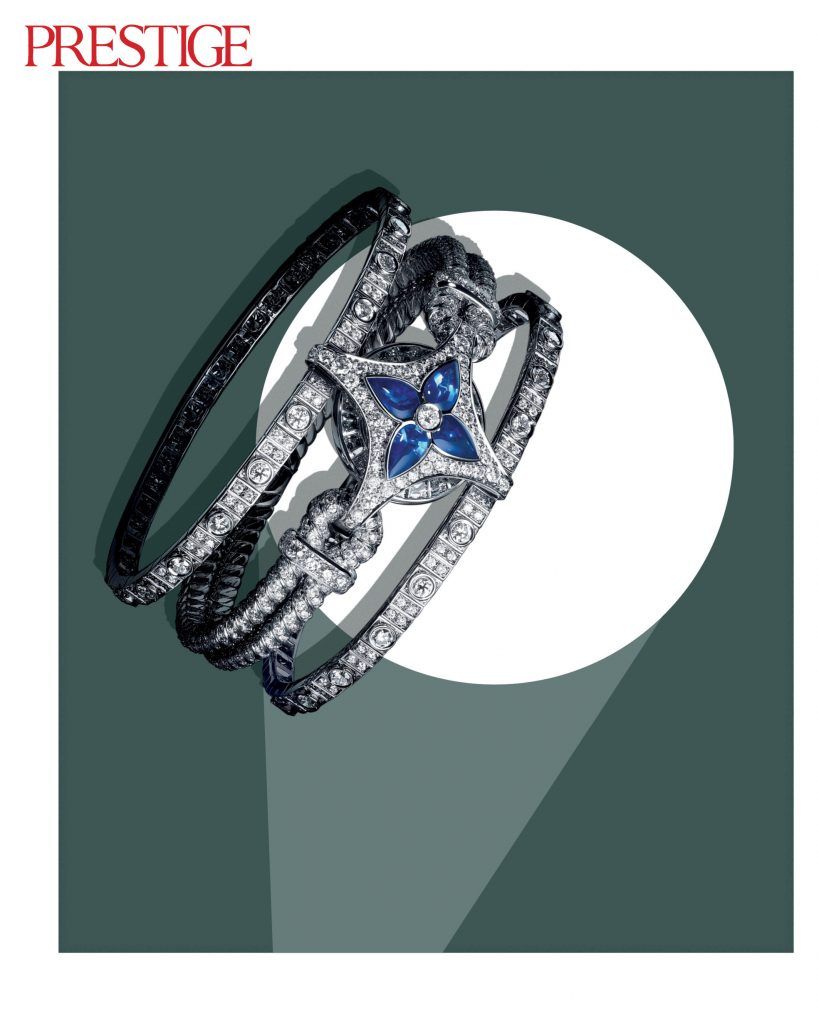 Created by Georges Vuitton as a tribute to his father, Louis Vuitton, the LV monogram features the initials of the maison’s founder within an attractive pattern that needs no introduction. The design was in fact inspired by the decor of the earthenware tiles in the Vuitton family home in Asnières. While many recognise the four-leaf clover and its symbolism, the four-point star may have escaped their attention. Symbolising fortune and hope, this motif when enclosed by a diamond-shaped compass border connotes the spirit of travel and discovery. Here on the Bravery Le Mythe white gold bracelet, the star is adorned with diamonds and four pear-shaped blue sapphires weighing 3.61 carats. 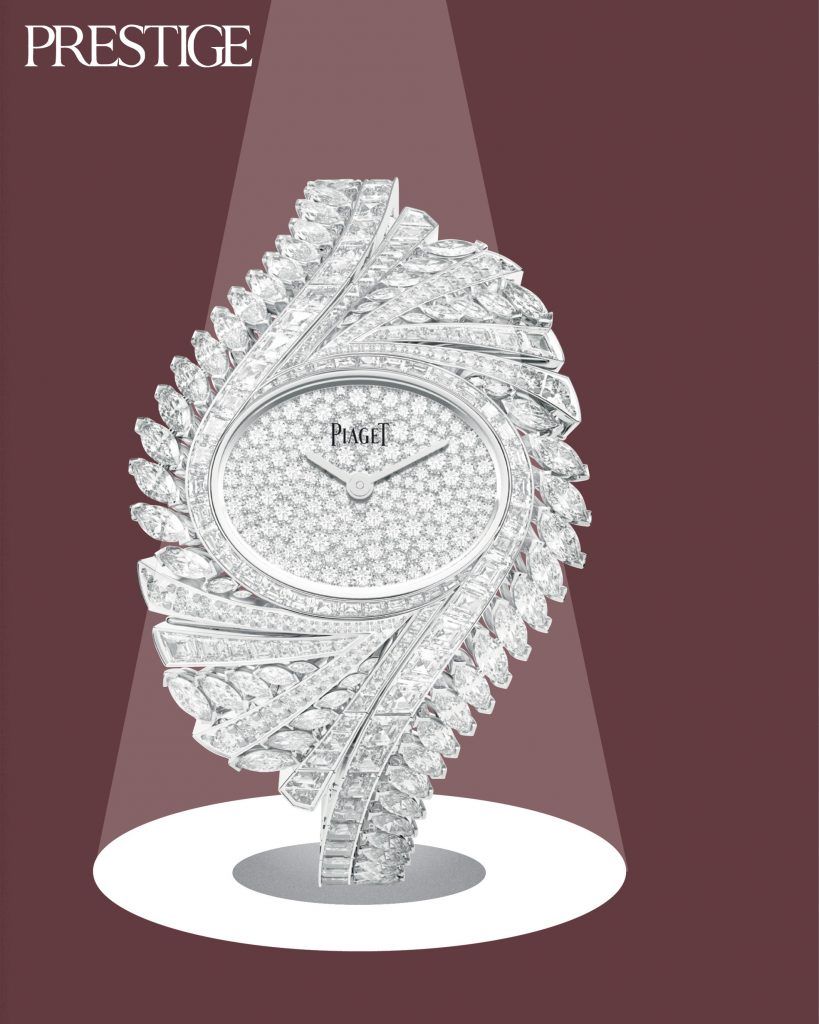 Legend has it that France’s King Louis XV requested a diamond to be cut in honour of the smile of his beloved Marquise de Pompadour. This historic shape has, in contemporary times, been adopted as an important Piaget design code, for the fact that it makes gemstones dazzle. Together with the house’s expertise in goldsmithing and gem-setting, marquise-cut stones lay the foundation for many of Piaget’s most distinctive creations. Over 175 hours of jewellery craftmanship were dedicated to this Limelight Gala High Jewellery white gold timepiece. Out of the 256 diamonds sensually encircling the snow-set diamond dial, 87 are marquise-cut, claw-set sparklers. 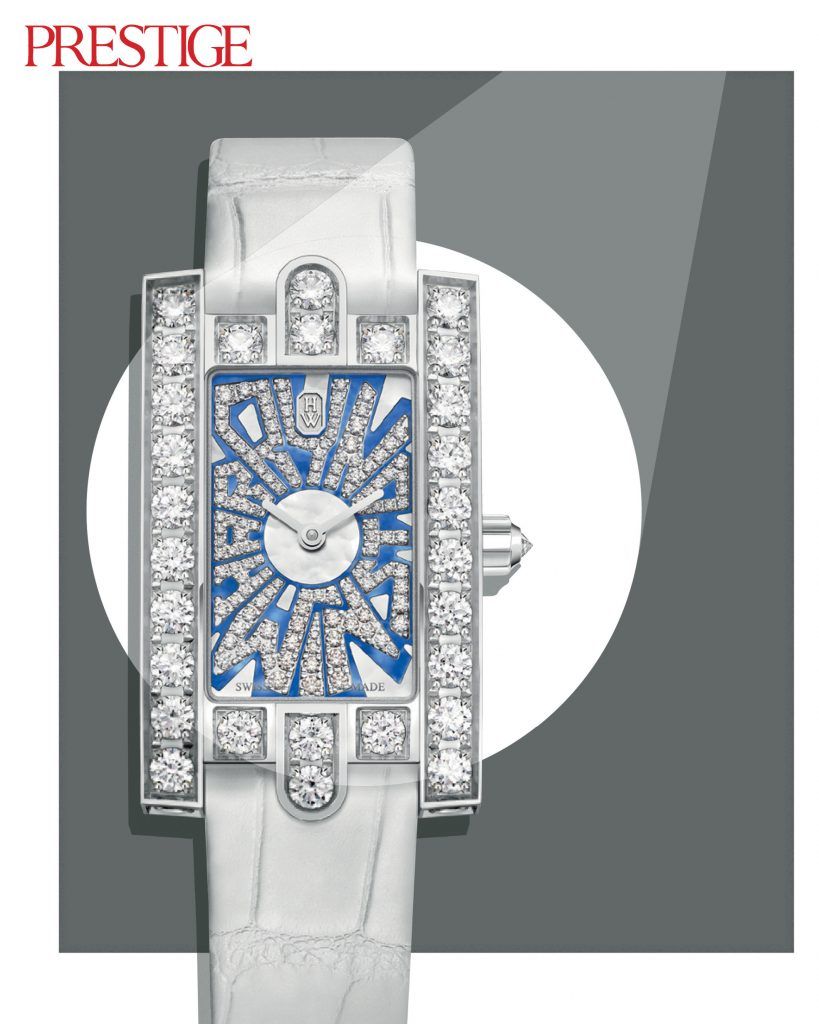 The stone facade of Harry Winston’s historic Fifth Avenue flagship salon in New York is truly a fine showcase of architecture from the Art Deco period. Taking design cues from this feature is the Avenue family of watches, which flaunts a sleek rectangular case anchored by the house’s iconic arch motif inspired by the salon’s entryway. While the collection is evergreen, there is a recent update that fuses the jeweller’s refined elegance with a contemporary flourish in the form of a colourful graffiti-style dial. On this Avenue Classic Graffiti timepiece, 147 diamonds contrast with blue and white mother-of-pearl to mesmerising effect. 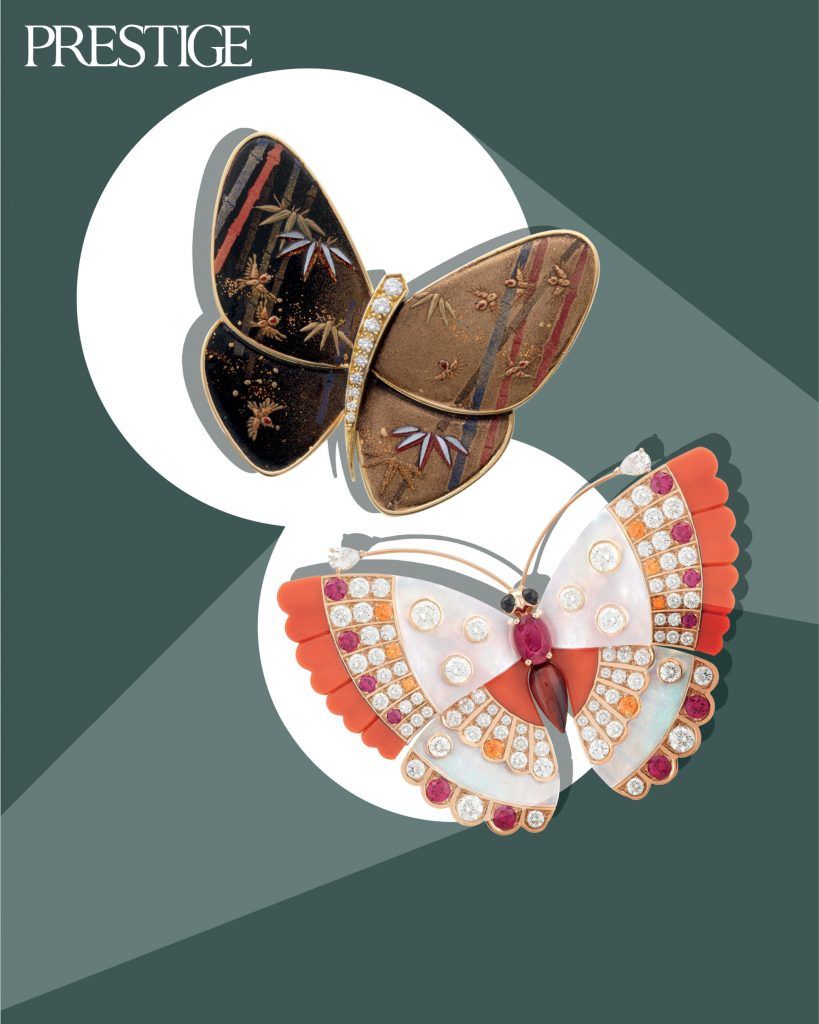 The poetic beauty of flowers has an important place in the universe of Van Cleef & Arpels. Another closely associated emblem in the maison’s garden of symbolism is the resplendent butterfly, which intersects the themes of nature, blooms, winged creatures, love and imaginary worlds. Showcasing two unique interpretations here are, on top, the limited-edition Chikurin (bamboo forest) and Suzume (sparrow) lacquered butterfly clip in yellow gold, with mother-of-pearl and diamonds; and at the bottom, the Féodora butterfly clip in rose gold with rubies, spessartite garnets, black spinels, bull’s eye stones, coral, mother-of-pearl and diamonds.