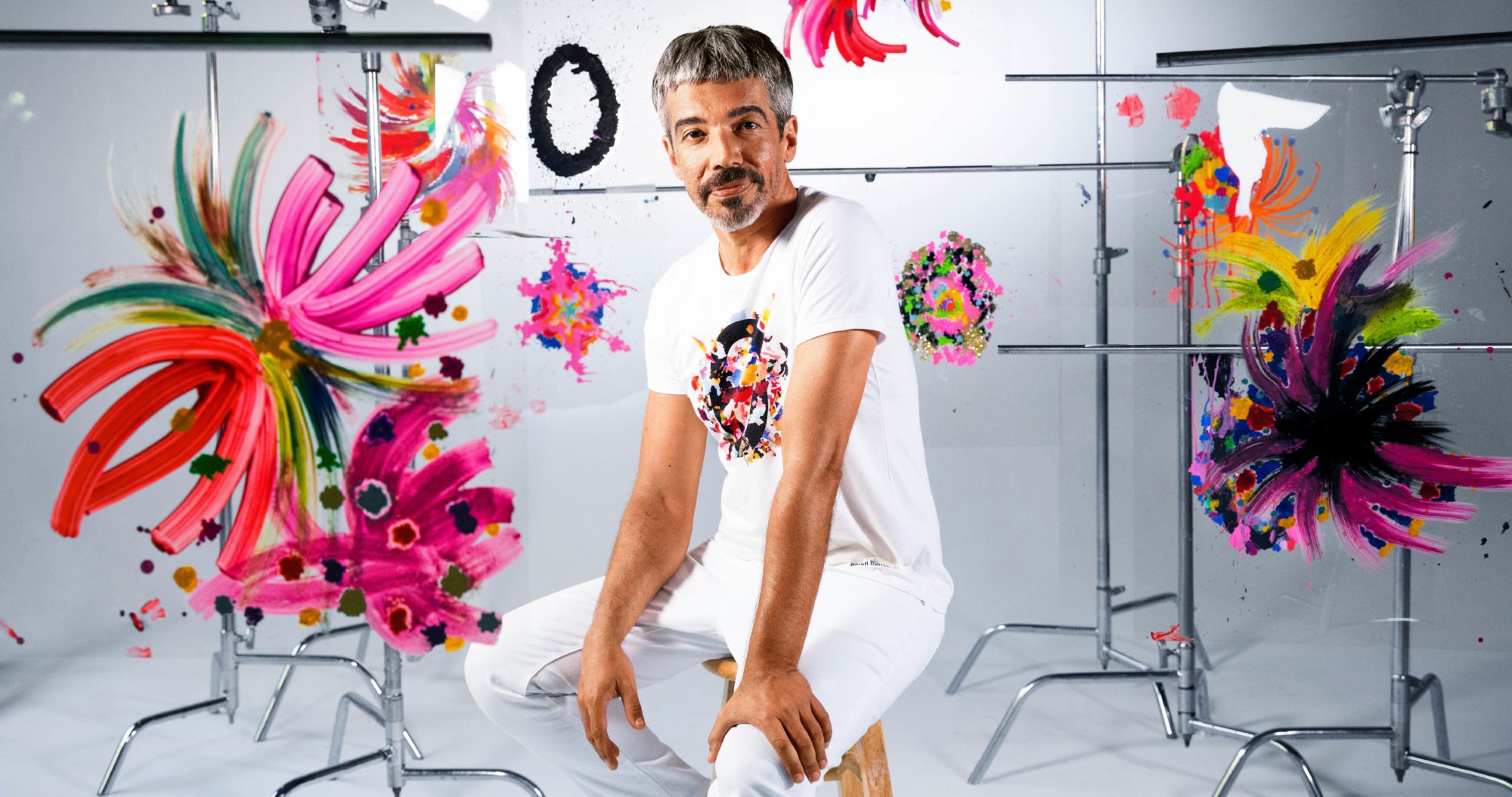 In anticipation of World Food Day on October 16, Michael Kors has become a host of exciting initiatives to support Watch Hunger Stop, the brand’s vital, annual campaign to fight global hunger. The brand’s partner in the effort is the United Nations World Food Programme (WFP), and all funds raised support WFP’s school meals program. Last year, WFP provided school meals to more than 18 million children in 60 countries, providing them with vital nutrition that helped them fulfill their potential.

In celebration of the campaign’s 5th anniversary, Michael Kors has partnered with Eli Sudbrack I AVAF, a multi-media artist living and working between São Paulo and New York, for the 2018 Watch Hunger Stop campaign. In his signature, colorful style, Sudbrack created the design for this year’s limited-edition t-shirt.

“When I was invited to this project, I was so happy to finally do something where I could reach out and help people’s lives in a very concrete way,” says Sudbrack. “I think every artist should do more of this, especially in the world we live in now. I come from a country that has a lot of issues with hunger and education. If you can solve those two problems, the world would be different.”

For the first time, Michael Kors’ Watch Hunger Stop limited-edition t-shirts will be available for purchase online and in every Michael Kors lifestyle store in the US as well as select global stores. Created by Eli Sudbrack I AVAF, the t-shirt design honors the U.N. goal of achieving Zero Hunger in the world by 2030. For every t-shirt sold, Michael Kors will donate 100 meals to children in need through the World Food Programme, which means that 100% of the profits go to help feed hungry children.* Better yet, Michael Kors will donate 100 additional meals to WFP if customers “wear it and share it” by snapping a “selfless” selfie in their Watch Hunger Stop t-shirt and posting it online with the hashtag #watchhungerstop.*

IN PARTNERSHIP WITH KATE HUDSON

Kate Hudson knows the importance of supporting children and their communities. Michael Kors is honored to continue its partnership with the actress, author, entrepreneur and longtime supporter of Watch Hunger Stop and WFP, who will once again lend her talents to support the cause.

“There’s something so simple but so deeply important about the work that the World Food Programme does,” says Hudson. “It is not just that [WFP] feeds children—though they do that and it’s incredible. They also work to support families and education and local economies, working towards a bigger picture that enables communities, and ultimately countries, to get back on their feet. I really do believe that if we work together at this, we will see an end to world hunger.”

HAILEE STEINFELD JOINS THE CAUSE

Hailee Steinfeld, who appeared in the 2017 Michael Kors The Walk campaign, will lend her influence to the cause for the first time this year. “It was an honor to team up with Michael Kors again, this time for such an important, worthy cause,” says the actress and singer. “All children deserve to have their basic needs met in order to fulfill their greatest potential. If we band together, we can end hunger for good.”

Special-edition watches have been a part of the Watch Hunger Stop effort since its inception, with 100 meals donated to WFP for each watch sold.* This year, the iconic Runway watch features a gold-tone case in a slimmer profile with a detailed map of the world on a turquoise-hued dial. The unisex style is sold exclusively this fall in select Michael Kors stores worldwide and online at michaelkors.com and retails for $275.

To mark World Food Day, Michael Kors has created a special Watch Hunger Stop Snapchat geofilter that launched on October 1. Just stop by almost any Michael Kors store in the US or UK, snap using the special geofilter, and 25 meals will be donated to WFP.*

Share The Meal is the world’s first app against global hunger. An initiative of WFP, Share The Meal has bright, charming graphics, an effortless interface, and a wealth of facts and photos about people and places you’re delighted to get to know. With Share The Meal, you can donate as little as $.50 with a tap on your screen—and know you’ve helped someone. Download the Share The Meal app at http://wfpusa.org/MKSTM2017.

During the month of October, customers can make a donation directly to WFP at the register in select Michael Kors stores around the globe. Just $5 feeds a child in school for a month.

In select countries, visitors to WatchHungerStop.com can follow the on-screen link to donate to WFP directly.

“Hunger is a global problem but it’s also a solvable one,” said Michael Kors. “However much you choose to get involved, you will make a real difference in someone’s life. One of my dreams is to see a world with Zero Hunger, and we are working hard with the United Nations World Food Programme to make that a reality. I’m proud of what Watch Hunger Stop has been able to accomplish so far, but we’re not done. So we continue to work together to zero.”