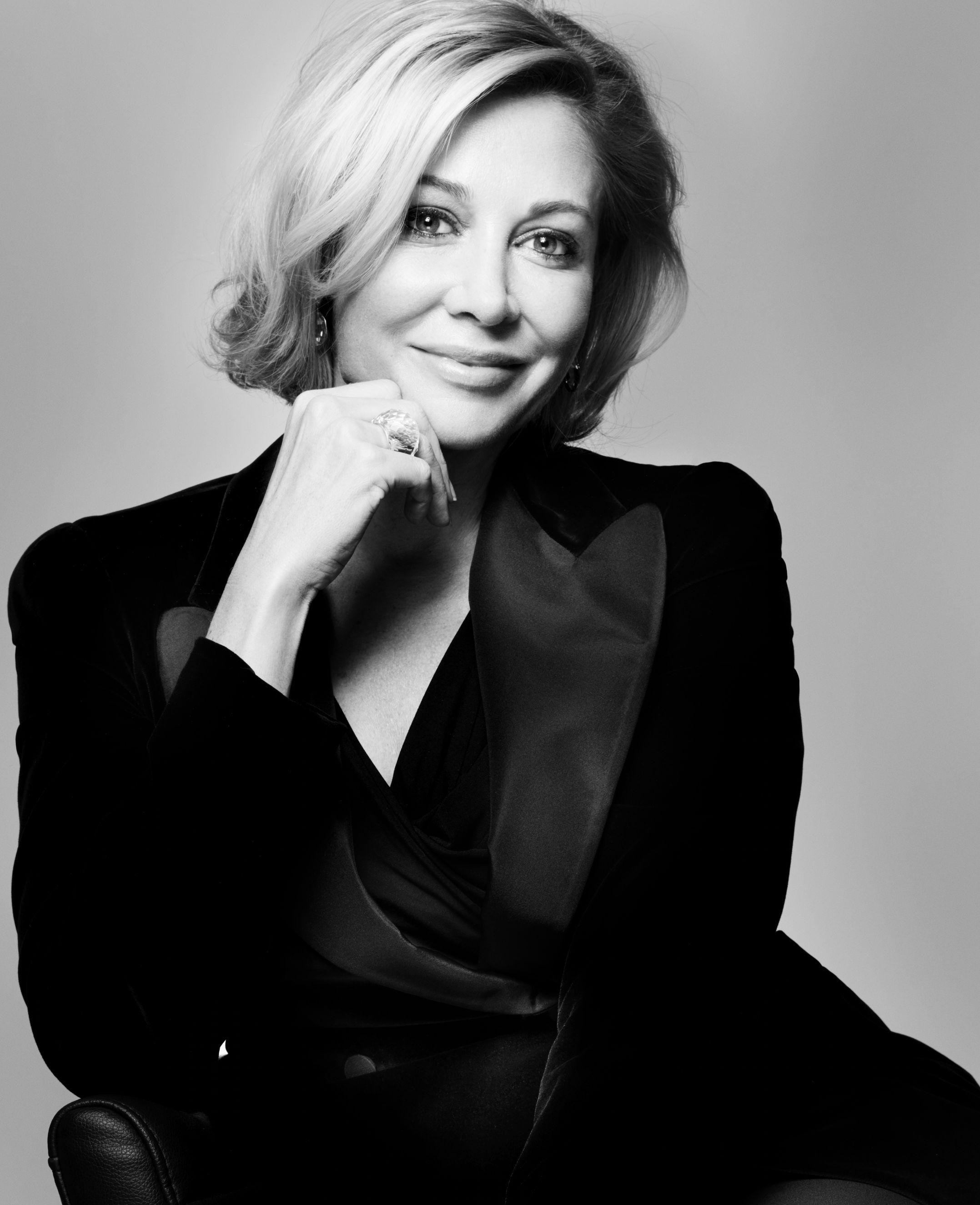 How Nadja Swarovski Propelled Atelier Swarovski into the Future

To say that Nadja Swarovski sparkles is like saying the sun merely shines. In her towering heels, larger-than-life jewellery and shrobed blazer (that’s “shoulder robing” to me and you), the 47-year-old looks every inch the crystal heiress. Actually, to call her an heiress does her a disservice; Paris Hilton is an heiress. Nadja Swarovski is a Member of the Swarovski Executive Board and spearheads the brand strategy of a €3.5-billion family business, while overseeing Swarovski’s sustainability initiatives and chairing the Swarovski Foundation. She was made a Chevalier de l’Ordre des Arts et des Lettres in 2016 and unveiled Atelier Swarovski’s first fine-jewellery collection in 2017 – a decade after establishing the brand itself. As for 2018, there’s a new coffee-table book (Brilliant: The Story of Atelier Swarovski, published by Condé Nast) and upcoming partnerships with Tabitha Simmons and Anna Dello Russo.

In short, Swarovski is a busy woman. We meet at Dunhill’s Bourdon House in Mayfair, a stone’s throw from the evening’s cocktail party to celebrate the 10th anniversary of Atelier Swarovski. The great and the good of London’s fashion scene will be there, including past collaborators such as Christopher Kane and Pippa Small. But for now, it’s just me, Swarovski and her colleague in the Red Room, with the remnants of an afternoon tea spread before us. I make a feeble joke about Jane Eyre, and Swarovski replies graciously with a “Yes, everybody says that.”

Much has been written about how hard Swarovski had to work to convince fashion designers of her family’s product when she first started Atelier Swarovski. She was working against a general perception that saw the brand as twee – best known for the crystal swan and duck figurines.

“Before people realised that Swarovski was the supplier of the crystals on Queen Victoria’s ball gowns, people actually only knew Swarovski for the figurines. Having grown up with my grandfather telling me stories about working with Coco Chanel and Christian Dior, I always thought that’s what Swarovski was all about. Then I studied, graduated and realised that people didn’t know anything about it.

“So that’s my mission: to tell the general public who we are, where we came from, and what we did. Because if we do tell people about the Dorothy slippers [Swarovski crystals adorned Judy Garland’s ruby-red footwear in the 1939 film The Wizard of Oz] or the Marilyn Monroe dress [2,500 Swarovski crystals covered the actress as she sang “Happy Birthday” to JFK in 1962]. I mean, everyone knows about those items, but they just didn’t know Swarovski crystals were a part of them.”

When Swarovski joined the family firm in 1995, she became crystal’s unofficial ambassador to fashion and set about realigning the brand with its illustrious couture heritage. She dealt with stylists who were rude and dismissive of the material. She called in personal favours. She set up a little apothecary in New York with drawers upon drawers of colourful crystals, and gave away materials to any designer who would use them.

Eventually, it was Isabella Blow who introduced Swarovski to Alexander McQueen and changed the course of crystal history. As anyone who has been to a McQueen retrospective will know, that symbiotic relationship between the designer and the Austrian crystal-makers lasted over 15 years and played a pivotal part in many of the late designer’s most famous runway moments.

This strategy of supporting new talent remains at the heart of Atelier Swarovski today. Over the years, designers from the worlds of fashion, jewellery, architecture and design have all been invited to the brand’s Tyrolean home to tour the laboratories, meet the craftsmen and explore the company’s 120-year archive. The results have been some of the most beautiful and innovative pieces of crystal jewellery, accessories and home decor ever conceived.

“One of the reasons why it’s so important for us to work with young designers is that they bring us amazing new ideas,” explains Swarovski. “We’re trying to solve their fantasies, and quite often we think it’s not possible, but we try and try and try until we crack the challenge.

“And it’s always fun to mix the designers up. You know, pairing Zaha Hadid with emerging designers – she was embracing that and, of course, these young designers are so honoured to be side-by-side with her. That kind of pairing-up of talent makes it unpredictable. It’s too predictable to only choose designers from the same category.

“Whether we’re supporting the Dior 70th-anniversary exhibition or celebrating Gabriela Hearst in her emerging talent category at the CFDA awards in New York, it’s about heritage and history and keeping up that relationship versus supporting new creativity. Because it’s so hard for young creatives to be acknowledged or to have the financing, and just a little bit of support can go a long way. And that competition makes the world go around.”

It’s hard to think of a single big name from any design field that couldn’t be linked to the crystal brand. In fact, I have a theory that one could play the six degrees of separation game with Swarovski and designers, and never surpass three steps. Yet, this ubiquity doesn’t seem to have tarnished the brand’s reputation for luxury. Ever since founder Daniel Swarovski shared his vision to create “a diamond for everyone”, Swarovski has focused on bringing glamour to the masses. How does that sit with the famously exclusive fashion industry?

“You mention the word ‘mass’, so that’s one element. On the other hand, I totally believe in Swarovski’s positioning alongside other fashion brands. So, Swarovski has a different brand position within fashion versus our own retail stores. And I think it’s really important to emphasise that positioning, thus participation in events [such as BFC’s Fashion Awards in London] is really important. We believe in supporting the platform that celebrates the talent within the industry, and these fashion awards are kind of like the Oscars in the film industry. It really keeps the bar up. It keeps the industry working hard creating great product – which, at the end of the day, is really great news for the consumer.”

With that, it’s time to head over to the party and schmooze like only the fashion pack can. On our short walk, Swarovski tells me how much she loved her time living in Hong Kong and how she watched the handover from a gym in New York City. “Nobody knew what I was watching, they just saw Prince Charles in the rain.” For some reason, the fact that we both share a flashbulb memory makes me feel closer to this impossibly glamorous, blue-eyed scion of the Swarovski dynasty.