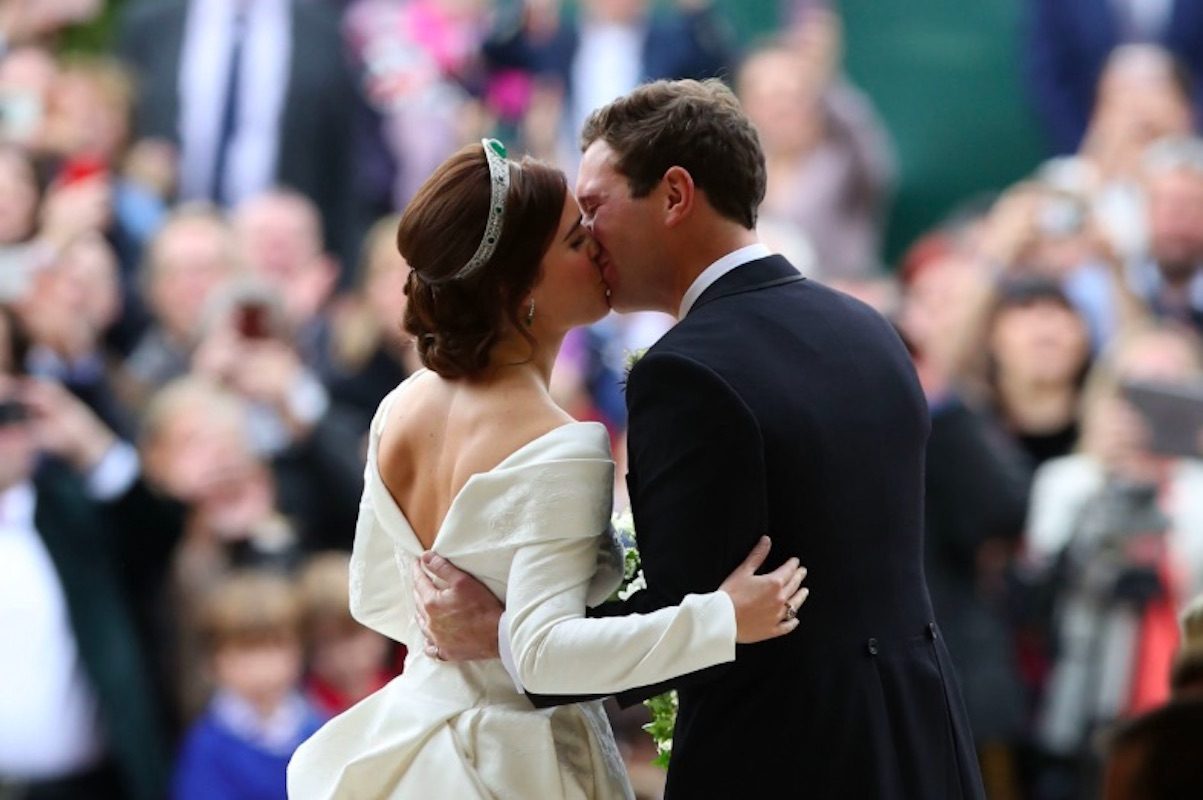 No one does wedding dresses like the royals. One need not look far into the archives for proof: Kate Middleton’s recent Sarah Burton for Alexander McQueen gown is still lauded as one of the most beautiful of all time, and Meghan Markle’s Givenchy dress remains as one of the most polarising. One more for the history books is Princess Eugenie’s wedding gown, which is said to be one of the boldest the royal family has ever seen.

SEE ALSO: Life as a blue blood: Peek into the lives of Asian royals

Designed by British designers Peter Pilotto and Christopher De Vos, the dress featured a portrait neckline and a folded shoulder detail that dips low into the back and left exposed, as the Princess deliberately did without a traditional veil to flaunt a visible scoliosis surgery scar that stretches from her neck to beyond her shoulder blades. The scar is a result of corrective surgery she had at 12 years old to correct her spine. In a pre-ceremony statement to British television channel ITV, the princess asserted her stand. “I think you can change the way beauty is, and you can show people your scars. I think it’s really special to stand up for that.”

Continuing her statement, she described her move to show off her scar as a way to honour those who go through similar experiences and those who looked after her in her trying time. In a video made by the Royal National Orthopaedic Hospital, Princess Eugenie describes herself as “living proof that all these young people may be strong or more so than [she has]”.

Made from a custom silk jacquard, the gown is intricately woven with symbols that are close to the bride’s heart. Thistle represents Scotland, a Shamrock for Ireland and a York Rose and ivy to represent the couple’s home. Completing the gown was a wide train and a diamond and emerald tiara, borrowed from her grandmother Queen Elizabeth II.

SEE ALSO: We give emerald the green light

For the uninitiated, Princess Eugenie is the daughter of Queen Elizabeth’s third child Prince Andrew and his former wife Sarah Ferguson. Princess duties aside, she works as an associate director of a contemporary art gallery and as many royals do, spearheads various charitable causes. Her husband Jack Brooksbank, is her distant blood relative and a descendant of the Brooksbank baronets, one of Britain’s most well-connected families.

Pursuits
By Diandra Soliano
Sign up to get the latest luxury and lifestyle news delivered to your inbox.
Nafeesa Saini
Features Editor
Nafeesa straddles both the print and digital Prestige publications, helming the features and lifestyle section. While storytelling is her core passion, she spends her free time looking at home decor inspiration, working out, and nursing copious amounts of coffee.
travel beauty Wine and Dine Women's Fashion Wellness culture