A Closer Look at the Latest Lange 1 Time Zone from A. Lange & Söhne

Style
A Closer Look at the Latest Lange 1 Time Zone from A. Lange & Söhne
Share
Next article

Sixteen years after the model’s debut, the latest Lange 1 Time Zone comes with a new manufacture caliber and a subtly modified dial

The new version of the Lange 1 Time Zone from A. Lange & Söhne combines functionality with eminent legibility and superb craftsmanship. For one, it features an asymmetric dial with two time displays, an outsize date and a power-reserve indicator. 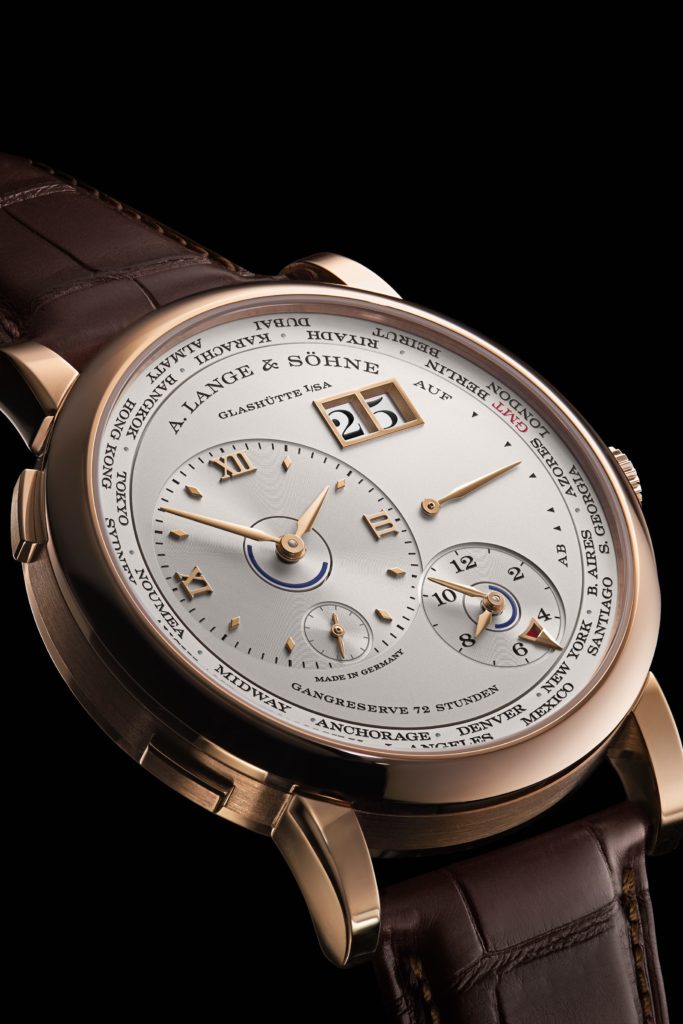 Aside to that, A. Lange & Söhne still retains the switchable city ring that allows convenient setting of the second time zone. Designed for people who work and communicate in a globally networked world, the new Lange 1 Time Zone now connects all corners of the planet more closely than ever. 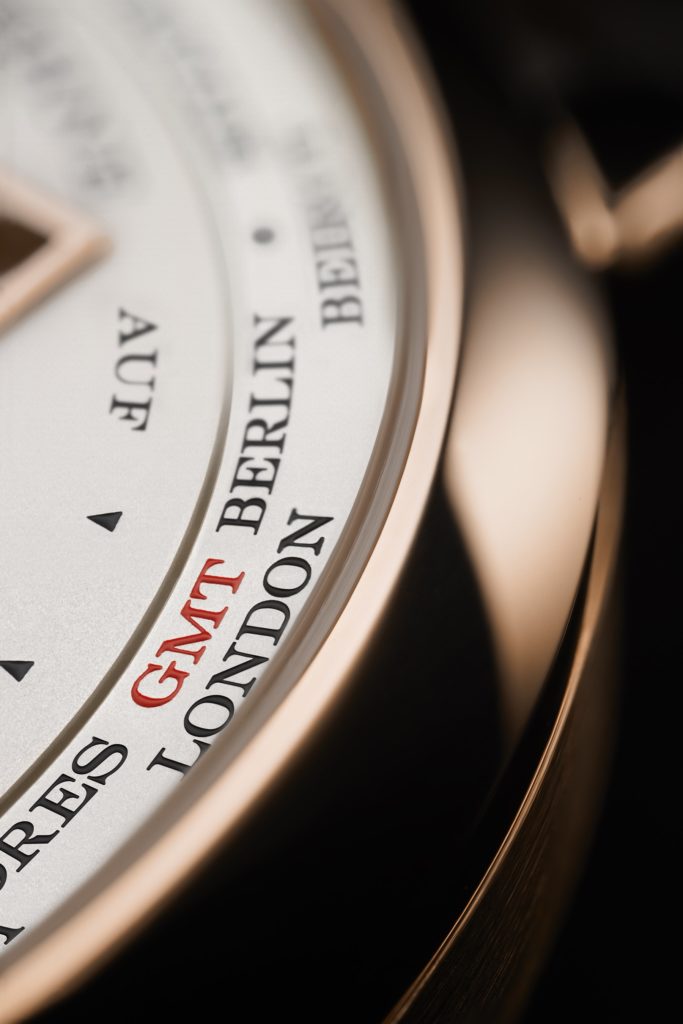 Visually, the Lange 1 Time Zone’s dial indicates home time and current time in a second time zone at a single glance. In particular, while the larger time circle shows home time, the smaller of the two-time circles can be set to a second time zone by adjusting the city ring that indicates all 24 time zones. When the time is adjusted with the crown, both displayed times are corrected simultaneously. The new Lange 1 Time Zone differs from its predecessor mainly with the day/night indicators for home and away times. In this new model, the day/night indicators — originally displayed with rotating arrow hands — have been shifted to the centres of the two-time circles. In connection with the hour hand, they inform the wearer whether the time indication applies to daytime or night-time. 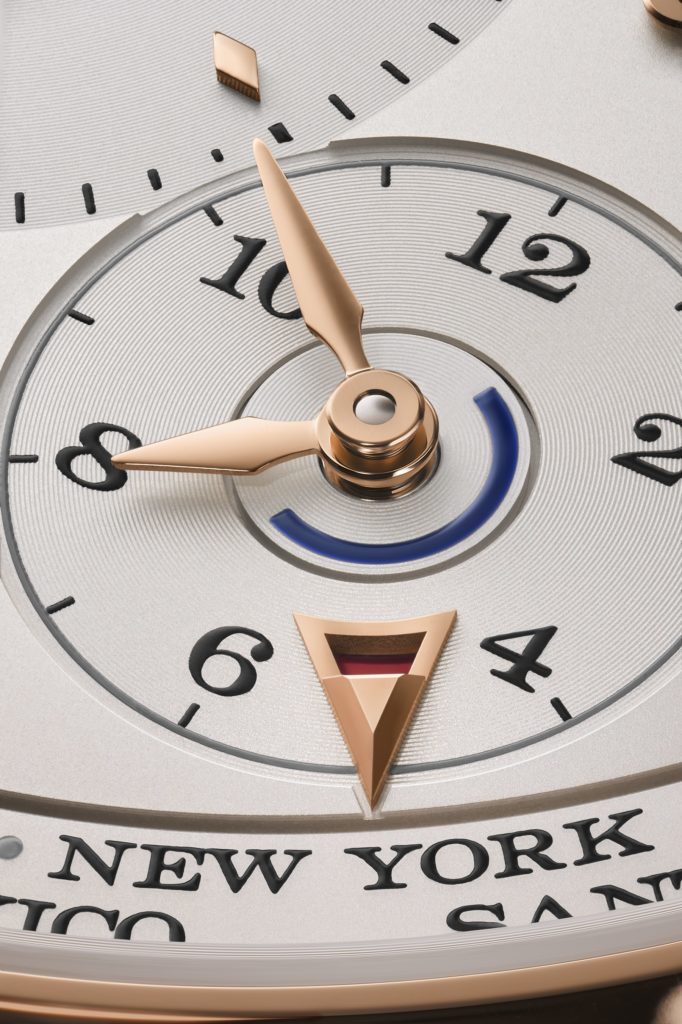 Moreover, featuring blue printed semicircles, the discs rotate once about their axes in 24 hours while the hour hand performs two revolutions in the same period. When it is located in the dial-colour segment, the display spans the period from 6AM to 6PM (daytime) and on the blue background from 6PM to 6AM (night-time). Aside from the day/night indicator, the dial also displays another convenient feature with the indication of daylight-saving time, which is technically implemented with coding on the underside of the city ring. It is located in a small aperture of the golden arrow applique at 5 o’clock that indicates the reference location for the zone time that has been set. For instance, if the aperture is red, the respective city has a daylight-saving time regime. Meanwhile, if standard time applies to the city all year round, the display appears on a bright background. On a more technical note, the new Lange 1 Time Zone is powered by the new manufacture calibre L141.1, which is the 65th movement developed in the brand’s manufactory. In comparison with the predecessor model, the 72-hour power reserve is achieved with only one spring barrel. On the other hand, the artisanal decoration of the movement, which is assembled twice, reflects A. Lange & Söhne’s high standards in every detail and can be viewed through the sapphire-crystal case back. 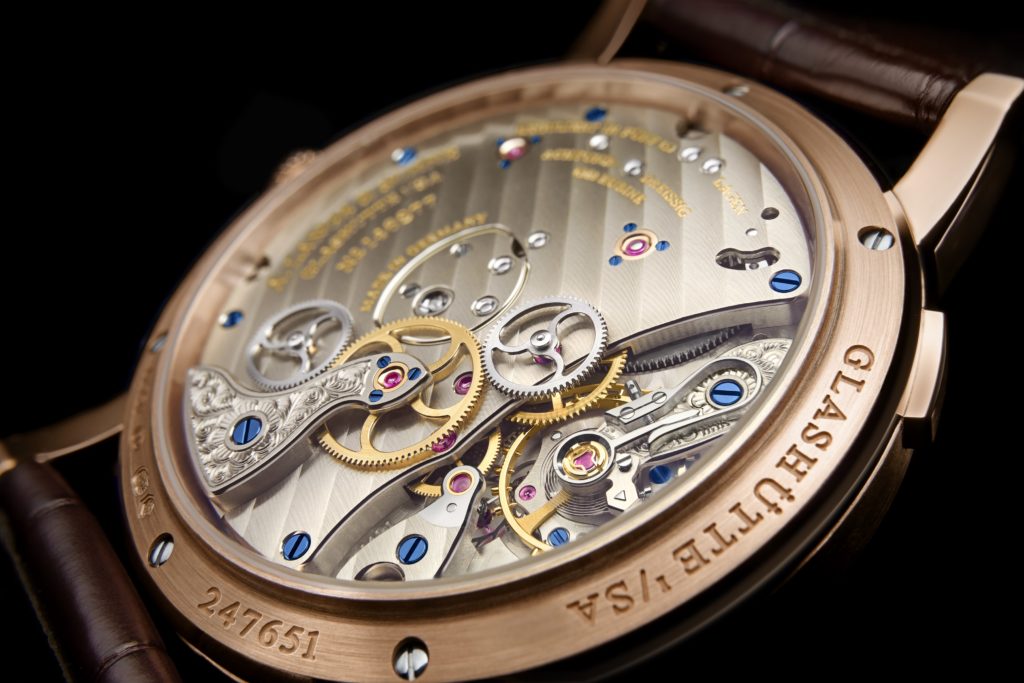 It doesn’t end there, however, as the new Lange 1 Time Zone is available in three case–and dial–combinations, namely white gold case and black dial, pink gold case and argenté dial, and a limited edition of 100 pieces for the yellow gold case and champagne dial. All in all, with its switchable city ring displaying 24 time zones, its dial modifications, day/night indicators, indication of daylight-saving time and unique synchronisation mechanism that makes it possible to transfer zone time from the smaller to the larger dial, it’s safe to say that A. Lange & Söhne’s new Lange 1 Time Zone is the perfect companion for cosmopolites and frequent travellers.

Travel
By Claudia Rindiantika
Sign up to get the latest luxury and lifestyle news delivered to your inbox.
Riga Ramadhan

“I’m working on a big launch, something that I