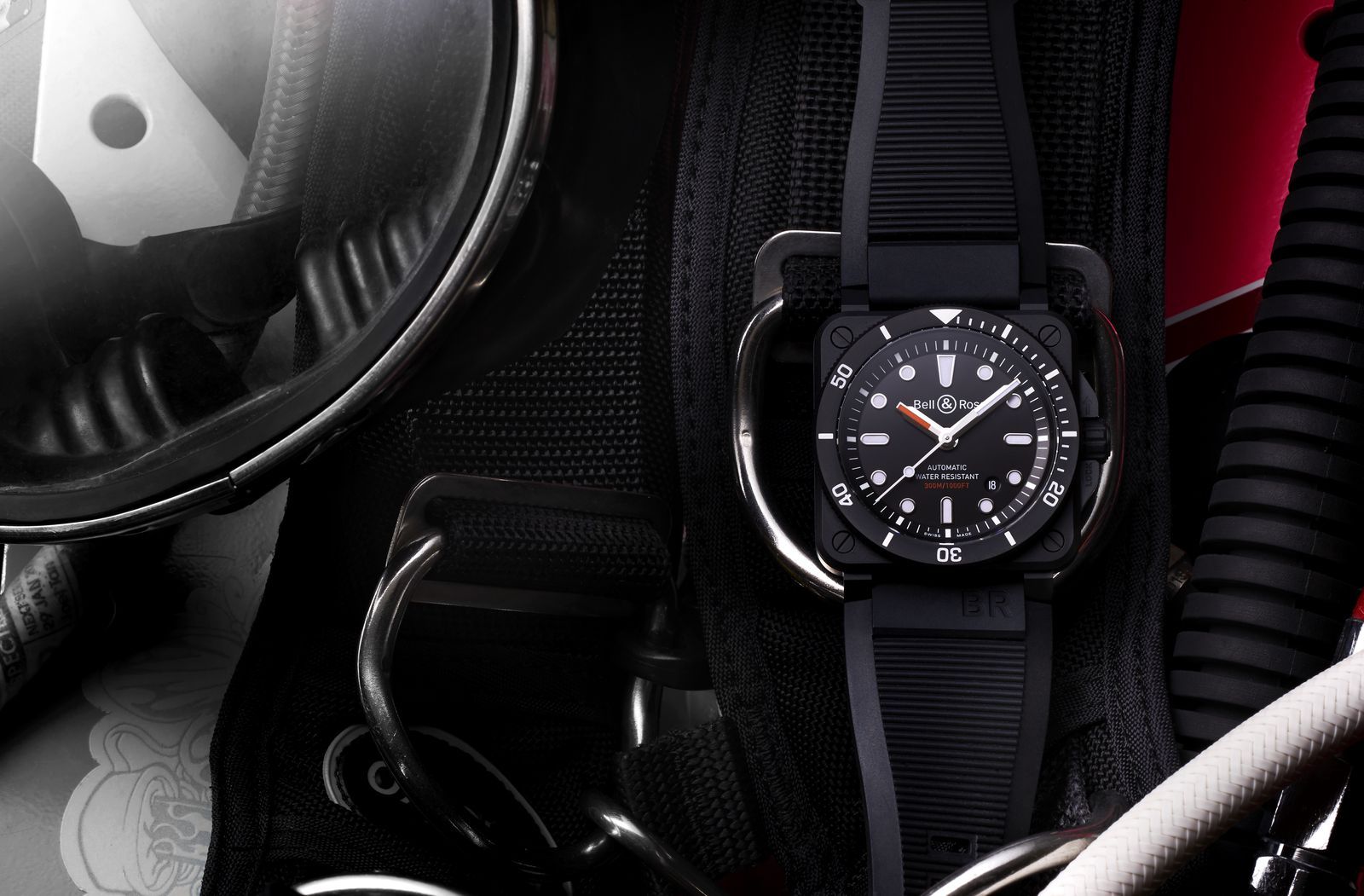 In the grand scheme of the horological world, Bell & Ross is still considered an infant. Unlike other brands with long and storied histories, Bell & Ross had simpler origins – specifically in Bruno Belamich’s and Carlos A Rosillo’s university dorm rooms. The year was 1992, and the duo decided to design a watch based on Helmut Sinn’s own creations (i.e. Sinn watches) for their university project.

Instead of creating a Franken-watch, Belamich and Rosillo reached out to Sinn himself for assistance. That was how the first Bell & Ross Space 1 timepiece was created in 1994. It had a cushion-shaped case with an internal rotating bezel and a self-winding movement produced by Lemania. The design was inspired by the Sinn 142 chronograph.

The breakthrough for the duo came in 1996 when the bomb disposal unit of the French security services ordered Bell & Ross’s new Type Demineur for its personnel. From there, the brand grew from strength to strength. It set a world record in 1997 when its Hydro Challenger reached an oceanic record depth of 11,100 metres, and came into its own a year later when Chanel bought a stake in the company before giving Bell & Ross access to its manufacture in La Chaux-de-Fonds.

Bell & Ross may be best known for its square-cased watches now, but the first iteration of this idea only came in 2005, more than a decade after the brand produced its first timepiece. The idea was simple: Turn an aircraft cockpit into an aviation watch. Take a look at the instrument panel in a fighter jet and you’ll see a geometrical pattern emerge among the chaos of dials, hands and markers. That was how the square BR-01 watch was formed.

When it was first introduced, the BR 01 took the watch community by storm, and the world began to know Bell & Ross as the watch for aviation. It began producing more and more timepieces in this arena, with each release even more well-received than the last one.

And while the brand took off with its square-cased pilot’s timepieces, it never forgot its roots, specifically its forays and subsequent world record that it set in the ocean.

Diving Into The Black

Two years ago, Bell & Ross returned to the deep blue with the BR 03 Diver Black. Shaped in the now-iconic square case, the watch re-affirmed the brand’s ability to produce professional underwater instruments.

It expanded the collection earlier this year with the BR-03 Diver Black Matte, the all-black timepiece that you see here.

Engineering a diving watch is a different challenge from building one made for the skies. First of all, there is the issue of water pressure — the lower you go, the stronger the pressure is. Bell & Ross had gained lots of experience in that field with the Hydro Challenger. Secondly, the watch has to be legible in the darkest depths; the brand had gained lots of expertise with its aviation timepieces, which remain readable in low-lighting environs.

The BR 03-92 Diver Black Matte is encased in ceramic, a material commonly used in aeronautics and space applications due to its resistance to high temperatures, physical damage, and chemical reactions. On the skin, ceramic is warm to the touch and quickly reaches the temperature of its wearer, making it ideal for the corporate warrior and desk diver who tends to go from warm external environments to the cool confines of an office.