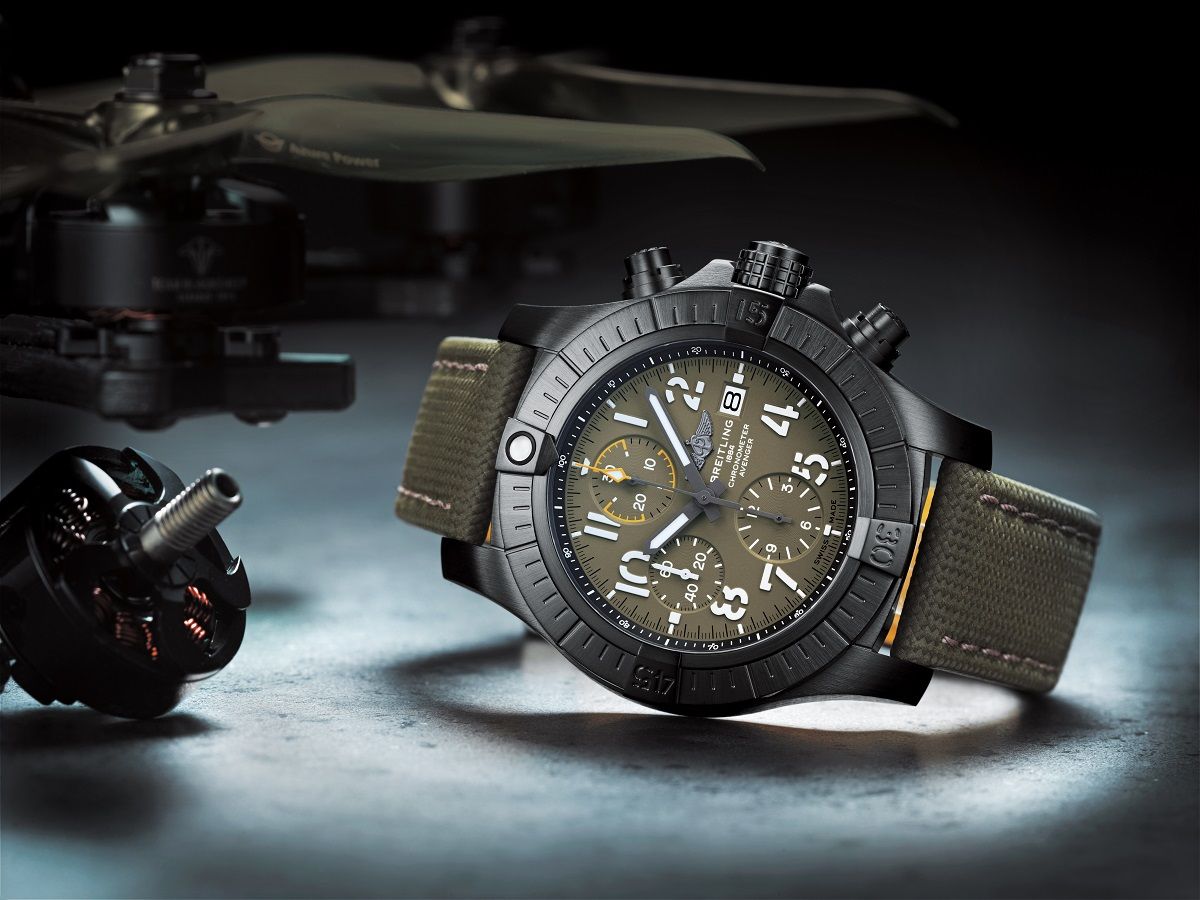 Georges Kern has been revamping – and revitalising – Breitling ever since he took over as its CEO in 2017. His latest work? An overhaul of the aviation-focused Breitling Avenger line.

The Avenger line is traditionally one of the boldest and most masculine lines among the aviation-themed collections that Breitling offers, with classics like the Navitimer serving as its counterpoint.

The same attitude has been retained in the 11 new Avenger watches. Note the familiar case with its hard edges and brushed surfaces, for instance, as well as the protruding “rider tabs” that offer better grip on the bezel. These are complemented by the watches’ robust construction and attention to reliability. Common features include screw-down crowns complete with protruding crown guards, a consistent 300-meter water resistance, and COSC-certified movements.

What’s been retained – somewhat surprisingly – are the case sizes for the Avenger, which now run from 43 millimetres to 48 millimetres across. Big and bold is clearly the name of the game here, never mind that Breitling’s other collections are welcoming more conservatively sized timepieces.
The new 11

Breitling has taken an iterative approach to the Avenger, given how familiar it remains to aficionados. The revisions are subtle, beginning with a paring down of what’s offered – just 11 models across three sizes, with time-only, chronograph, and GMT options available.

The Avenger Chronograph 43 and Avenger Automatic 43 round out the list of offerings with the most manageable case sizes, and are available in just steel.

For the launch of the new Avenger collection, Breitling assembled a new team based on its #squadonamission concept. The new Aviation Pioneers Squad consists of various pioneering professionals from the field of aviation. There’s astronaut Scott Kelly, who has spent 520 days in space and clocked over 8,000 hours in over 40 different aircraft. Rocío González Torres, on the other hand, is a commandant in the Spanish Air Force who has logged over 1,000 hours in the F18 fighter jet. Finally, there’s Luke Bannister, a world champion drone pilot with XBlades Racing.

Clearly, Breitling has assembled a team to reflect the different facets of aviation, just like the new Avenger collection’s models do.