Inspired by the inventive spirit of its founders, the new collection showcases Breitling’s most elegant and refined timepieces

In the eyes of Georges Kern, the CEO of Breilting, the heritage-inspired design with a stylish modern twist in the new collection embodies some of the brand’s most famous innovations and revives Breitling’s legacy of inventing the modern chronograph. “This truly is our heritage revived,” says Kern.

Of particular note, the new Premier Heritage Collection pays homage to Breitling’s very own Founders Squad: three generations of men who changed the history of timekeeping and made Breitling what it is today. At first, Léon Breitling founded the company back in 1884 and later, he patented a simple timer/tachymeter that could measure any speed between 15 and 150 km/h, an invention which is featured in the 1906 Vitesse pocket watch.

Moreover, in 1915, his son, Gaston, created one of the first wrist-worn chronographs with an independent pusher at 2 o’clock. In particular, this innovation separated the start, stop, and reset functions from the crown, making it infinitely more practical for timing sports. Lastly, back in 1934, Léon Breitling’s grandson, Willy, patented the second independent chronograph pusher at 4 o’clock. Aside to that, Willy Breitling understood people’s desire for a touch of elegance and glamour, which inspired him to design the original Premier wristwatches in the 1940s. Speaking of Premier, the latest generation of Premier now includes six watches which is divided into three distinctive categories: The Chronograph, The Duograph, and The Datora.

First of all, for the Premier Heritage Chronograph, the watch itself is manually wound just like its 1940s predecessors. The 40mm watch comes in two variations of dials — a pistachio-green dial encased in stainless steel or a silver-colored dial encased in 18k red gold — and powered by the Breitling Manufacture Caliber B09, which is based on the Breitling Manufacture Caliber 01. 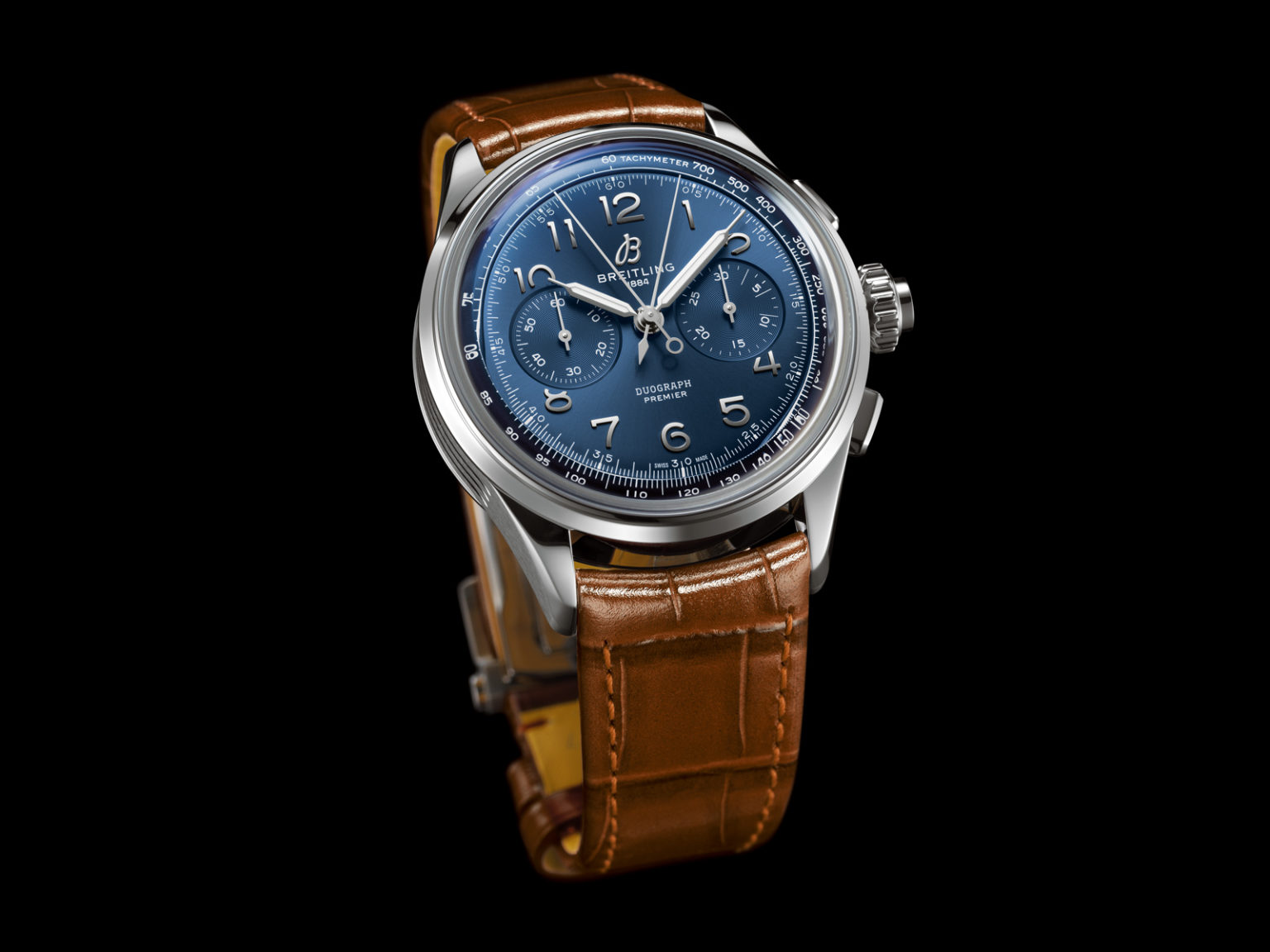 On the other hand, the 42mm Premier Heritage Duograph comes with a blue or black dial with stainless-steel and 18k red gold cases. Last but not least, the new Premier Heritage Datora also stands out for its highly visible and complex functions, namely its day, date, and moon-phase displays, pretty much just like its 1940s predecessor. 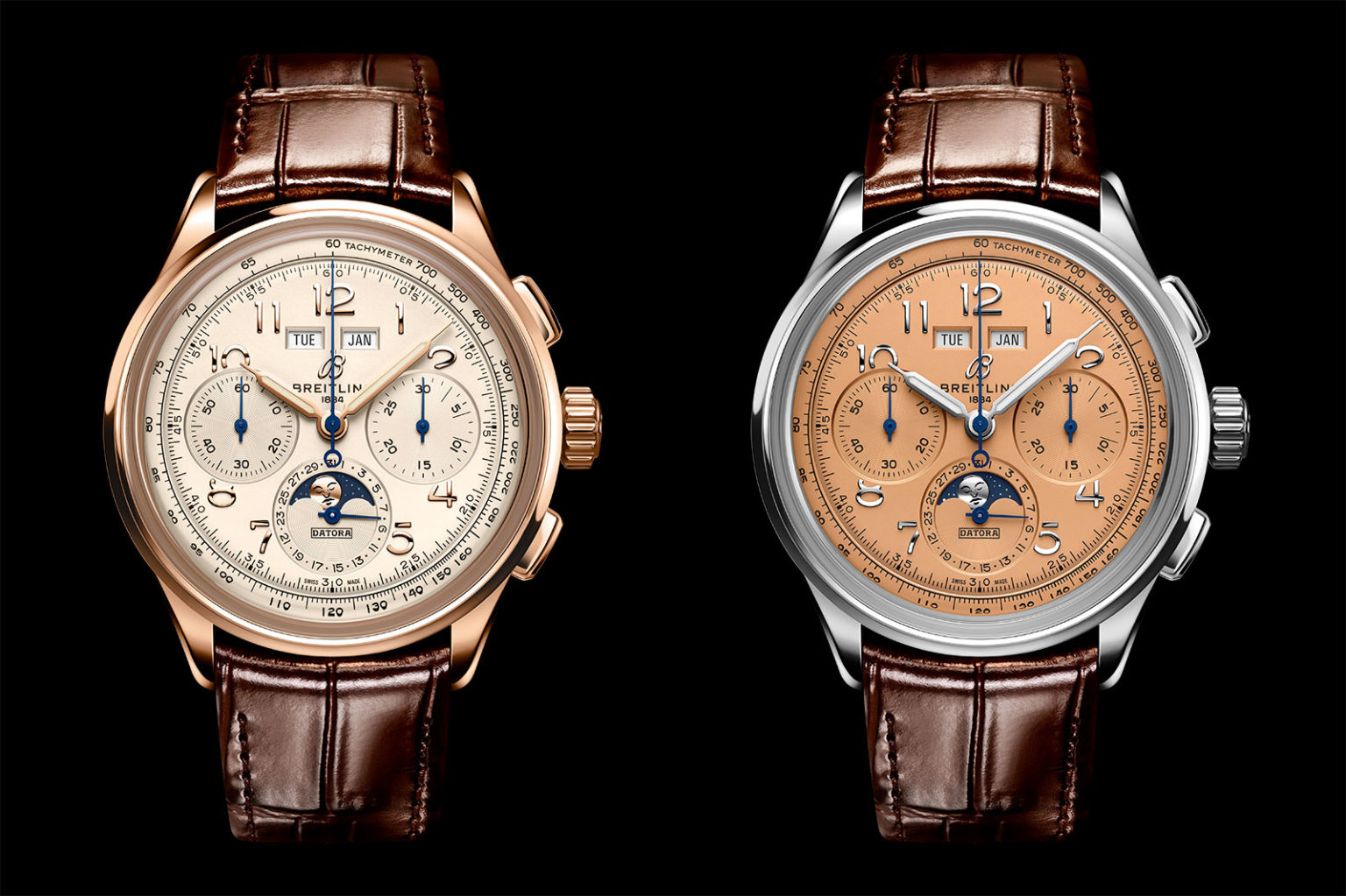 The 42mm watch is powered by the Manufacture Caliber B25 and completed with its copper-colored face, which is framed by a stainless-steel case, while on the other hand its silver-colored dial comes in an 18k red gold one.

Overall, with its functions, the vintage-inspired hands, Arabic numerals and a COSC-certified chronometer for every watch, it’s safe to say that all three models of the Premier Heritage Collection highlight Breitling’s mastery of timekeeping as it has evolved over the generations.

Beauty & Wellness
By Claudia
Sign up to get the latest luxury and lifestyle news delivered to your inbox.
Riga Ramadhan

Patek Philippe Le Voyage exhibition: A journey through the history of its world time and travel time watches