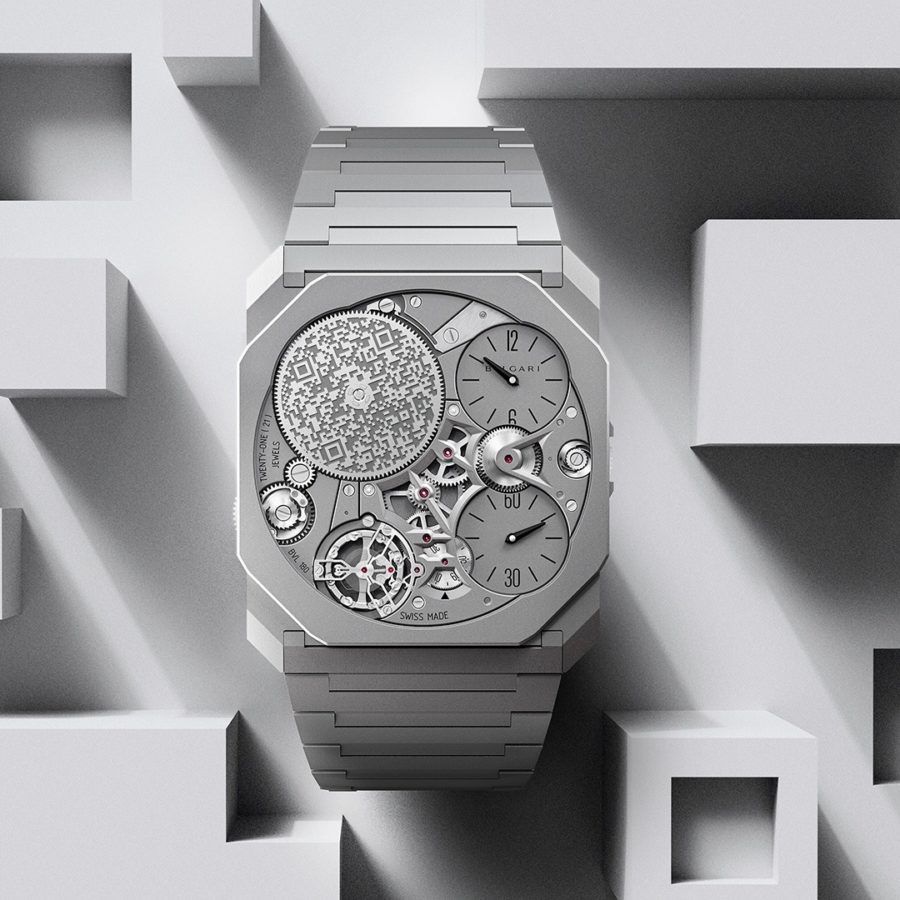 The horology feat marks the eighth record for Bulgari in making the thinnest watches in the world, all of which have been set by the Octo Finissimo collection.

An NFT artwork comes with it

The Octo Finissimo Ultra has been revealed ahead of the 10th anniversary of the collection. According to Forbes, the watch has eight patent applications and a QR code engraved on the barrel’s ratchet wheel.

And since non-fungible tokens (NFTs) are the order of the day, the watch is being sold with an exclusive NFT artwork. It can be accessed via the QR code, which also reveals the story behind the creation of the watch.

How Bulgari made the world’s thinnest watch

The watch was made in collaboration with movement specialist Concepto and took three years in making.

It is thinner than the previous world record holder, the ultra-thin Piaget Altiplano Ultimate Concept watch, which measures just 2 mm.

The watchmakers at Bulgari achieved the feat by building the BVL Caliber 180 directly into the watch’s tungsten carbide case back. The calibre has all the 170 components in the movement. The watch has 50 hours of power reserve and has two thumbwheels for winding and adjusting time.

It is set in a 40 mm diameter octagonal sandblasted titanium case in monochrome colour. To ensure that the watch is the thinnest possible, a special integrated titanium bracelet and folding clasp have been developed for the watch.

Only 10 Bulgari Octo Finissimo Ultra watches will be made. The company says that the watch marks the conclusion of its Octo Finissimo World Record series, making it one of the most sought after by watch enthusiasts.