By Joezer Mandagi
Presented by Bvlgari

Style
The Saga of Bvlgari’s Serpenti Watches
Share
Next article

Join us for a trip down memory lane, through the winding journey for one of Bvlgari’s most iconic designs

This year, one of the most amazing watches to come out of Bvlgari’s watchmaking division was the Serpenti Seduttori Tourbillon. The watch combines the very best of mechanical complexity in the tradition of haute horlogerie, with the delicate aesthetics according to the principles of belle horlogerie, combined in one of the most recognizable forms from the Italian watchmaker.

The Bvlgari Serpenti Seduttori Tourbillon definitely warrants a closer look from watch enthusiasts and admirers of haute joaillerie alike. At the same time, it also prompts a closer look at how the Serpenti form has evolved over the decades. So, today, we invite you to trace the steps in the saga of Bvlgari’s serpentine creation and revisit the major milestones in the rich history of Serpenti…

The’40s
Bvlgari’s highly stylized snake motif began to appear in this era, and is closely linked to the brand’s Tubogas aesthetic. Serpenti watches of the time came with square or rectangular cases evocative of serpent heads. 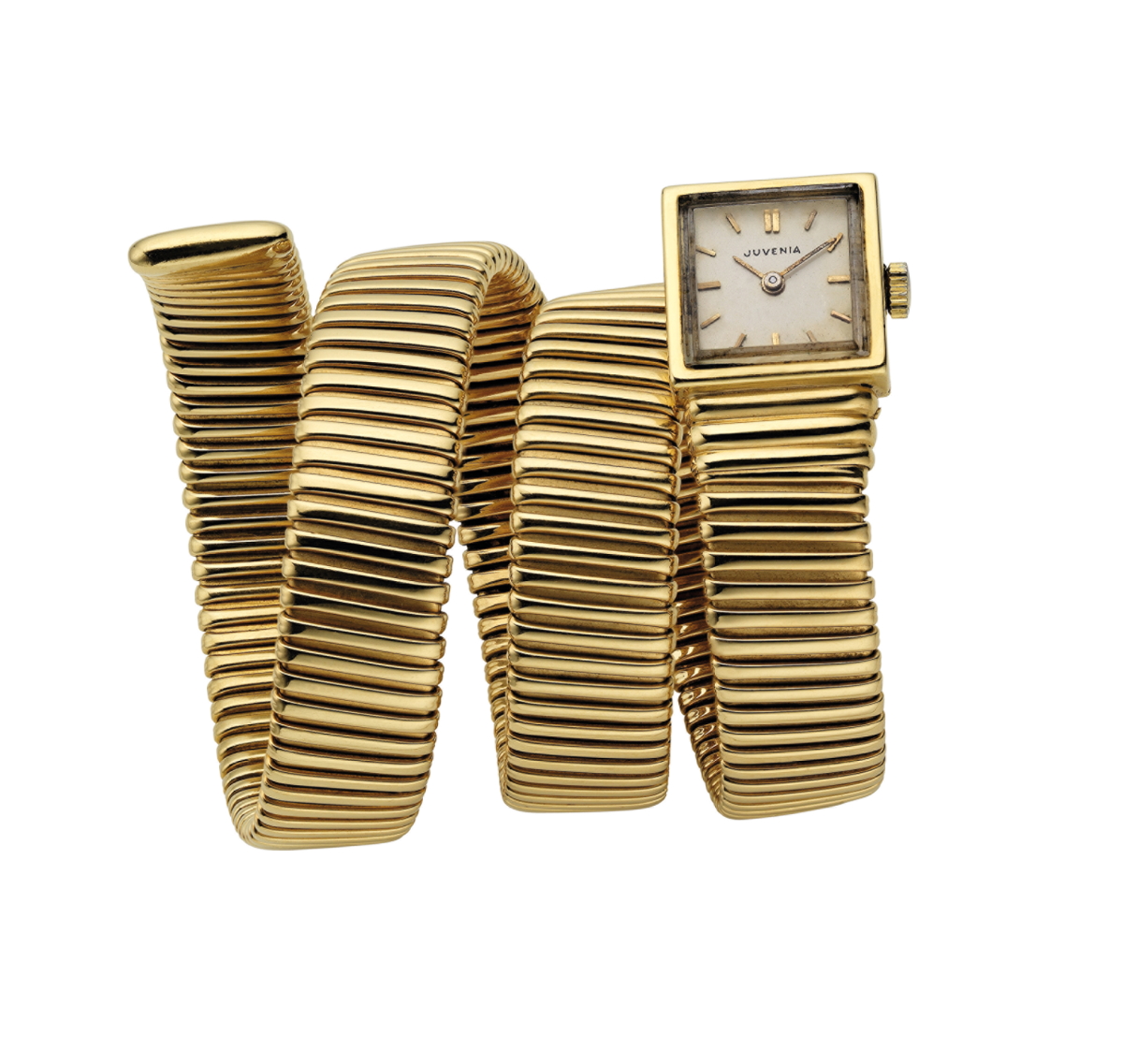 From the ’50s to the ’60s
In the ’50s, the shape of the serpent took on a more realistic rendering. The case, in particular, took the shape of snake heads with the dial laying under a hinged cover. The “heads” were also often encrusted in diamonds along with other precious stones as the “eyes.” Then in the ’60s, the “scales” of the serpent became more realistic as well.

In the ’70s through the ’80
This period in the history of Serpenti was marked by the revival of the Tubogas flexible body along with the use of geometric dials.

Fast Forward to 2009
2009 saw a return of Serpenti watches and marked a turning point as Bvlgari began to continuously reimagine the iconic snake design. Of particular note on that year was the release of the Serpenti Scaglie collection. 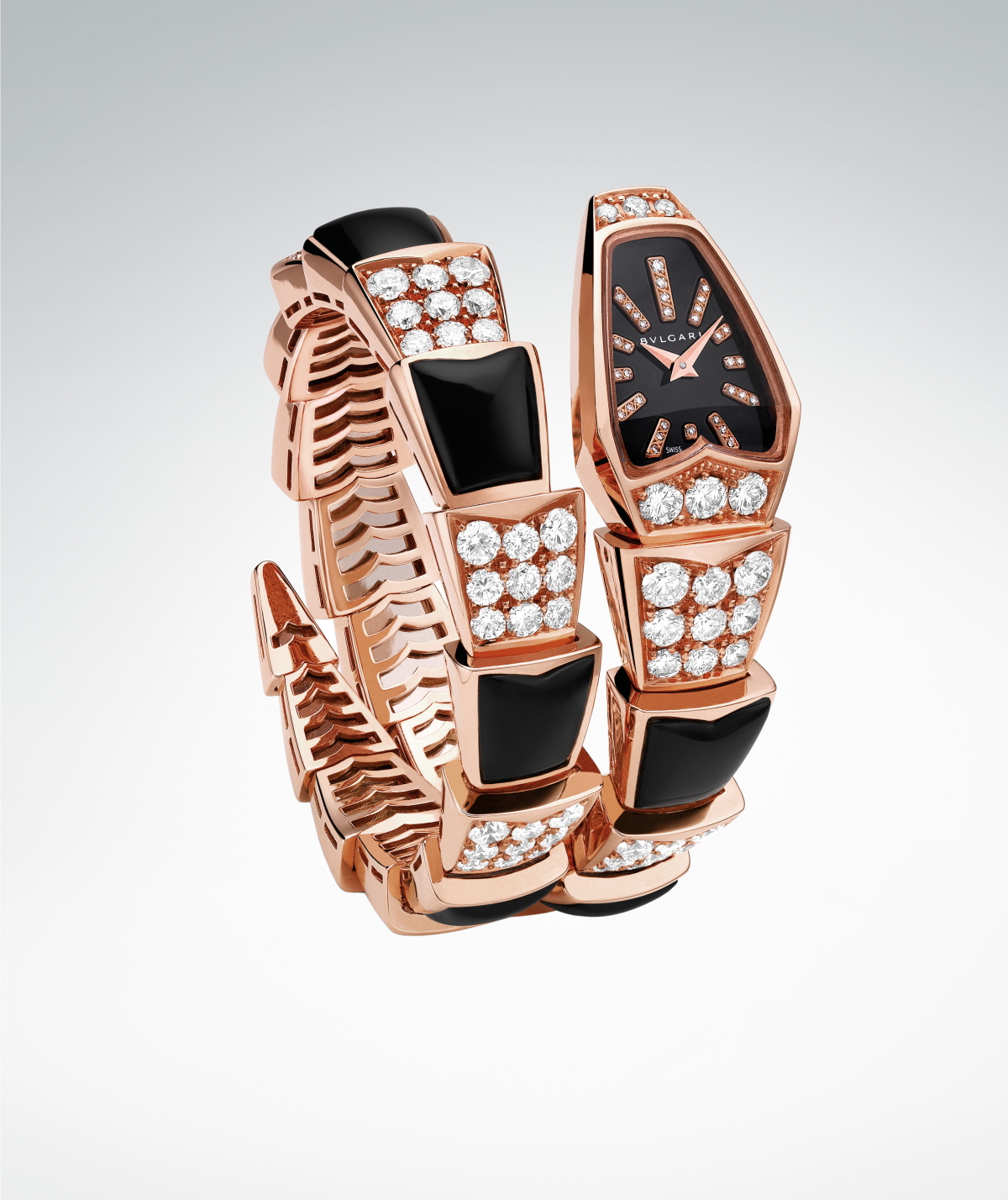 In 2010
Following the Serpenti’s glorious return the previous year, 2010 saw two of Bvlgari’s most iconic designs combined in one collection: the Serpenti Tubogas. From 2011…
Starting in 2011 until 2015, the Serpenti collection evolved again with the introduction of several high jewellery secret watches. At a glance, these look more like elaborate bangles or bracelets instead of timepieces, with the dial carefully hidden from sight under seamlessly hinged covers. For sure, these highlighted Bvlgari’s identity as a master jeweller-watchmaker. Then in 2014
Bvlgari’s famed Spiga pattern entered the Serpenti realm through the Serpenti Spiga collection. Inspired by the shape of a stalk of wheat – a symbol of both fertility and prosperity throughout various cultures – the Spiga has become an iconic form in Bvlgari’s heritage. 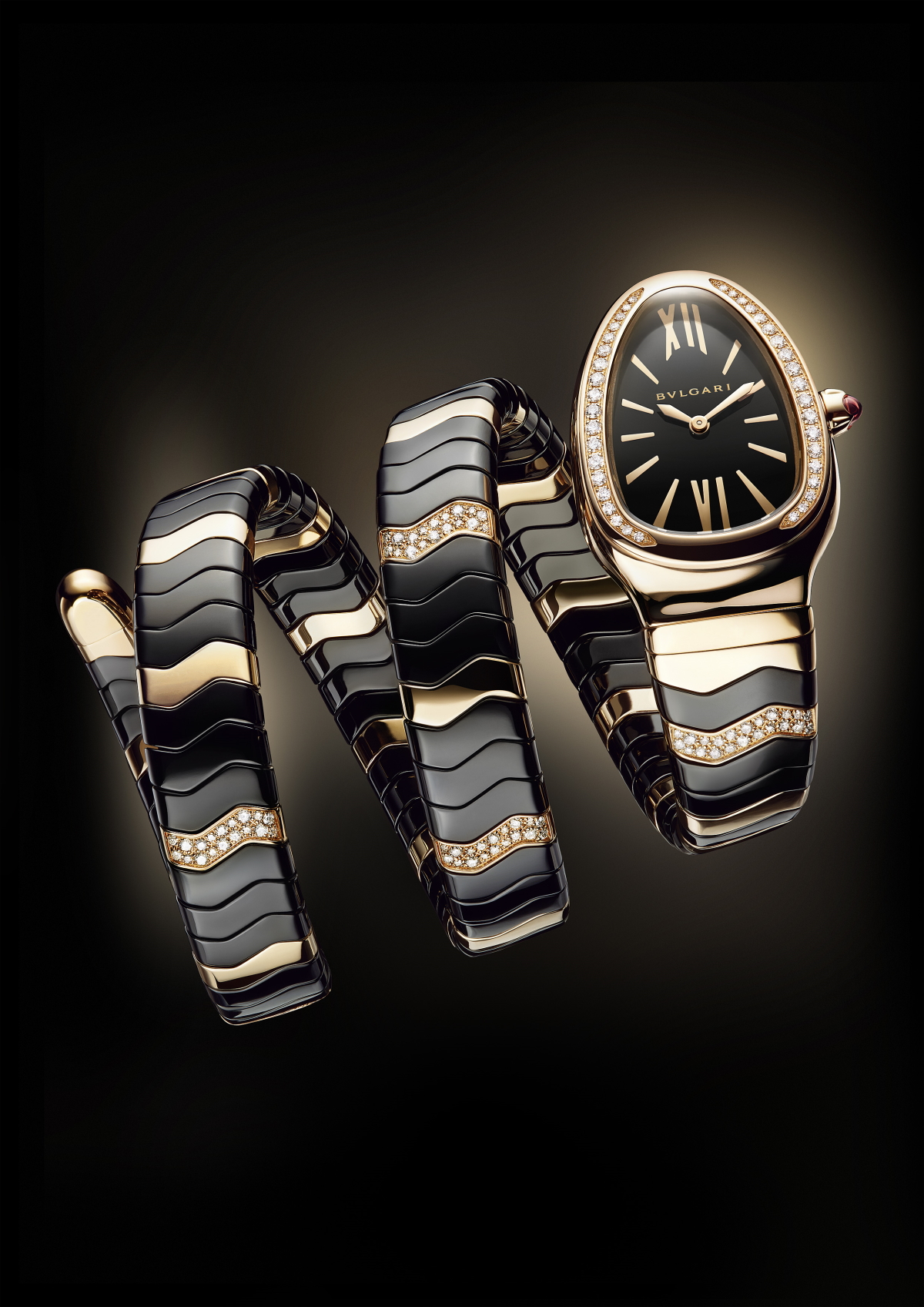 Moving on to 2016
There are two major highlights in 2016. First is the launch of Serpenti Incantati which shows the snake motif coiling around the wrist and wrapping around the watch. Then there’s the Serpenti Misteriosi, secret watches adorned with a prominent cabochon-cut stone set atop the serpent’s head. A Twist for 2017
The Serpenti continues to evolve, this year adopting a double wraparound strap made using richly-coloured exotic leathers in the Twist Your Time collection. Other than that, 2017 also saw the continuation of Bvlgari’s secret watches with spectacular creations debuting year after year. 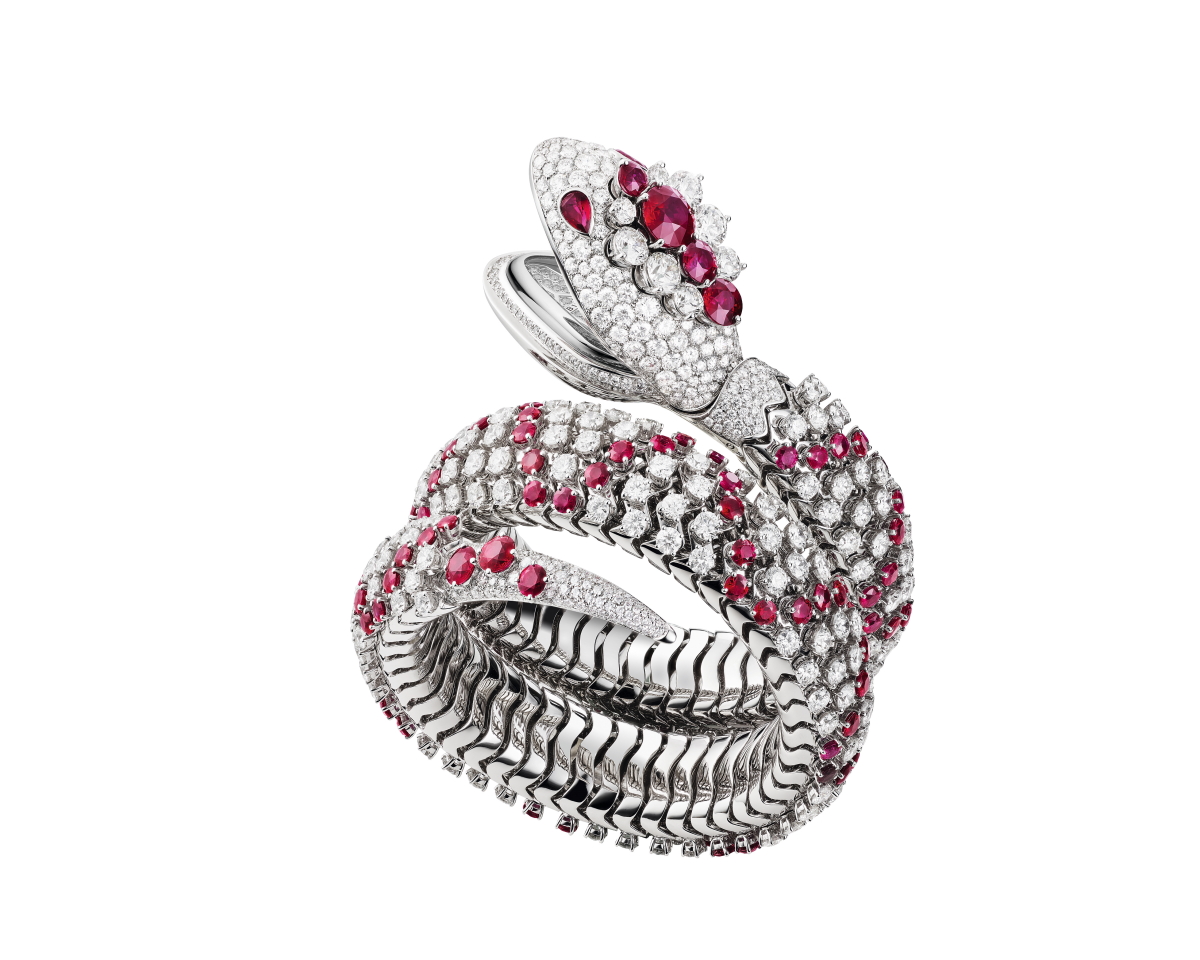 Finally at 2019
Last year, Bvlgari released the Serpenti Seduttori “born to be gold” collection as the Serpenti once again establishes itself as the brand’s most recognizable cult watch.