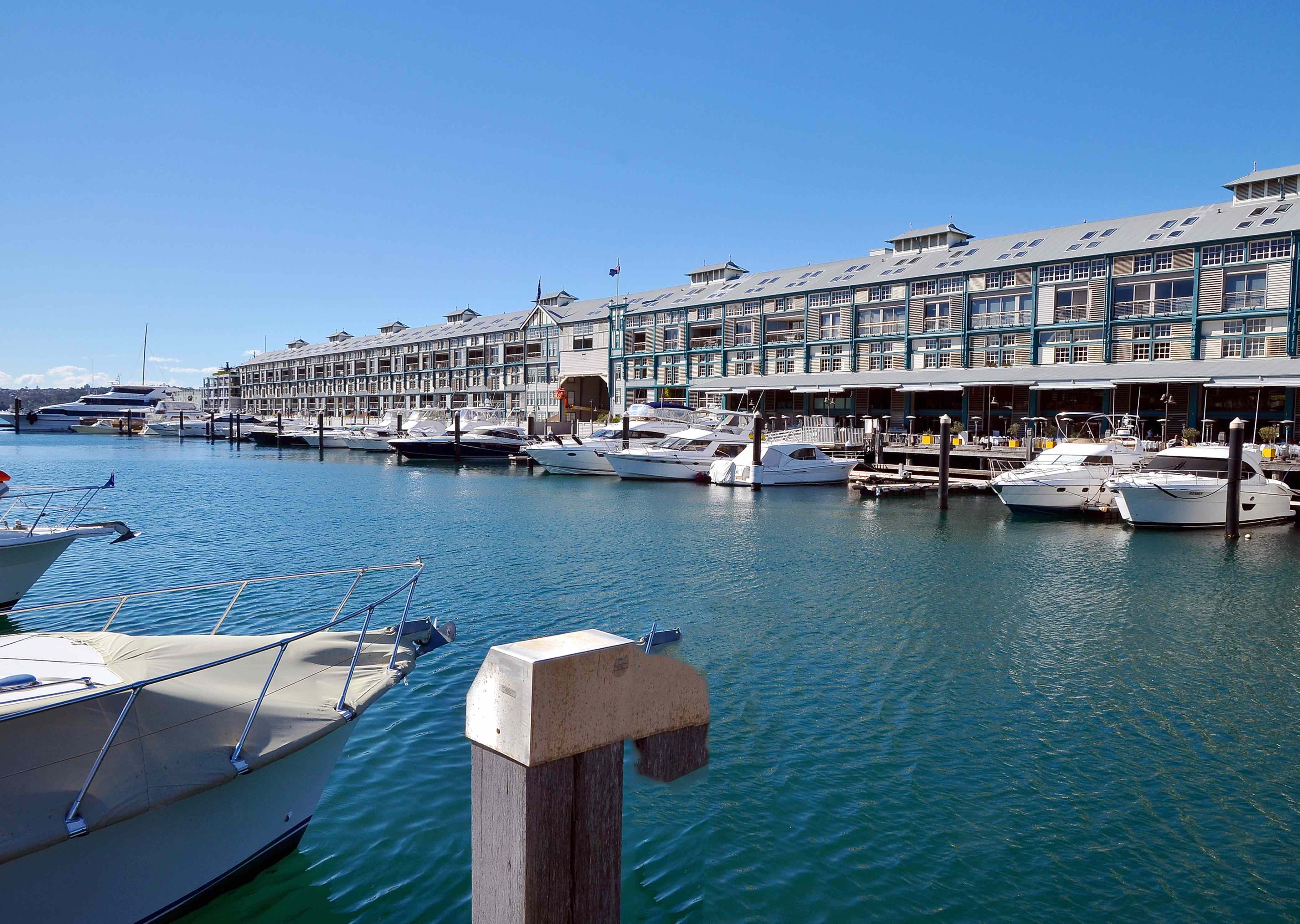 Mellow five o’clock sunlight streams through huge glass doors that face the vast blue Pacific, flooding Icebergs’ crisp, modern interior. The balmy Bondi Beach air outside is dense enough to taste on the tongue — salt-sprayed, windswept and a gentle reminder of the mighty forces of the waters below. Waves swell and crash, occasionally spilling into the saltwater pool where locals, the shade of dark honey, do laps.

It’s quite the view to behold from the bar balcony. Maurice Terzini, owner of Icebergs, Bondi’s most iconic restaurant and bar, is telling me about the history of the famous winter swimming club. His restaurant and bar has looked out over it since opening, serving a great selection of wines and innovative, modern Italian fare with an Australian edge and “flavours my parents would recognise”. A must-visit on a Sydney trip, Icebergs also does international projects such as a pop-up during the architectural biennale in Venice, and is the site of a legendary New Year’s Day party.

Terzini started in restaurants in his teens as a waiter, and then moved to Milan in the mid-1980s (his sister was then designing for Missoni). There he worked in restaurants at a time when, he says, “Italian pop culture was big, the disco movement was big and when Milan Fashion Week was the fashion week”. When Terzini finally returned to Australia, he was hooked on the F&B industry and started opening his own venues. “I was good at it,” he says, smiling.

This is a perfect place for sunset drinks and dinner at the end of my Sydney stay. The first time I travelled to Australia, a friend and I (backpacking and both then in our early 20s) had to be rescued by helicopter from a deserted beach at the northern tip of Queensland. There was a double kayak involved and the threat of lurking giant salt-water crocodiles, but that’s a story for another time. Fortunately, this trip down south was much less stressful, lapped in luxury with smooth sailing on all sorts of land, air and sea vehicles.

We started off at the impressive Qantas business-class lounge in Hong Kong, a classy state of affairs with warm lighting, delicious food and equally delicious wine. The Australian airline started its first Hong Kong-Sydney flights 70 years ago, so 2019 marks an important anniversary in the link between the two cities. Once on board and in business class, I slipped into the complimentary grey PJs, sipped a glass of the airline’s finest bubbly and fully reclined my seat for the ensuing 10 hours – warm, friendly Ozzie hospitality all the way.

Once in Sydney, we made our way to the city’s most famous view: the Opera House and Sydney Harbour Bridge, which was admittedly a bit of no-brainer. But another way to enjoy those sights is the Sydney Harbour Bridge Climb (though not if you’re acrophobic), which gives you unbeatable bird’s-eye views from atop the famous arch. You’ll be strapped to a safety line and have to wear a dorky blue jumpsuit, but it’s worth the effort – Eva Longoria, Hugh Jackman and Ben Stiller have all had a go.

To enjoy that famous cityscape at a slightly lower altitude and over a chilled glass of wine and fresh local seafood, head to Café Sydney, housed in the historic Customs House building. Try a glass of young, crisp Hunter Valley semillon from the expertly chosen wine selection, paired with fresh, wonderful oysters.

The impressive list is hand-picked by sommelier Simon Curkovic. “Really, the concept here is to try to serve the best of Australia an iconic Australian location,” he says. “When I first inherited the wine programme, my brief was to produce the best listing of Australian wines in the country, albeit in a small condensed list of around 200 wines.”

“Having run collections that range into thousands of wines with multiple verticals of Burgundies, Bordeaux and so on, a lot of that is superfluous,” Curkovic explains. “It’s actually harder to curate a smaller selection of the best compared to amassing a huge cellar stretching to thousands and thousands.”

After a long, leisurely lunch, it was time to indulge in a bit of shopping. I love the boutique feel of the Strand Arcade in the city centre, which houses cool local designers like Aje, Dion Lee and Bassike.

Sydney’s fashion scene made a name for itself with athleisure — beach and resort wear — for obvious reasons. Last month’s fashion week showed off great brands such as Double Rainbouu, Tigerlily and PE Nation – perfect for outfitting hipster babes, sunny city girls and beautiful BoBo (bohemian bourgeoisie, in case you’re not familiar with the term) types. However, one of the city’s most loved and respected fashion names is Kyoto-born designer Akira Isogawa, who has a Strand Arcade store and is often considered the Dries Van Noten of Australia.

“I tend to have women tell me that they’ve had garments of mine for over 20 years,” Isogawa says when we meet at his atelier on the outskirts of the city. “Many pass on my clothes to their daughters and the next generation.”

The trans-generational appeal, West-East mix and beautiful refinement of his pieces have set him apart in Sydney’s style scene for decades. He’s inspired by Australian ease as well as his own heritage, that “Japanese philosophy which is a bit Zen and wabi-sabi – an appreciation of the raw and unpolished”.

“Sydney is definitely relaxed,” the designer says, laughing, over a pot of tea served in delicate porcelain cups. The young Isogawa learned how to pattern-make and construct garments in the late ’80s after immigrating to the city from Japan. After his early collections made waves in Australia, two women in the 1990s became crucial to Isogawa’s debut in London, Milan and Hong Kong: Joan Burstein of Browns in London and Hong Kong’s Joyce Ma, who were both great clients, he says.

Sydney has been the designer’s home for more than half his lifetime. “I’ve been here for 33 years,” quips the 55-year-old. “I love Japan, but it’s more a place for me to go back and visit now, rather than to live.”

Visit Isogawa’s retrospective exhibition at the Powerhouse Museum in Ultimo (showing until June 30). Also interesting is the White Rabbit Gallery – famous for its impressive collection of Chinese contemporary arts. And just bordering Hyde Park in the centre of town is the Art Gallery of New South Wales, a classic museum worth checking out; in addition to native Aboriginal and Australian as well as European art, there are some noteworthy Francis Bacons and Picassos here.

It’s no surprise that coastal Sydney relies so much on its waterfronts to charm, but it’s not just the bays at Bondi, Bronte or Manly. Having gone through an impressive revitalisation, the Barangaroo neighbourhood along Sydney’s sprawling waterfront is now dotted with an array of smart, sexy new restaurants, shops and bars. Barangaroo was formerly a bustling port where shipyards once stood, but is today host to shiny new venues, tower blocks and soon a Crowne casino. Here, we ate lunch at the slick and spacious Cirrus, and had dinner at the young, buzzy Japanese restaurant Zushi amid the lively after-work office crowd.

Finger Wharf at Woolloomooloo is prime real estate and home to trendy restaurants, hotels and Australian billionaires. One of my favourite evenings included dinner with friends in the open air at the chic Manta restaurant, sampling small but potent and creamy Sydney rock oysters from the Merimbula estuary – all washed down with a bottle or two of crisp rosé.

“There’s an amazing amount of food styles and experiences on offerin Sydney,” says Manta’s proprietor, Rob Rubis. “I’ve been in restaurants for more than 35 years, owning more than 30, and I’ve never seen a bigger change in the industry than in the last decade.

“This wharf is an iconic site with all its history sitting on the harbour. In the early 1800s it was originally a centre for storing wool and loadinglocal and overseas ships with bales and bales of the golden fleece,” he explains. Today, gentrification has obviously transformed the area,but the skyline views and “the warmth of the setting western sunshine” still make it ideal.

Sunny climes and city aesthetics are obviously conducive to outdoors wining and dining here, but it’s the fabulous, high-quality Australian produce from both land and sea that really hammers home the appeal of Sydney’s dining scene. The upscale Hotel Centennial (not an actual hotel – confusing, I know) in Paddington is a fabulously elegant spot at which to hide away from tourists. And the pretty, residential area ofPotts Point is filled with great neighbourhood restaurants, such as FratelliParadiso and the Apollo.

As it settles into late evening, a welcome breeze enlivens the torpid air. Locals tell me that Sydney’s once vibrant nightlife scene was significantly muted by new government laws a few years ago. But there’s still fun to be had. Great cultural spots, such as the Golden Age Cinema & Bar in the popular Surry Hills area, draw a fun crowd in the evenings. Screenings here range from art house and vintage to documentary, and live music that packs out the bar and stage on Thursdays and Saturdays. My kind of place exactly.

Wine & Dine
By Sakina Abidi
Sign up to get the latest luxury and lifestyle news delivered to your inbox.
Jing Zhang
Editor at Large
Jing Zhang has lived in the UK, Beijing, Hong Kong and Shanghai. Now, she splits her time between Hong Kong and London. She has worked in media for over 15 years, across both magazines and newspapers, covering style, design & architecture, culture, travel, arts, film and social issues. Having developed an expertise in Asian creative industries and fashion, She regularly consults brands, speaks & moderates international forums. In her downtime, Jing loves globetrotting, painting and reading escapist novels, glass in hand.
Fashion beauty ART Design travel people culture Tech