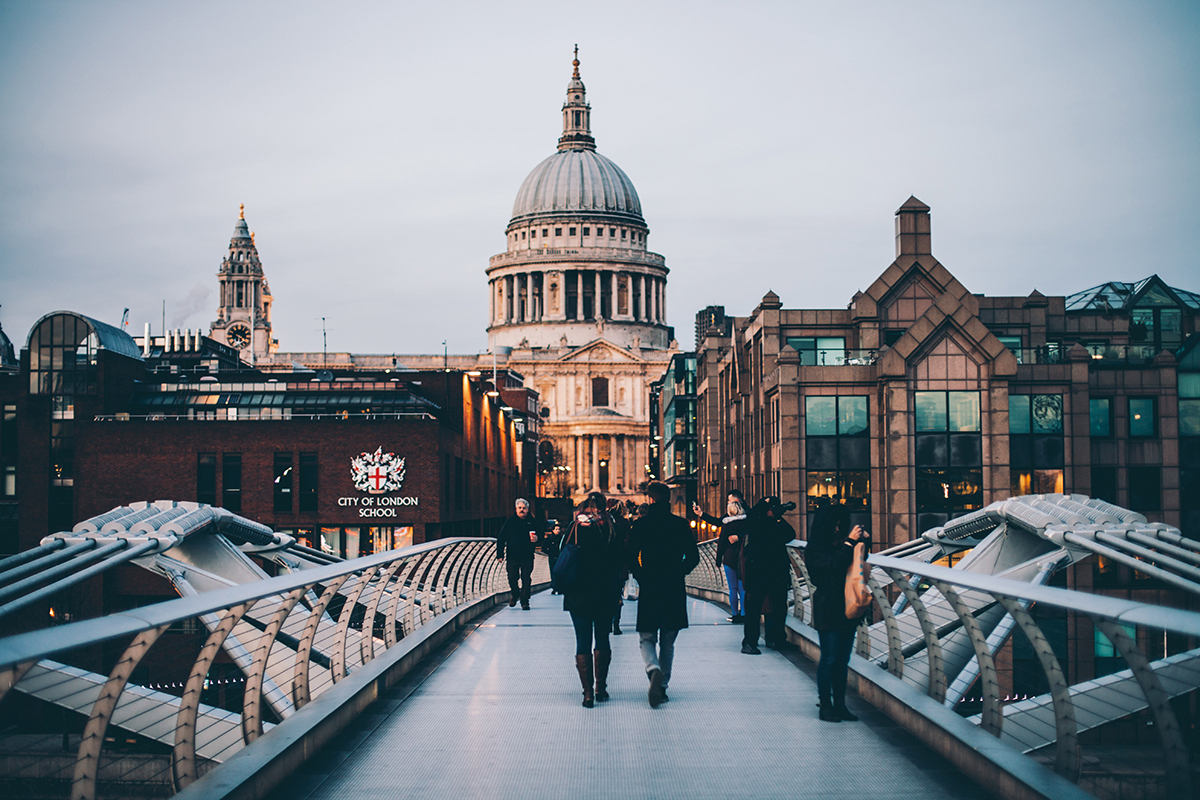 A ROYAL STATE OF MIND

Travel
A ROYAL STATE OF MIND
Share
Next article

With the highly anticipated nuptials of Prince Harry and Meghan Markle just around the corner, it is the perfect time to pay a visit to their home base, London. Karen Tee discovers the myriad ways to live like a king (or queen) in this buzzy capital city.

Impossibly slim model-types clad in sleek cocktail sheaths clink champagne flutes with men in smart dinner jackets. Tulip-shaped art nouveau lamps cast a perfect warm glow on the beautiful crowd at this quirky English-meets- elegant French-inspired brasserie at 5 Hertford Street, an exclusive members’ club which is arguably the epicentre of social activity among London’s cognoscenti. It is clear everybody here is a somebody.

As waiters bustle about us, ceremoniously shaving whole Perigord truffles over butter- tossed pasta, some of these gorgeous creatures stop by to say hi before flitting on. I am here at the invitation of the talented — and extremely well-connected — exotic skin handbag designer Ethan Koh.

My guide Marco doesn’t disappoint, dropping lesser-known bon mots you can’t nd in gossipy tabloids. As we drive along St James’s Street, he tells me this is traditionally the shopping street for the royal family due to its proximity to Buckingham Palace. It is lined with unique ateliers such as the Lock & Co Hatters; John Lobb, bespoke shoemaker to Prince Charles and William; and Berry Bros & Rudd, wine supplier to the royal family. Pro-tip: The discreet Dukes London, as its name implies, was a popular hotel among this class of aristocracy, is just around the corner from all this shopping action.

Also visit: Away from it All

As royal wedding fever snowballs, here’s what we know about the proprietors who are making the big day as picture-perfect as possible.

The invitations were printed by Barnard & Westwood, a bespoke London printer and bookbinder that has held a royal warrant since 1943. The family-owned company has printed invitations for the royal family since the 1980s, including those for Prince William and Catherine Middleton’s nuptials.

In a break from the British tradition of serving fruitcake at a wedding, chef Claire Ptak, the owner of Violet Cakes bakery in Hackney, East London, will create a lemon elder ower cake covered in buttercream and fresh owers. The California-born Ptak was featured on Markle’s now-defunct blog.

Self-taught florist Philippa Craddock, who owns a flower shop in London’s Selfridges department store, takes on the honour of decorating the St George’s Chapel at Windsor Castle, where the wedding takes place. White garden roses, peonies and foxgloves as well as beech, birch and hornbeam branches, sourced from the royally owned Crown Estate and Windsor Great Park where possible, will be used.

Style
By Crystal Lee
Sign up to get the latest luxury and lifestyle news delivered to your inbox.
Karen Tee