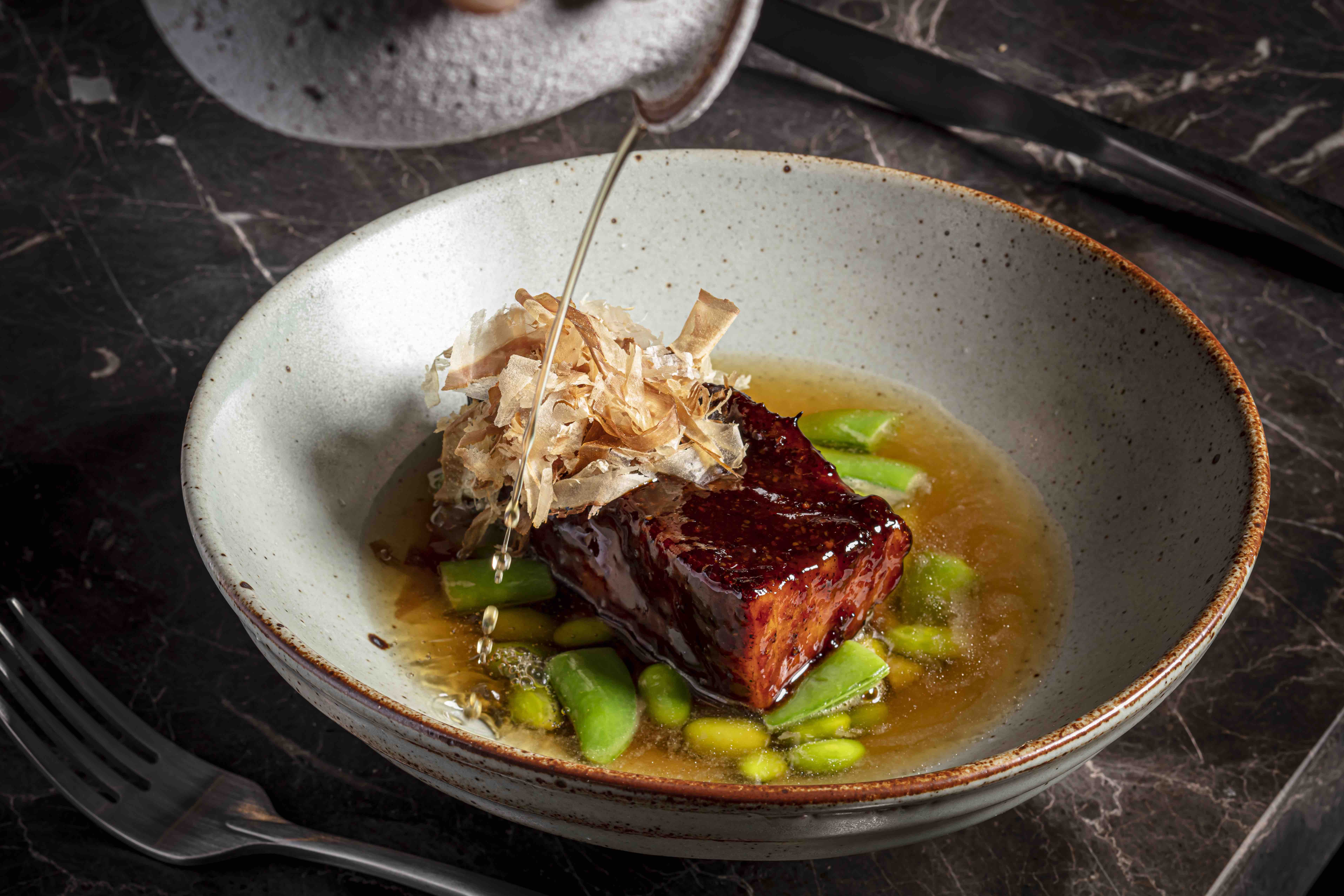 In a city with endless new restaurant openings, this summer sees a surge in eateries of all kinds popping up around town: from casual concepts by well-established chefs like Shane Osborn of Arcane, to Michelin-starred chef Julien Royer’s first Hong Kong venture, to The Landmark Mandarin Oriental’s new sommelier-led casual neo-bistro. There’s no better time than the fun summer months to check out all the newcomers. Here are 13 new Hong Kong restaurants to add to your upcoming reservations list.

The St. Regis Hong Kong has been making quite the buzz since its opening. Adding to the hurrah is its new restaurant, L’Envol, by Chef Olivier Elzer. Everything about this place embodies French fine dining, from its contemporary salon interiors to the painstakingly detailed dishes, to the incredibly impressive cheese and wine room: a cave with over 25 different varieties of French cheese!

At the top of the list of Asia’s 50 Best Restaurants is Singapore’s two-Michelin-starred Odette, so you can imagine our excitement when its chef, Julien Royer, decided to expand to this part of the world with Louise. Taking over Aberdeen Street Social at PMQ, the new restaurant serves a fresh take on traditional French cuisine in a casual setting.

Backed by a passionate team of sommeliers led by the hotel’s wine director, John Chan, SOMM is proud to house Hong Kong’s widest range of wine and sake by the glass (over 1,000 to be exact), making it a popular spot to pop in for a quality pour. Serving breakfast, lunch and dinner, SOMM’s European-style cuisine features predominately Japanese ingredients designed to pair with its bottles, reversing the order for a change to really focus on its drinks list.
SOMM, Landmark Mandarin Oriental, 15 Queen’s Road Central, Central; +852 2132 0188

If you don’t spend much time in Causeway Bay, it’s time to make trip for a change of scenery at Castellana. The Piedmontese fine-dining restaurant focuses on classic dishes and ingredients from Northern Italy, particularly outstanding wine and truffles. Truffles are served table side and guests are encouraged to shave as much as they wish on their dishes.

Celebrating the lasting bonds of family and friendship (hence the name of the restaurant), former executive chefs of Lily and Bloom, Chris Grare, and Gough’s on Gough, Arron Rhodes, join forces to create their first co-venture restaurant, Kinship. The farm-to-table concept focuses on sustainability, sourceing from local suppliers in Hong Kong as much as possible.

After his global tour with One Star House Party, British chef James Sharman returns to Hong Kong with new British restaurant The Leah. The style of food served here is based on the chef’s personal experiences more than his training or a single type of cuisine. He describes it as super hearty, unfussy, good British food, done right. Look out for simple classics like chicken and leek pie, or Scotch egg and solders as well as reimagined dishes of scallops, leeks and black pudding.

The simple task of searching for a quality Western bakery in Hong Kong is more daunting than one would think. Good bread is hard to come by, but few and far between, there are a few notable spots to get a rustic loaf or a cheeky pastry. Happily, Le Pain Quotidien has just opened its fourth branch in Tsim Sha Tsui, adding to the existing branches in Wan Chai, Admiralty and Elements.

Good news for residents of The Peak: Black Sheep Restaurants has opened its first establishment in the area. Under the culinary direction of Executive Chef Palahs Mitra of Michelin-starred New Punjab Club, Rajasthan Rifles is the place to find hearty Anglo-Indian fare such as soola salmon served on a sizzle plate, smoky plates of goat seekh kebab and classic comforts like butter chicken.

The Pulse strip is a nice place to cool off from the summer heat down by Repulse Bay Beach. And now with the opening of Sip Song — Thai Eatery & Bar, weekenders can enjoy Southern Thai comforts from their coast at ours. Menu highlights include jungle curry clams, whole steamed mullet fish, hanger steak and banana roti pancake.

For some wholesome Spanish fare and a couple of cocktails, Tapa Room is a friendly neighbourhood joint that offers just that. Home cook turned chef, Kora Wong heads up the kitchen where she whips up classics like tortilla de patata, Iberico ham croquets, foie gras bikinis, and a killer piri piri whole roasted chicken.