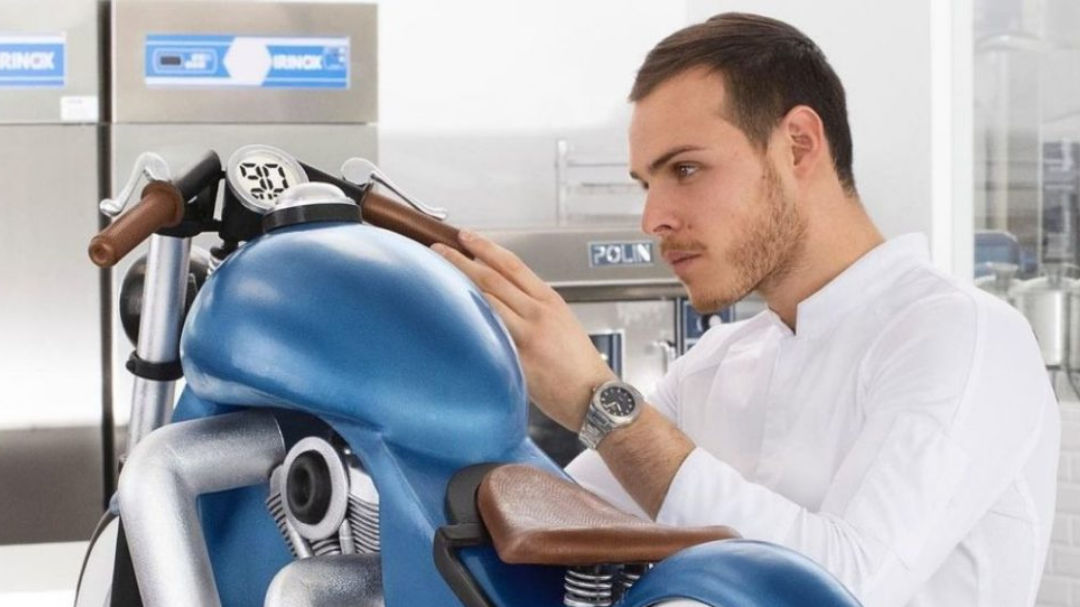 Every time the “food of the gods” meets artistic expression, sparks fly. Art enthusiasts with sweet teeth are bound to be both fascinated and inspired by the work these talented chocolatiers do.

When the Aztecs created decorative vessels for chocolate and when Picasso sat down to paint a chocolate pot in his Cubist period, the foundations of the relationship between art and the sweet confectionery were laid. Years later, Ed Rusha, a pop artist, created several paintings using chocolate and other organic materials like rose petals. He then went on to lay sheets of paper covered with chocolate paste on the walls to build a “chocolate room.”

Today, this legacy of using chocolate as a medium of expression is being carried forward by some talented chocolatiers who use the sweet confection to carve some of the most awe-inspiring sculptures the culinary world has ever seen. And if the popularity of the eight-episode long Netflix show The House Of Chocolate led by world-renowned chef and chocolatier Amaury Guichon is anything to go by, people love the artwork just as much as they do the sweet confectionery.

Most chefs like Amaury Guichon have found the best means to curate their work and find their audience through Instagram. From giant elephants and celebrity faces to flower bouquets and baskets of fruit, we’ve put together a list of chocolatiers who work with this sweet treat to come up with creations that are far too beautiful to eat.

With a whopping 4.5 million followers on Instagram and the title of the most-followed pastry chef on Instagram, Amaury Guichon is currently leading the chocolate sculpting game. He’s created life-sized animals, robots, and even Ferris wheels with the sweet treat. Much of his work also showcases his love for fantasy fiction, such as the Demogorgon from the TV series Stranger Things or a dragon from the incredibly popular show Game of Thrones.

A prominent French pastry chef who shot to fame for his sculpted seasonal fruit creations and the Rubik’s Cube, Cedric Grolet regularly breaks into his life-like chocolate creations to give his 2.1 million followers a glimpse of the deliciousness inside each of them. The head patissier of Le Meurice in Paris began carving chocolate at 16 and has not looked back since.

With a reputation for being Paris’ Willy Wonka, Patrick Roger was named the best chocolatier of France in 2000 at the Meilleurs Ouvriers de France, a craftsman competition that’s held every four years in the country. Today, he creates larger-than-life, thought-provoking sculptures in chocolate which he shares with his 90.6 K followers on Instagram.

Viewers of the show MasterChef Australia need no introduction for this pastry chef who’s known fondly in the culinary world as the queen of chocolate for her work with confectionery. In 2014, she, along with her team of chocolatiers, broke the Guinness World Record for the world’s largest chocolate flower bouquet. Now the talented craftswoman regularly wows her 762 K Instagram followers with her chocolate creations, the latest one being an impressive chocolate reindeer that she whipped up just in time for Christmas.

Co-owner and chocolatier of Miette et Chocolat, a French pastry and chocolate company based in Colorado, chef Gonzo Jimenez moulds and carves chocolate by hand to create quirky sculptures that he then coats in cocoa butter dyes. From baby Yoda to a giant unicorn and a yellow rubber duck, this chocolatier regularly makes his 79k Instagram followers laugh and gasp at his creations. When he’s not doing that, he’s entertaining them through the popular Netflix show, Bake Squad.

Swedish chocolate master Hakan Martensson lives and works in New York City. When he’s not making artisanal chocolate, bonbons, and pastries, he’s seen sculpting chocolate into dragons, skulls, or a troll smoking a pipe under a giant mushroom. He began working with chocolate at the age of 21 and represented the Swedish national culinary team at the World Culinary Olympics, where he won a gold medal in chocolate sculpting. Today, he regularly shares his love for the art form with his 36.5 K followers on Instagram.

Sussex-based chocolatier Jen Lindsey-Clark is most well-known for creating a giant Easter bunny with actor Benedict Cumberbatch’s face. She was also responsible for sculpting a chocolate Orient Express, inspired by Agatha Christie’s Murder On The Orient Express for Godiva Chocolate. The talented chef spends her days surrounded by melted chocolate and cocoa beans and regularly takes to Instagram to share all her masterpieces with her 1522 followers.

We take no responsibility for all the chocolate cravings you’re about to have!