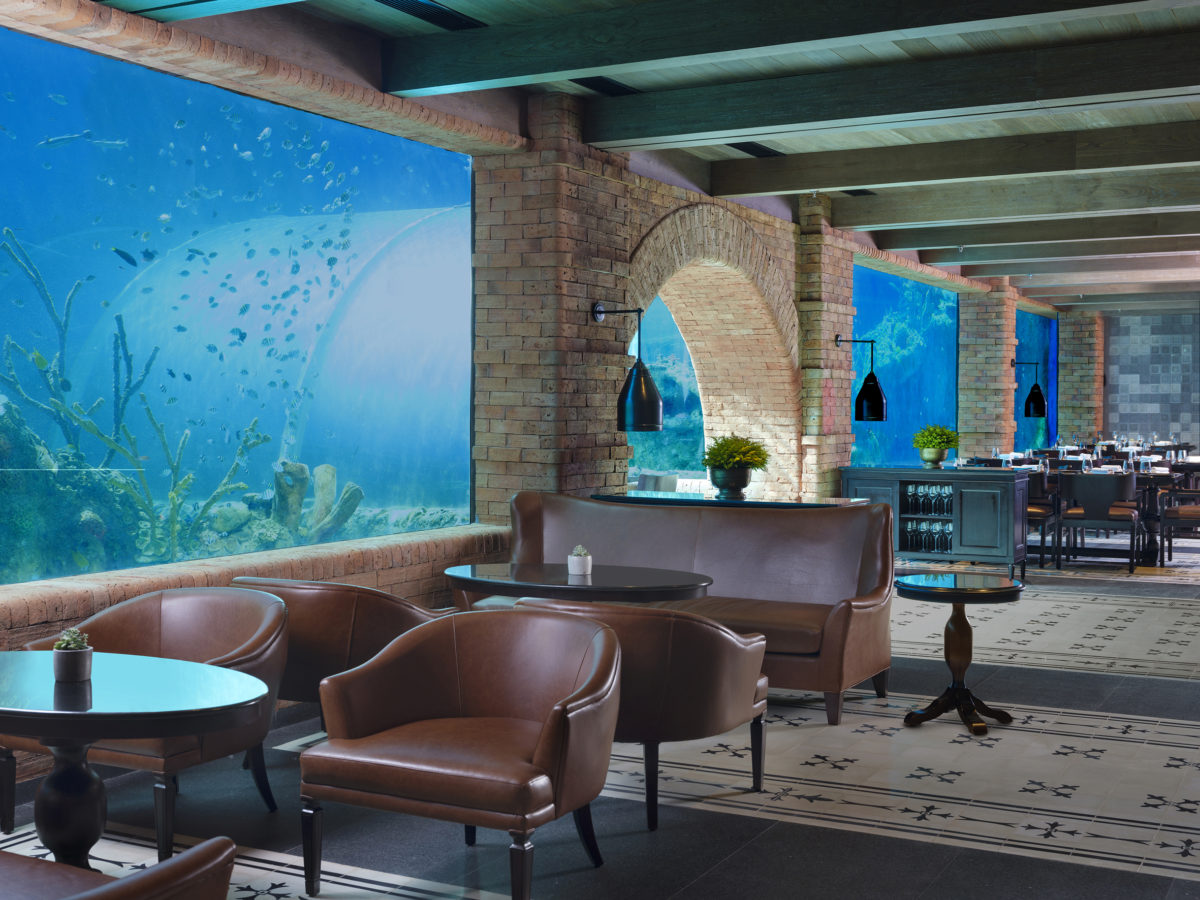 The Apurva Kempinski announces the reopening of its crown jewel restaurant, Koral, and the arrival of its new Executive Sous Chef, Andrea Astone.

Surrounded by the dramatic cliffs and beaches of Nusa Dua in Southern Bali, the Apurva Kempinski Bali is a stunning five-star hotel that present itself in an open-air theatre form. It is, put simply, majestic to behold.

Debuting in the first quarter of 2019, The Apurva Kempinski Bali is dedicated to bringing its guests through a truly unique experience. Honouring the nation’s belief of unity in diversity, the hotel establishes its design and architecture as a tribute to Indonesian culture and the nation’s rich heritage.

Designed by award-winning architect Budiman Hendropurnomo and acclaimed interior designer Rudy Dodo, the Apurva Kempinski Bali features curated design masterpieces and meticulous craftmanship throughout; from its striking lobby design to the details inside the rooms. The hotel has 475 well-appointed guest rooms, suites and villas, five dining venues and a lounge, with facilities such as an ocean-facing spa and fitness centre, swimming pool and a beachfront wedding chapel complete with a 2,200 sq m ocean- front lawn for outdoor gatherings and events, among others.

Speaking of dining venues, the Apurva Kempinski’s newest restaurant, Koral, has gained a steady base of followers. The bistro-style restaurant proved itself not only as one of the crown jewels of the hotel, but also as a must-visit eatery for visitors to the island. Koral Restaurant offers a full bistronomic experience amid a laidback ambiance and the rarefied atmosphere of an aquarium, accompanied by a hypnotic soundtrack that captures the magic below the waves. After months of closure due to the pandemic, Koral Restaurant has announced that it is now ready to welcome back guests to dine in its one-of-a-kind setting.

Koral Restaurant has also taken this moment to introduce its new Executive Sous Chef, Andrea Astone. Chef Andrea began his professional culinary career in 2000 in his homeland of Italy, before expanding his culinary career to Lyon, France in 2006, where he worked at a two- star Michelin restaurant. Aiming to gain more experience in the kitchen, he then returned to Italy in 2008. Since then, he has been adding more high-profile restaurants to his portfolio, the likes of La Mamounia in Marrakech and Don Alfonso in Sant’Agata sui Due Golfi, Italy. Eager to discover new culinary destinations and broaden his knowledge of cuisines from around the world, Chef Andrea Astone eventually found himself in Indonesia, exploring the rich flavours of the archipelago.

The restaurant serves elegant dishes inspired by Indonesian coastal flavours and uses fresh local ingredients and produce. The Executive Sous Chef is excited to wrok with Indonesian produces and has been working closely with his team to experiment on flavours from all over the country. “It is important for us to also support small businesses on the island,” Chef Andrea shared. “And by utilising fresh ingredients from local farmers, we are also helping the local community without sacrificing quality.” The Chef also emphasizes the great importance of teamwork. “At the end of the day, it is the effort of the team,” he points out. “When everyone is involved in the process, they also take pride in everything they do.”

Moving forward, the Italian native will be leading the restaurant’s creative team of chefs and he will oversee the food operations and lead the team to elevate the culinary experience for guests of the Apurva Kempinski Bali.

Style
Sign up to get the latest luxury and lifestyle news delivered to your inbox.
kempinski Coral restaurant
Editorial
Fine dining

Mauri Restaurant Takes Over The Dining Room at Raffles Jakarta