Let’s face it, quarantine period has unleashed our inner masterchef and pushed boundaries in the kitchen. If you’ve been following Massimo Bottura’s Kitchen Quarantine episodes on Instagram, congratulations, you now know your way around the kitchen. Why not take a step further and elevate your dinner by preparing a Michelin-starred meal right at home?

We’ve shared two recipes from the menu of Gucci Osteria you can now create at homecourtesy of Chef Karime López who serves as Chef de Cuisine at the restaurant’s outpost in Florence. Gucci Osteria was recently awarded one star in the Michelin Guide 2020. 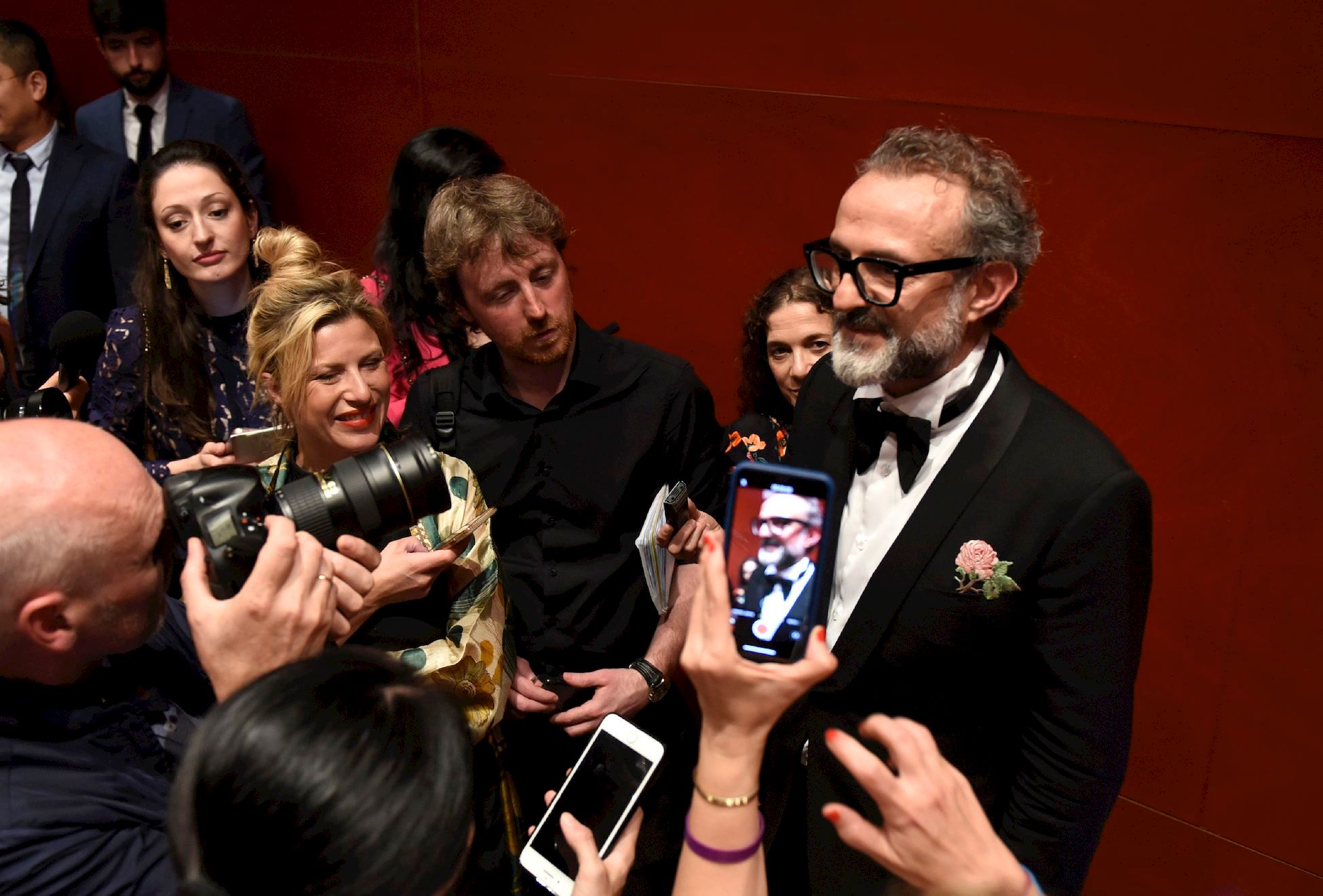 “I thought of this recipe that uses fennel as a basic ingredient because it is a seasonal vegetable and because of all the stories and curiosities surrounding this vegetable. In Greek and Roman history, in fact, fennel was considered a symbol of strength and vigor and they believe it brought luck. Some treatises on Ancient Rome reported how Roman gladiators added fennel to their dishes to be successful in the arena and, when they won the fights, they were crowned with a garland of fennel. This is also the reason why – for the Gucci Osteria menu – we called this dish “Lucky Fennel,” says Chef López

Spread the grated pistachios on the base of the plate, and lay a nest of linguine on top, developing it in height. Add 6 pieces of prawn, other pistachio powder and finely sliced ​​fennel. Garnish the dish with wild fennel leaves.

*Fennel can also be substituted with seasonal vegetables

“I chose this recipe, because it’s easy to make and it needs ingredients that we all have at home. Usually we prepare this dish without gluten, but all-purpose “00” flour can also be used.

It is a fun recipe because you can vary the filling each time you make it using ingredients that you have in the fridge, such as vegetables or meat, and the color of each sauce can be changed according to the vegetables or herbs used. Even more colors can be added!

When we created this dish, it looked like an artwork by Pollock, so we decided to call it exactly that.” says Chef López

In a saucepan, fry oil, garlic and basil, add the tomatoes and cook for 20 minutes, whisk and sift, salt lightly.

Bake the seedless pepper for 40 minutes in the oven at 180 degrees, peel it and roast it in a pan with oil, garlic and bay leaf. Remove the bay leaf and whisk the pepper until it becomes a homogeneous sauce, salt lightly.

Blanch the chard for 2 minutes in salted water and cool in water and ice. One half must be cut with a knife for the filling and the other half must be blended with its cooking water until it becomes a homogeneous sauce.

Flavor the milk with the macis and simmer it.

Separately prepare the base of butter and corn flour, then pour the milk while turning with a whisk until it becomes a homogeneous sauce, salt lightly.

Mix the flour with the egg and leave to rest in cling film for 30 minutes. Spread to 1 millimeter thick and cut the dough to the desired size, cook the discs in salted water for 2 minutes.

Stir in a bowl and serve warm.

Put a disc of pasta on a preferably deep plate, add the filling and cover with a second disk of pasta. Finally, cover the pasta disc with all the lukewarm sauces in an artistic way, Jackson Pollock style.

*Chard can also be substituted with seasonal vegetables

Translating the Simplicity of Art on Fendi Spring 2023 Couture

Translating the Simplicity of Art on Fendi Spring 2023 Couture