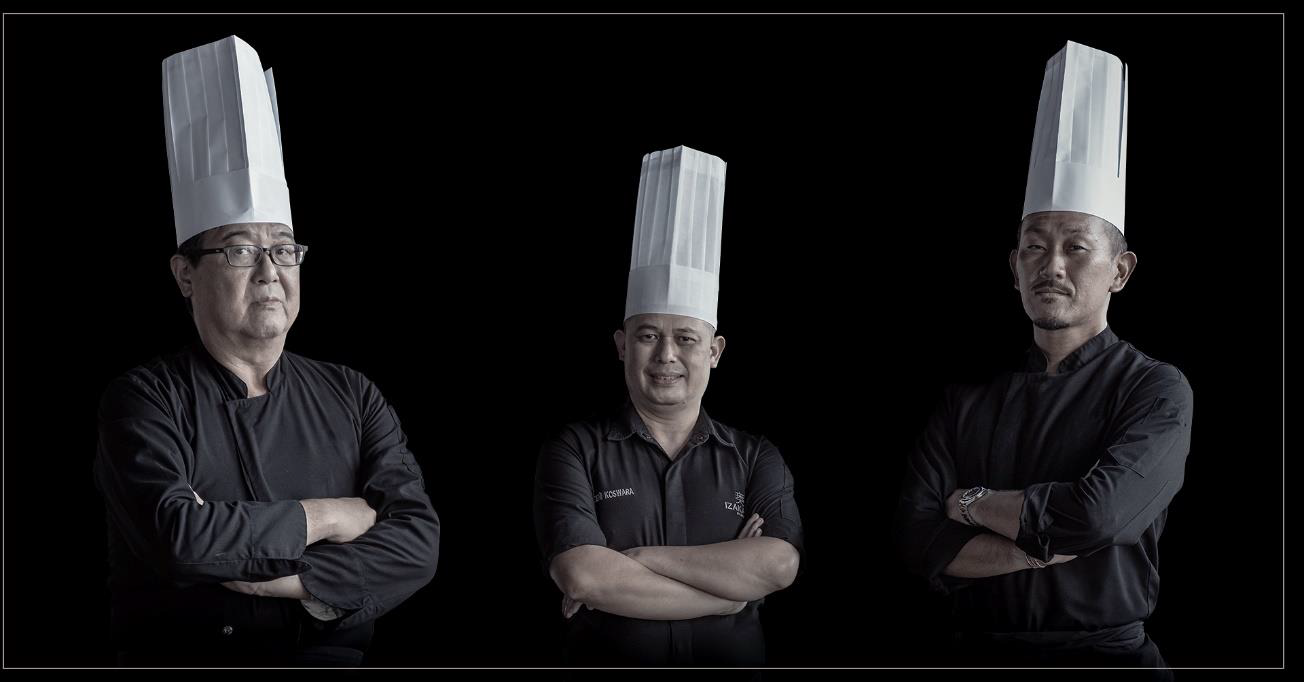 Celebrating the birthday of the Emperor of Japan, The Apurva Kempinski Bali invites talented Japanese chefs living in Bali to join an exciting new collaboration.

The collaboration seeks to introduce guests to the classic Japanese cuisine from the perspective of Japanese native. The event, which will be organised at the resort’s signature Japanese restaurant Izakaya by OKU from February 23 – 25, will introduce two of Japanese guest chefs who have been making their names known in Bali’s Japanese community.

Chef Hashimoto Soji and Chef Hatanaka Hirotake will be joining Chef Deni Koeswara of Izakaya by OKU, to deliver authentic flavours of Japan during a three-day event at this award-winning Japanese restaurant. The unique collaboration will not only introduce patrons to real Japanese cuisine, but also to the chef themselves, who are Japanese native and have been running their own restaurants for years in Bali.

“As part of our Celebrating Diversity campaign, we are truly honoured to work with Chefs Hashimoto-san and Hatanaka-san. It is a great opportunity for everyone to experience and take the journey alongside them,” Chef Deni Koeswara shared. Chef Hashimoto’s hands-on experience working with fishes, as he was once worked as the captain of a fishing boat, and has a board set of scale when it comes to seafood, gave him solid foundation as he opened his famed Japanese venture called Tensaki in 1999. Meanwhile, placing great importance in the freshness of ingredients used, Chef Hatanaka opened Namiya’s stall in 2017 and has since then gained popularity within the Japanese community. Through this collaboration, Chef Hatanaka hopes to show people the real authentic food of Japan, not the altered version that has been modified for international taste.

And then there’s Chef Deni Koeswara, who has ammased more than 15 years of experience in Japanese gastronomy. The chef resided in the Middle East for 13 years, deepening his skill in Japanese cuisine in international luxury brands as well as highly acclaimed restaurants such as Nobu Restaurant in Doha. Chef Deni then found himself returning to Indonesia to prepare the opening of Izakaya by OKU, and has been sharing his skillset and leading the team ever since. Under his leadership, the team has curated creative menu, inspired by the traditional Japanese cooking method and ingredients.

The event will see both Japanese chefs preparing their signature courses, presenting comfortable experience for guests to have a taste of classic home-cooked Japanese dishes in the luxurious setting of the five-star resort. Meanwhile, Chef Deni Koeswara and his talented team will be creating Izakaya by OKU’s tempting creations.

This special Japanese Emperor celebration will be priced at IDR 500,000 nett per person. For further information and reservation, contact +62 81138 209541 or email restaurants.bali@kempinski.com

Pursuits
By Diandra Soliano
Sign up to get the latest luxury and lifestyle news delivered to your inbox.
Claudia