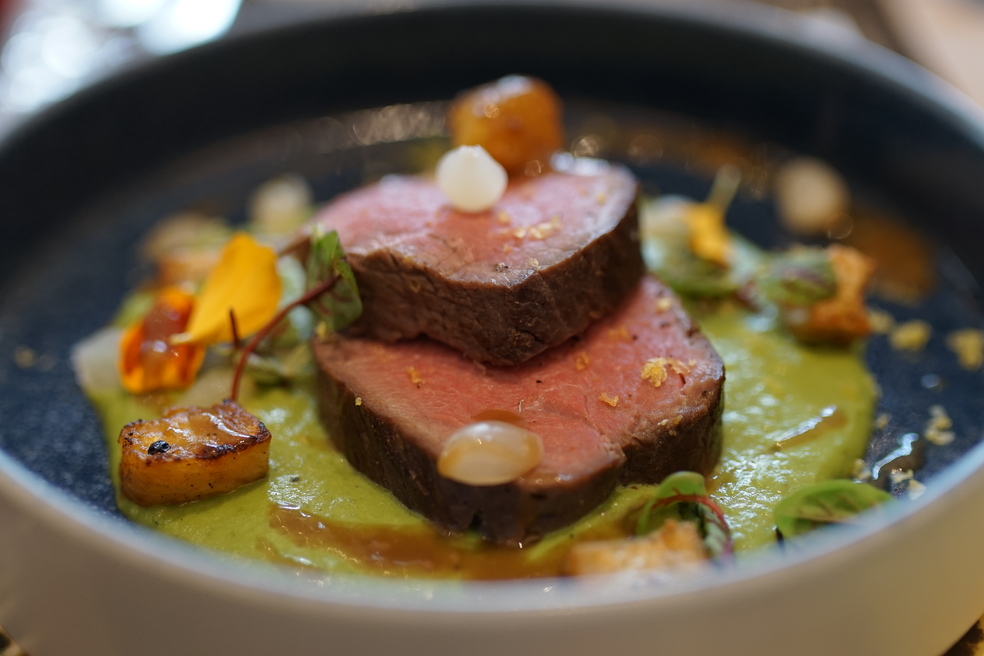 To promote the finest quality Australian beef for every type of cuisine and encourage meat consumption as part of daily diets, Meat & Livestock Australia (MLA) invited Prestige to take a culinary journey through The Great Steak Escape during a warm, intimate lunch. It was a cloudy Wednesday afternoon, but the weather it didn’t stop the excitement at at Sailendra Restaurant, JW Marriott Hotel Jakarta, where Meat Livestock Australia (MLA) was holding an intimate four-course lunch. Attending the event were a number of VIP guests, including H.E Riad Dridi, Ambassador of Tunisia, H.E Ouadia Benabdellah, Ambassador of Morocco, and Adlan Mohd Shaffies, Charge’ d’Affaires at the Embassy of Malaysia. Also present was Christian Haryanto, Brand Development Manager of MLA, who expressed that the The Great Steak Escape campaign aims to promote the natural goodness of Australian Beef. “Made for meat lovers seeking exquisite culinary experiences, the campaign is also held in the other ASEAN countries including Singapore, Malaysia, Thailand, and many more starting this month until August,” he pointed out. In Jakarta , there are seven hotels and restaurants that are participating from June 20-27, including JW Marriott, Swissotel Jakarta PIK Avenue, Greyhound, Amuz Gourmet Restaurant, Aprez Cafe, and Ritz Carlton. 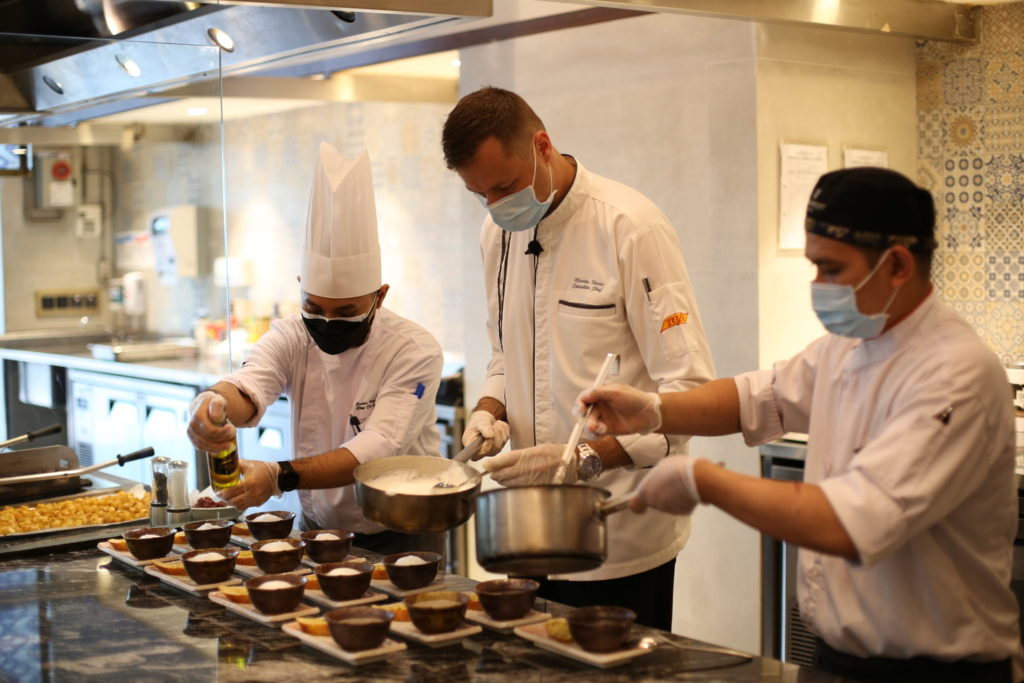 Conversation around the table winded down as the event started with a warm virtual greeting from Valeska, the Chief Representative of MLA Indonesia. Then, Martin Weise, Executive Chef of JW Marriott Jakarta introduced the menu of the day while performing a charming cooking demo. He showed the type of meat featured in the amuse-bouche and main course, before deftly preparing the former using Australian Beef carpaccio, asparagus, quail egg, creme fraiche and parmesan. As can be expected, the sweetness of the beef was highlighted on the first bite, and the morsel simply melted in the mouth. As guests enjoyed the light dish, Yulie Nasution, founder of Yulindra Gallery and Chairwoman of Ladies International Program (LIP) voiced how impressed she was with the beef. “I love the concept of carpaccio to let us taste the original flavour of the beef,” she intoned. “It really becomes the star of the dish while the other elements complement it nicely.” The next course was truffle mushroom cappuccino with speck, which was served warm and accompanied by the croutons.The dish was not too creamy, but certainly flavourful. And it was soon followed by the main course, which was sous-vide Australian beef sirloin with wild herb espuma, cured egg yolk, pickled onion, and potato cubes.

The table was nearly quiet as everybody took their first bite, but the situation immediately turned lively once again as one after another, the attending guests expressed their surprise at how juicy and flavourful the steak was. Lia Marliana, President Director of Bening Digital Indonesia, was in awe, as H.E Benabdellah said: “This is what we are waiting for. It’s a very delicious dish and I really enjoyed every single bite.” Joining in the chorus of approval, H.E Dridi mentioned that “the meat itself is already tasty, but tasting it together with the espuma takes it to another level.” To that, Shaffieq responded: “I think that’s the beauty of balance in food. Just as in our daily consumption, beef has a good amount of nutrition. But to achieve healthier lives, we have to combine it with other nutrients as well, like carbohydrates, fruits, and vegetables.” It goes without saying that the sous-vide sirloin steak was unanimously declared the champion of the day. As the lunch neared its conclusion, caramelized lemon tarts with wild berries and yoghurt ice cream were served as dessert. However, conversation around the lunch table became even more lively as Chef Martin Weise joined the guests to talk more about the dishes he prepared. All in all, it was certainly a wonderful showcase of how quality Australian beef, in the hands of a skilled cook or chef, can become the base of many exquisite culinary experiences.

To learn more about Australian beef, as well as the similarly-popular Australian lamb, click here.

Wine & Dine
By Sakina Abidi
Sign up to get the latest luxury and lifestyle news delivered to your inbox.
Liviani Putri
Writer