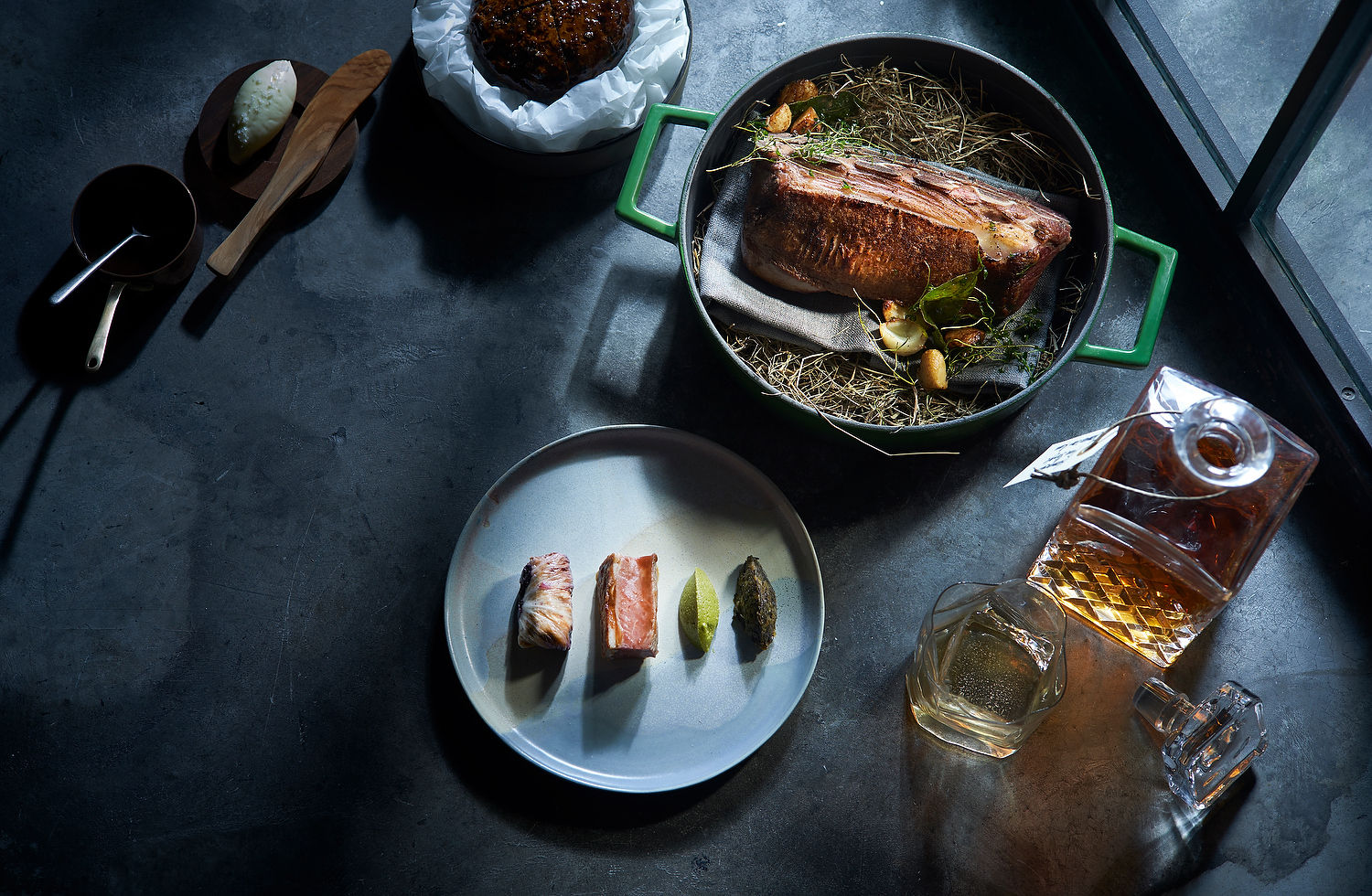 There are many reasons why Cloudstreet is one of the best restaurants to come along in recent memory.

Chef Rishi Naleendra – known to Singapore for Modern Australian masterpiece Cheek By Jowl, and to the world as the first Sri Lanka-born chef to earn a Michelin star – finds inspiration in his roots to create dishes that soar.

But it would be a mistake for diners to go in thinking that this is a Sri Lankan restaurant. Like its Amoy Street neighbour Nouri, Cloudstreet is sui generis, something one of a kind that gloriously defies easy categorisation.

And then there is the restaurant itself, an imaginative Art Deco sanctum that has modern floor-to-ceiling flourishes of witty and eccentric delights. Take a look at the private dining room in the back, and you’ll find a bookshelf stocked with gastronomical tomes, several ancient liqueur bottles, and even an unassuming scroll of ancient Sri Lankan scripts. Take an even closer look at the kitchen staffs’ aprons from local design company Mizbeth, and you’ll find discreetly placed patches that resemble comic book panels inked with manga zombies and psycho ninja geishas.

These wild and varied details in no way detract attention from what really is the focal point: a dramatic open kitchen. It’s backed by an accent wall of dark emerald tiles and built underneath a windowed ceiling that lets in extraordinary amounts of sunlight during the day while reflecting the glow of activity below like romantic moonlight at night.

More than anything else, though, it’s the extent to which Cloudstreet is already performing as a fully realised, expertly staged classic opera that makes you ask, “Where has this place been my whole life?” The entire epic show pulsates with confidence from start to finish.

That start – an oyster – is especially poignant to diners familiar with Cheek By Jowl. Whereas there it came fresh and topped with a mound of smoked tomato snow, Cloudstreet’s version is gently grilled and wrapped in a betel leaf, surrounded by a moat of fresh-pressed coconut milk, and finished with drops of betel leaf oil and bits of tart, pink finger lime. It announces its intentions with delicious flair, reminding diners of what came before while also being firmly committed to evolution as more than just a textbook theory.

There is also Kaluga Queen caviar, served not for its own sake, but because the nature of good taste has selected it to live in a bowl alongside warm, silky smoked eel broth and a chilly green sorbet. That sorbet, despite being made from only peas and lemon juice, has the crisp winter whiff of spearmint.

Where Chef Naleendra’s evolution as a chef is most apparent though, is in the astonishing diversity of ideas he brings to life in two specific dishes.

In one, grilled Australian marron is laid atop a mound of Sri Lankan yellow curry millet. The meat wears the flame-kissed taste of the grill like a well-tailored tuxedo, and its dance with the Sri Lankan spices – part waltz, but mostly tango – is punctuated by beats of fennel and the peppery snap of nasturtium.

In the other, roasted lamb saddle – from a sustainable farm in Australia that raises the animal on a diet of olives and carrots – glistens on the plate and glitters on the palate. But the real spark here comes from any one of the lamb’s three accompaniments: baby jackfruit curry wrapped tight in a bittersweet leaf of radicchio, green onion sambal, or a quenelle of piercingly fierce chili chutney.

Either one of these dishes could serve as Cloudstreet’s calling card, as successful as they are in taking the Modern Australian cuisine Chef Naleendra is known for one giant leap further with the addition of deeply personal Sri Lankan touches. But taken together – with so many different textures, flavours, colours, and aromas – they are almost overwhelming in their originality, so unaccustomed we are these days to seeing food that celebrates with a big beating heart the past, present, and future and all of the connections we make along the way.

Before the meal segues into desserts, there is a bread course unlike any other. It may knock diners silent as they consider the psychological effects of tasting a wonderful and perfect combination of yoghurt, bicarbonate, dark stout, and liquorice. But then again, what bread has ever conjured such sweet childhood memories of holidays and happiness?

Any meal could end there with no complaints, but then that would mean missing a series of desserts, petit fours and non-alcoholic drink pairings that emphasise the funk-forward and savoury over the precious and cloyingly sweet.

There is fermented watermelon, for example, that turns goat’s milk cream and basil oil into a pungent tri-coloured hammer to the tongue, leaving you dumbfounded as to how something so languorously textured has so many important things to say.

Then there are the drinks. Vinodhan Veloo, who joins from Odette, is head sommelier, and he has put together one of the most interesting beverage programs in town. Of particular note are his non-alcoholic offerings, which are collaborative efforts between him, Chef Naleendra, and the kitchen.

To pair with the marron, he rolls green apples over a grill for four to six hours so that they’re sweet and smoky before being mixed with juiced fennel. This drink not only mimics the wine pairing for that course – a Loire Valley Chenin Blanc with bruised apple and honey notes – but becomes a natural extension of the fennel already in the dish. Even more unusual is a drink made from whey and ripe jackfruit fermented for three days until it tastes wickedly of a sweet cocktail onion, making it the perfect foil to the rich lamb.

Cloudstreet is one fantastic homerun after another, but even with so many unequivocal hits out of the park, surely there must be at least one thing that is wrong.

If pressed, we might reluctantly point out that at times it feels like two different menus are being served. The best and most captivating dishes are the ones that embrace the chef’s origins to create food that is so compelling and so original that the simple act of eating seems new again. The less compelling dishes are ones that seem like mere upgrades from the otherwise perfectly delicious ones that were served at his previous restaurant.

To that end, it is arguable whether a snack of beetroot and goat cheese even belongs on the menu anymore, or even the lush venison tartare – the one actual holdover from Cheek By Jowl – so out of place and out of touch both now are with the rest of the meal.

But this really is just splitting hairs. When a new restaurant comes along as wonderful as Cloudstreet, the perfectly acceptable, understandable, and professionally condoned course of action is to shout about it from the highest heritage shophouse rooftop.