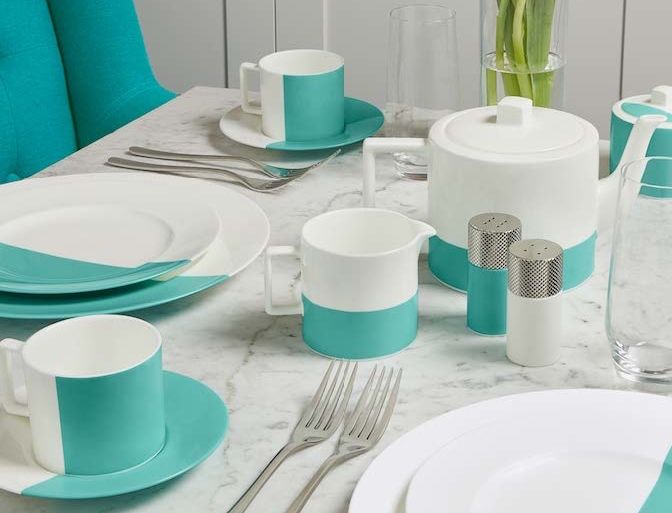 Picture this. A raspberry jam-filled croissant for breakfast, “Charles Lewis” truffle roasted chicken for dinner or a Faroe Islands smoked salmon sandwich with cream cheese and chives for a snack… These are just some of the options on the menu of Tiffany & Co’s new Blue Box Cafe in London.

At a time when the New York jeweller is busily renovating its Fifth Avenue flagship store, which will not reopen until next year, the brand is branching out in Europe with a new eatery. The very up-market Harrods of Knightsbridge will soon be home to a high-concept venue in Tiffany’s signature robin’s egg blue.

As for the menu, Tiffany will focus on classics which have been staples at its New York cafe. From a culinary point of view, the new venue will be an American outpost in Europe, offering “Central Park” salad, “Big Apple” apple pie and “New York” cheesecake. As a concession to British natives, the Blue Box Cafe will, however, offer scones with clotted cream and also provide a wide selection of teas.

If the new London address turns out to be as successful as the American Blue Box, which opened on New York’s Fifth Avenue in November 2017, it will be advisable to book well in advance to get a table. Also on the subject of planning, if you are considering a birthday gathering, be warned that the cafe’s signature “Blue Box Celebration” cake, a sumptuous concoction of white chocolate, salted caramel and vanilla, must be ordered in advance.

The American jeweller is to open its first ever cafe in Europe in Harrods in London on February 14. To find out more about The Blue Box Cafe, visit tiffany.com.