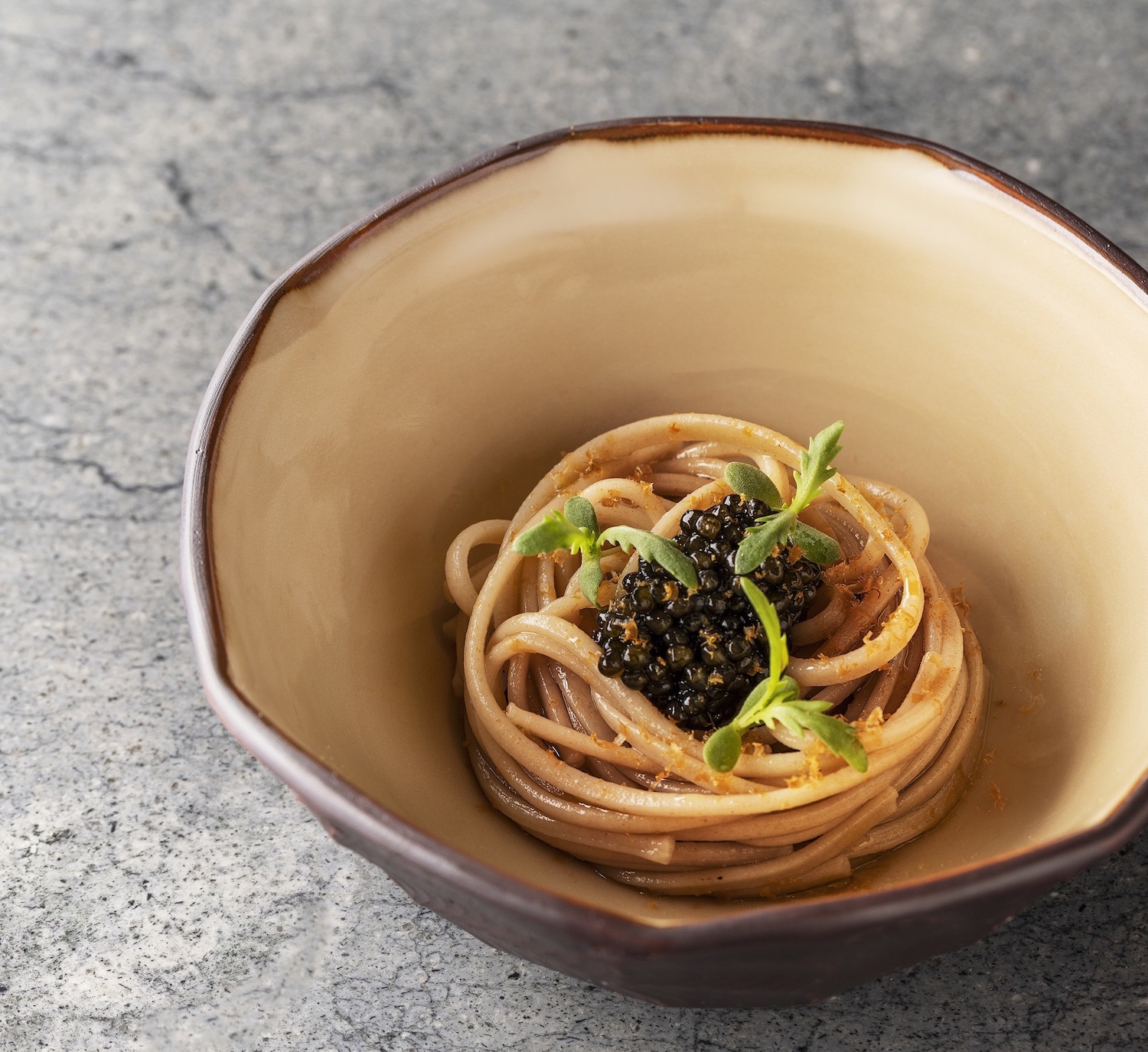 Once renowned for its delectable modern-Australian cuisine, Whitegrass is back after a short hiatus. The Michelin-starred restaurant celebrated its fresh beginnings with an exciting relaunch this May. Headed by new head chef Takuya Yamashita, the restaurant now serves classical French fare with a modern Japanese twist.

The award-winning restaurant first opened in 2016 and soon established itself as a name to be reckoned with. It gained its first Michelin star in 2017 and repeated the achievement in 2018. It was also voted one of Asia’s 50 Best Restaurants that same year. Now, with this new start and revamped cuisine, Whitegrass hopes to capture glory once again.

“Chef Takuya’s joining marks a significant milestone for us. Combined with the welcoming design and excellent hospitality that the restaurant has been lauded for, we are confident Whitegrass will continue to scale to new heights,” says Datin Karen H’ng, owner of Whitegrass.

There’s no doubt that’s possible. The newly hired 32-year-old, extremely talented Japanese chef boasts an impressive resume, and has worked in acclaimed restaurants and bistros, such as the Paris-based Étude and Les Enfants Rouges. He was also head chef at the One Michelin-starred Ciel et Sol in Tokyo.

“I am excited to embark on this journey with Whitegrass, and look forward to honouring the age-old traditions of the passionate producers who, like me, share a great respect for the beautiful bounty of ingredients nature has to offer,” says Chef Yamashita

Inspired by a deep-rooted respect for nature and its fresh produce, Yamashita is a firm proponent of using natural, seasonal ingredients. And it is this profound reverence that gives shape to his culinary philosophy of ‘La Cuisine Naturelle’ or ‘Cuisine of the Natural Body’.

In keeping with this ethos, the chef will be sourcing seasonal fish from Kyushu and the freshest seafood will be air flown daily from Japan’s best fish markets. Traditional Japanese fare, such as tea, sake, somen and other speciality produce will be brought in from Nara.

Under Yamashita’s expert guidance, the restaurant’s innovative new menu will feature a five- and eight-course degustation meal for dinner. The main highlight of this will be the oyster, specially sourced from Japan’s Hyogo Prefecture. This delicate seafood is gently poached in white wine and set in a jelly infused with a sweet and savoury brine from the oyster. The dish is paired with apple purée, slivers of baby zucchini and nasturtium leaves.

There are two other signature dishes on offer. One is the Ikejime, featuring a seasonal fish that is steamed and served in a lobster stock, with Hokkaido scallop and seasonal vegetables. The second is the Bresse Pigeon, a roulade of French pigeon and foie gras wrapped in savoy cabbage, served with pomme purée.

People & Events
By Joezer Mandagi
Sign up to get the latest luxury and lifestyle news delivered to your inbox.
Staff Writer
Fine dining