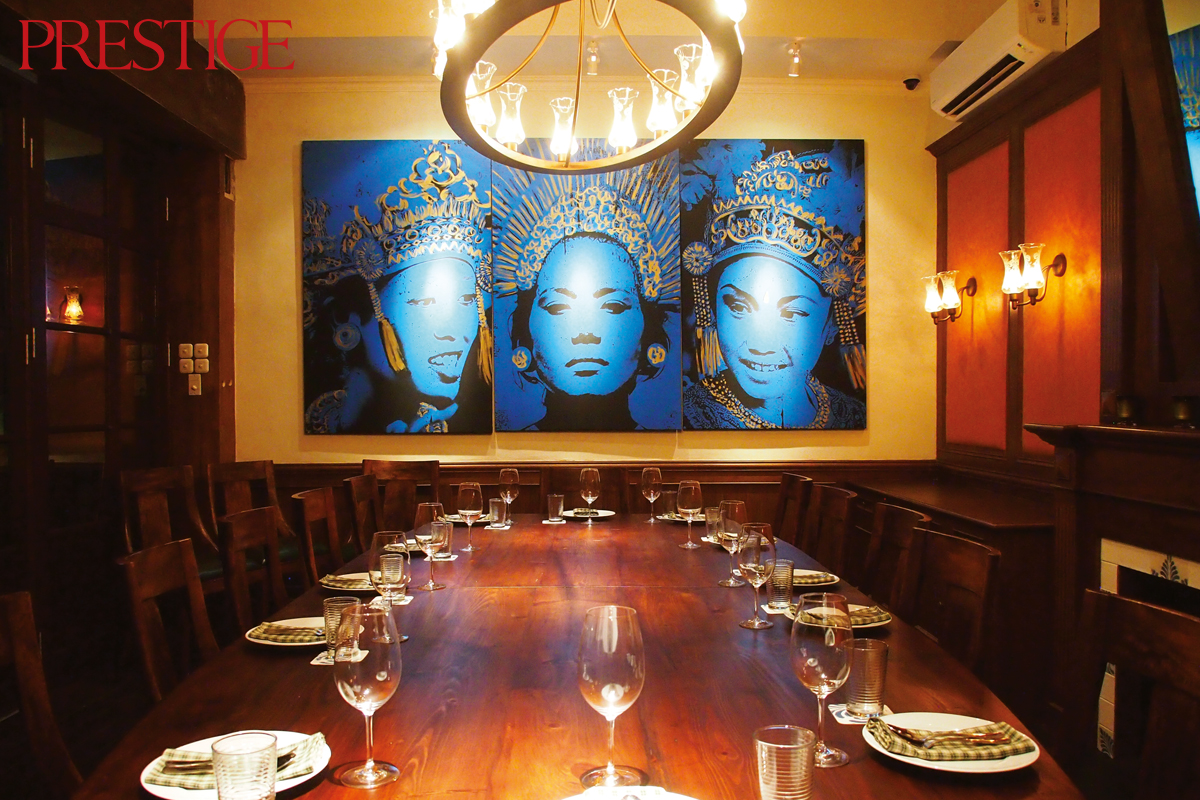 Out of the Fire

Wine & Dine
Out of the Fire
Share
Next article

Agneya is a new Indonesian restaurant in south Jakarta’s Dharmawangsa neighbourhood that woos diners with its live-fire cooking techniques. Founded by restaurateur Chris Jensen, who also established Le Quartier on Jl. Gunawarman, the 180-seat eatery takes its concept from Indonesia’s multicultural heritage. It is named after a goddess, the daughter of Agni, the re god of Hinduism. The dishes are prepared on burning charcoal and wood.

Viewed from outside, the restaurant gives the impression of a romantic villa surrounded by tall trees and lush greenery. It consists of three floors. The first features an open kitchen complete with wood-burning replace, a bar and enormous windows. The second level is a function hall that can accommodate up to 180 people. The third is a smaller hall with a capacity of 50 people. There is a VIP room for 14 people on the first floor. In general, Agneya’s interior exudes a warm feeling with green and wood elements.

The menu has a “Fire and Romance” theme. High-quality ingredients are prepared with traditional cooking techniques. Most of the dishes are cooked on a 5-metre live-fire bed, which is the centrepiece of the kitchen. Here, whole lambs roast on spits, free-range chickens are hung over wood embers, while ducklings and root vegetables are slow-roasting in charcoal.

Prestige began with a signature dish, gado gado (Rp 48,000 for one or two people or Rp 72,000 for two to four diners). Agneya’s version of this famous salad features steamed and charred vegetables with boiled eggs, topped with roasted peanut sauce.

Agneya’s take on nasi goreng ayam (Rp 76,000) is that it is served in a clay pot and covered with crispy spring rolls. Being cooked on charcoal gives a smoky taste to the sweet and savoury fried rice. Bebek sawah betutu (Rp 198,000) is a whole duckling that has been roasted for five hours on coconut and wood embers. Another choice is rendang sapi (Rp 162,000), West Sumatra’s iconic slow wok-braised meat dish.

Es sereh kunyit segar and es semangka air kelapa muda (both at Rp 46,000) are served to freshen up the palette. The first drink features lemon, lemongrass, lime leaf, turmeric and ginger topped with soda. The latter is watermelon juice combined with coconut water and ginger.

There should always be room for dessert. Among Agneya’s sweet specialities is manalagi-lagi (Rp 58,000), baked manalagi apples and a raisin filling wrapped in a crepe. Served with cinnamon sauce and a scoop of ice cream, it’s such a sweet goodbye.