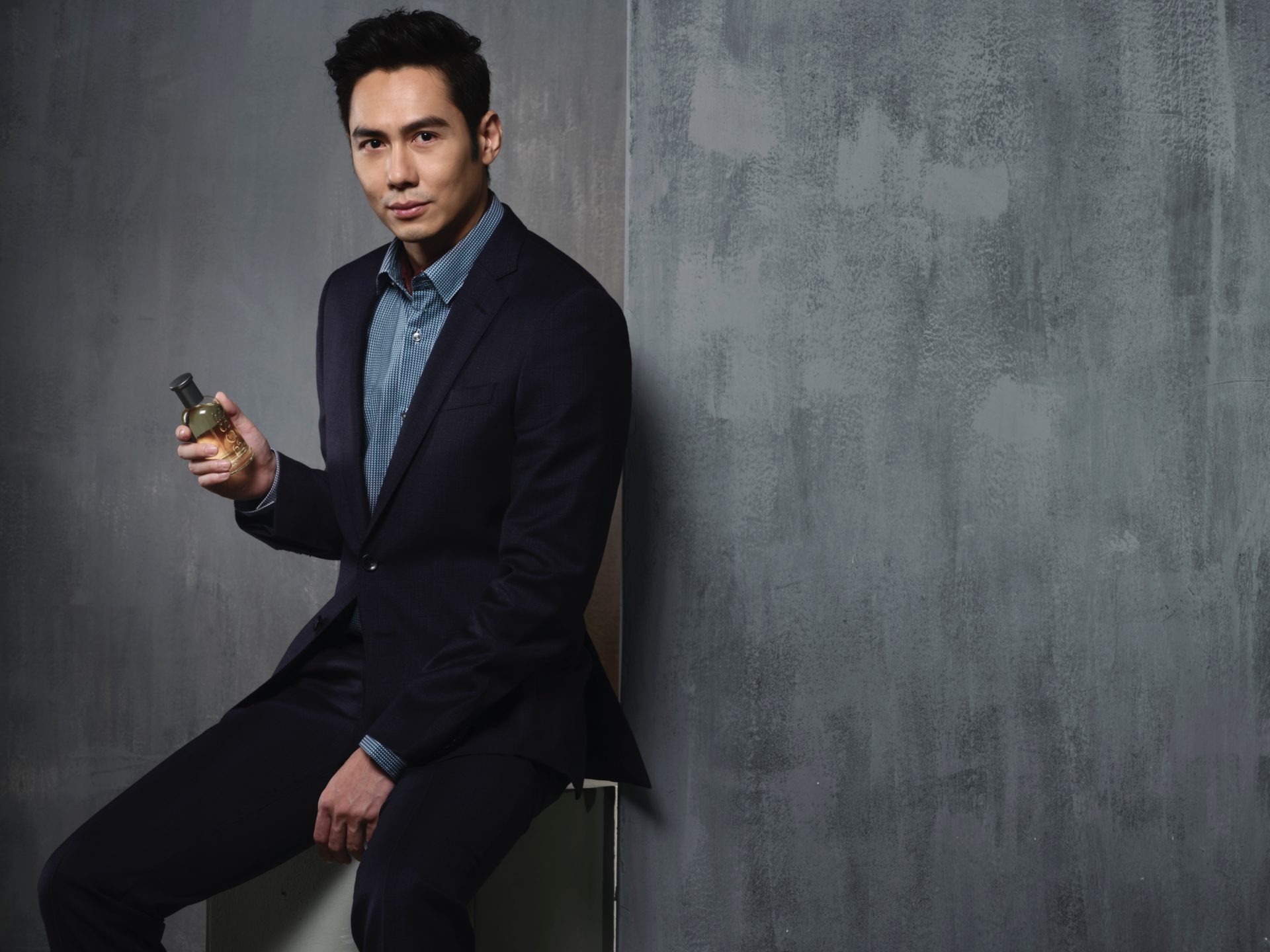 As an actor, JC Chee plays many roles throughout his career. Most know him as the hot-headed football captain ‘Tauke” in Ola Bola, but he has also taken on other roles such as a murderer in When Geek Meets Serial Killer and a womaniser surprised with a daughter he never knew existed in My Surprise Girl. When he’s not acting, he’s either modelling or tending to his new career as an entrepreneur with Black Dragon. This multi-faceted identity is precisely what BOSS defines as the Man of Today.

“I’m not one to give up easily when I face a tough and challenging situation. Whenever I face obstacles, I tell myself that I can do it, even if I could fail multiple times — I never give up until I succeed.”
JC Chee
But what exactly is the Man of Today? The Man of Today plays by different rules from your average man – he lives by a strict code of integrity and respect, holding those values close to his heart. This, in turn, is reflected on his behaviour, personality, and the way he lives his life. Take Chris Hemsworth, the BOSS Bottled ambassador for example. Hemsworth is one who embodies the ideals of the Man of Today as a blockbuster actor and devoted father. In the same essence, Chee emulates the Man of Today characters in his own way, proving that the Man of Today is not a one-dimensional character.

“My perseverance gives me strength and confidence, and this makes me feel like the Man of Today,” says JC Chee.
We sat down with Chee to have a chat on what it means to be the Man of Today, his journey to success, and how he manages to find his inner balance between acting, business, and leisure.

Lifestyle Asia (LSA): Why did you choose to become an actor? Was it something born out of passion or interest?

JC Chee (JC): I worked as a model upon graduating from university. After several years, I had a chance to meet up with a TV producer. Prior to that, I had no idea what acting was until I stepped onto the set of a TV drama. It was then I realised what acting is. Becoming an actor was coincidental, but I stayed on because I grew to love it.

LSA: As an actor, you have to adopt different personalities for different films. How do you manage to set them apart and also stay true to your own personality?

JC: Going for acting classes, what I learnt was that there’s a switch inside every actor. When I’m on set, I switch into character mode immediately, and I switch it off after I leave the set.

LSA: What was the most challenging role you ever had to play?

JC: Playing the role of a womaniser was the toughest I’ve ever done because the role was the complete opposite of my personality.

LSA: Which role have you played that was most different from your real-life character?

JC: A serial killer. It can’t be further from the truth because I’m a peace lover.

LSA: For BOSS, we talk about being the Man of Today who is modern and successful in the many roles he plays in his life. In what way do you feel like you’re the Man of Today?

JC: I’m not one to give up easily when I face a tough and challenging situation. Whenever I face obstacles, I tell myself that I can do it, even if I could fail multiple times — I never give up until I succeed. My perseverance gives me strength and confidence, and this makes me feel like the Man of Today.

LSA: Finally, out of all the BOSS Bottled scents, which one do you think suits your personality the best?

JC: The classic BOSS Bottled. It suits me well and I can wear it every day.

Get the BOSS Bottled now.