Behold the winners of the 2018 Cartier Women’s Initiative Awards 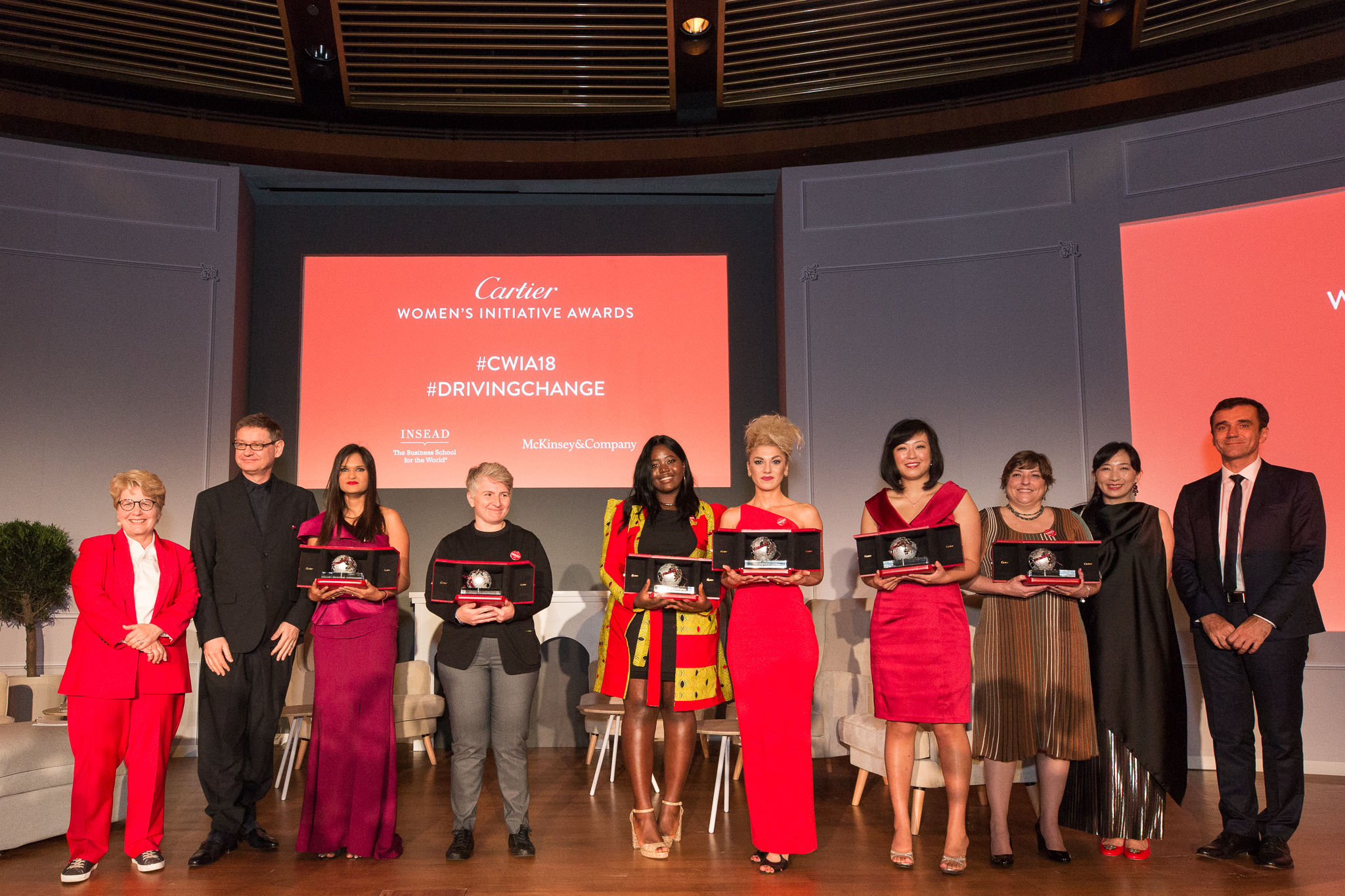 Spanish scientist and social entrepreneur Luz Rello has dyslexia. “I know about failure. I’ve been failing half my life — when I was a child, I had so many mistakes in my reading and writing, and I wanted so badly to get rid of these mistakes,” the founder of Change Dyslexia shares before a packed audience at the Capella Singapore, her voice cracking audibly.

She regains her composure with a steely quickness, and continues: “But now, I tell all the children to embrace their mistakes, because we learned that the key to discovering and overcoming dyslexia is in our mistakes.”

Rello’s story is not uncommon amongst the other finalists of the Cartier Women’s Initiative Awards. Over the course of the night, each of the 18 entrepreneurs shared their deeply personal stories about their journey thus far.

Held last night for the second time in Singapore, the annual Cartier Women’s Initiative Awards saw 18 finalists this year, three from each region in the world, competing to be one of the six laureates, who would each win US$100,000 and personalised business mentoring. (A record 2,800 applications from women entrepreneurs around the world were received this year.)

At the end of a gruelling week-long entrepreneurship boot camp, which included business workshops and coaching sessions for each finalist, the 18 finalists of the Cartier Women’s Initiative Awards gathered at the Capella Singapore to celebrate not just their own achievements, but that of all female entrepreneurs around the world.

But you wouldn’t guess that the women were gathering for a competition. During a press session held two days prior at Publico, InterContinental Singapore Robertson Quay, there’s not a hint of rivalry in the air as finalists mingled with guests and fellow contestants alike. In fact, one of the common threads that kept re-emerging as we circulated the room was that of connection and friendship — and not just the business sort, either.

We watched as Paloma Farías Gutierrez from Chile warmly embraced Uganda’s Evelyn Namara, and in another corner of the room, we saw the North American finalists in an animated, lively conversation with their Middle Eastern counterparts.

It’s evident that these women, whose business ventures range from agriculture to technology, have formed bonds that far transcend mere networking contacts. As Sara Saeed — whose start-up Sehat Kahani connects under-served patients with female doctors in Pakistan discouraged from working — puts it: “Everyone here has a beautiful soul, and I feel so blessed to be a part of this network of amazing women.”

At the end of the night, just six were named laureates, but judging by the genuine joy and warmth with which the rest of the finalists embraced the winners, they’ve won something greater than a mere accolade.

Epistemic is a non-invasive device that epilepsy sufferers wear to send them warnings, typically up to 25 minutes in advance, of an impending attack, allowing patients to prepare themselves for a seizure and reduce their likelihood of being injured.

A digital platform that transmits real-time data to hospitals from within ambulances, Twiage helps transmit vital information in advance to hospitals, saving 14 minutes per patient on average.

The Blitab is the first tactile e-tablet for the visually impaired, allowing them to better visualise online content by translating webpages into Braille smart dots that rise from the tablet surface.

As an online blood bank and e-service for hospitals in Cameroon, Infiuss allows rural clinics easy and immediate access to blood when they most need it.

Kamkalima is a web-based platform that allows students and teachers to learn Arabic in an engaging, educational way, with additional support provided to students with learning disabilities.

The 2018 Awards also saw a remarkable number of technology-based start-ups. We take a quick look at several finalists making waves in the tech industry.

Guide dogs are often a costly investment for the visually impaired, but for the blind in Brazil, cost isn’t the only barrier: There are just 100 trained guide dogs for the millions of visually impaired who live in Brazil. To bridge the gap, Vixsystem founder Neide Sellin created Lysa, a robotic guide dog that detects and warns its user of obstacles in its way.

Vaccines often need to be stored at a cool, stable temperature to ensure their potency, but according to the Global Alliance for Vaccines and Immunisation, adequate equipment to do so is unavailable in more than 90 percent of the countries that it operates in. Julia Römer’s Coolar, which turns heat into cool air via evaporation and absorption, ensures that vaccines are transported safely and conveniently to the places where they are needed the most.

Coding has fast become one of the most integral languages to learn in modern times. Hanan Khader herself learned to code when she was only 10 years old — now, she looks to spread the joy and knowledge of coding to other young children with her specially designed, kid-friendly coding software, Hello World Kids.