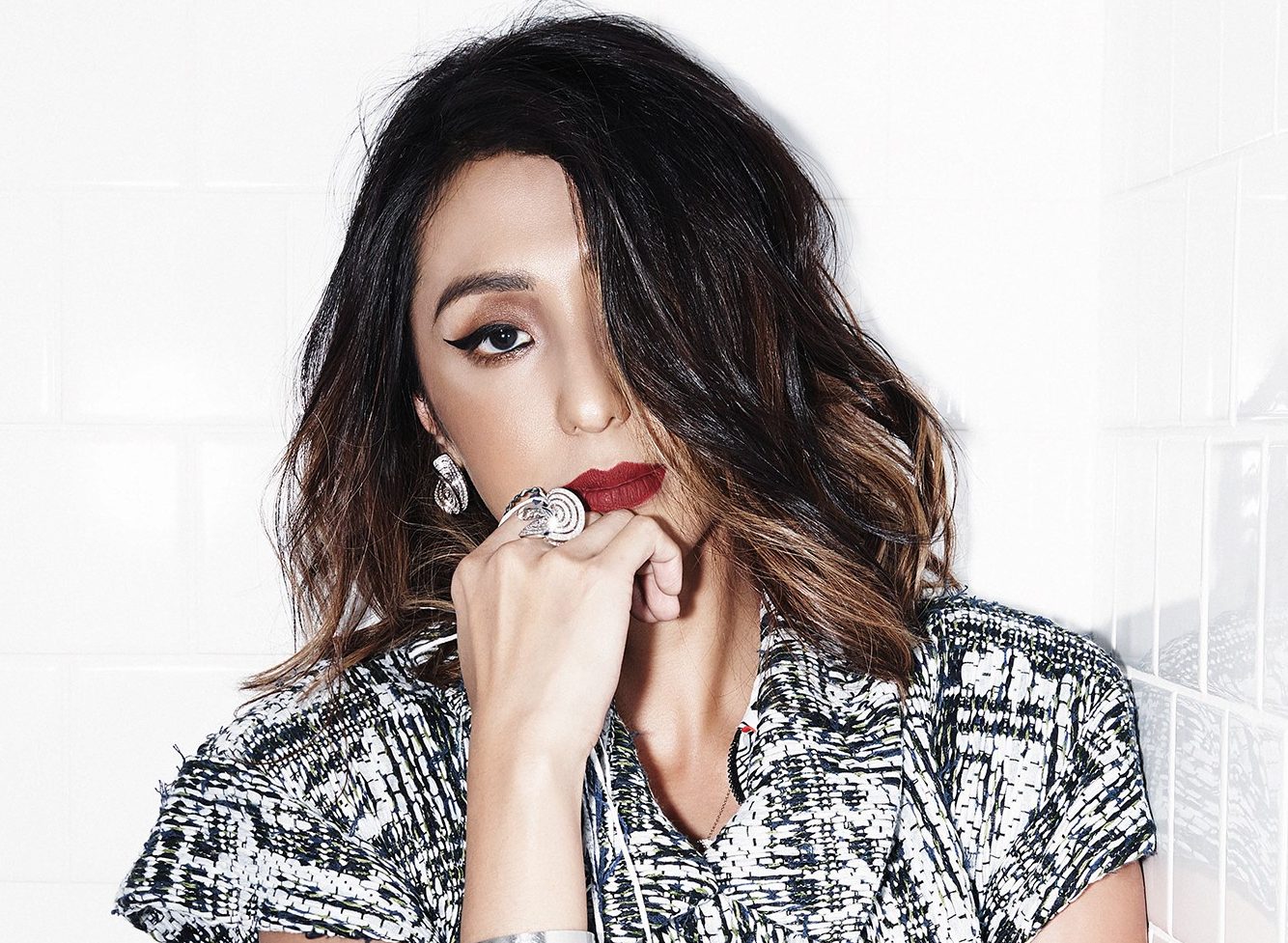 Datin Shirieene Hajamaideen says when asked about her style choices. Citing comfort as a pre-requisite, she adds, “I do wear a lot of sweatpants.” We, however, would beg to differ to her suggestion of a more laid-back style.

Her outfits worn at the Prestige Ball over the last few years, suggest an edgy approach to fashion as she can typically be counted on to make choices that veer from the norm. In fact, Shirieene’s name came up quite a bit as the one to look out for at last year’s Glam Rock themed ball.

That reaction is, perhaps, only to be expected. Shirieene was at the helm of Maizen Maison, the boutique she started with Rekha Sen more than a decade ago, that garnered quite a cult following in the noughties among a group of young women, in search of contemporary labels.

“I guess old habits are hard to break,” she says, with a laugh when we contradict her earlier statement. “At Maizen, we spent months and months forecasting trends. I love to find that new designer label. I love up and coming designers because they are hungry and they have an edge to them. They want to be different. I like to mix things around. I don’t like to take anything too seriously.”

But Shirieene talks of her days with Maizen as something that is firmly entrenched in her past.

“Motherhood has completely changed me,” she says without hesitation. “Ask any of my girlfriends. I would be lying if I said that I didn’t miss Maizen and the life that I had with Maizen but when I became a mother, things just sort of fell into place.”

In 2006, Shirieene married Datuk Ruben Gnanalingam and they have since been blessed with three boys, Reyess, Raqeen and Reggan. Which meant that after initially trying to balance motherhood and career, the time eventually came to make the difficult decision of closing the chapter on Maizen.

“For the first two years of Reyess’ life, I was a working mum and he came along on working trips. But when Raqeen came along, it seemed impossible that I would be able to take him along as well on my buying trips,” explains Shirieene.

Plus there were also changes at Maizen. A lot of the girls who were part of the team had gotten married and were starting families and of course, Rekha had moved to Bangkok.

“It seemed like it was time,” she says, particularly since Shirieene was ready to embrace the responsibilities that come with being a parent.

“I wanted to get it right,” she explains. “I feel I have to ensure that my three boys grow up to be kind, well-balanced, humble and conscientious. And I think I also owe it to their future wives. Boys become men and while they learn a lot from their fathers, they can also learn a great deal from their mums.”

Particularly as children today face greater challenges. Our parents, she says, often took a more academic approach. Things like values and politeness were taught but to a large extent, children naturally developed into the people they end up becoming.

For Ruben and her, the emphasis differs.

“Ruben and I feel very strongly that we want our children to become the best kind of person for themselves and for their community as a whole,” she explains, adding they are not parents who are results-centric. “It is never about getting the highest marks or shooting the ball that gets into the goal post. It is about how you get there. It is always about the work-ethic that takes you to your results.”

“It is about commitment,” she adds. “And if you are committed, that will get you the results you want.”

As a strong advocate of positive parenting, Shirieene has recently begun organising sessions with American educationist Kim Demarchi that aim to help parents achieve results simply through communicating with their children.

“I am very proud of it though it is very small scale,” she explains. “Kim has amazing philosophies and methodologies. Sometimes it is not about punishing your child. For instance, in our family, we don’t bribe, we don’t threaten, we don’t blackmail. We feel that you do the things you want to do to achieve your goals but you have to do it for yourself. When you put in the hard work and at the end of the day when you get that sense of achievement, that should be your reward. We want our children to feel that self-reward as opposed to us giving them something.”

Adopting that approach will eventually change goals where achievements will not be driven solely by the need to acquire things, less in a less materialistic approach. Right now, Shirieene is focusing on “RCB-ing” her eldest Reyess. It is something that she learnt to through the courses that she has been organising.

“Redirecting your child’s behaviour is to teach your child to set a goal beyond his own selfish goals,” she explains. “You don’t want him to do well just so he can get into a good school, get a good job, buy a nice car and have a nice house for his family alone. You want to make sure that he is the kind of child who grows into an adult who cares about his family, his community, his planet, so it has to always be something bigger than himself.”

While, these ideas may be perceived as being slight “new age,” Shirieene points to both her mother and mother in-law for laying the strong foundation from which both she and Ruben now parent.

“My mum is a very strong woman, with strong traditional Chinese beliefs about being prudent, humble and that is something that we carry with us and we are definitely teaching our children that. My mother-in-law is amazing. She is exactly like my mum in that she is always trying to teach us the value of money and being prudent. She taught that to Ruben and his siblings and that’s why we are the way we are.”

There are, however, some differences. As a mother in today’s world, communication has become increasingly important. Thus, while Shirieene admits to being a “strict” mum who won’t compromise on certain things, she also says that she is not “completely unreasonable.”

Since becoming a mother, the naturally “calm” Shirieene says she has now become “Zen.” There are so many things that are out of your control, she states. Her three sons, she says, have completely different personalities. Reyess, the eldest, is a natural big brother, a natural leader, who displayed a great deal of empathy from a young age. Raqeen, she likens to Ruben, describing him as someone calm, cautious and who likes to weigh things out.

Her youngest, Reggan, she laughs, is at the moment “the loudest.”

From her descriptions, it comes as no surprise that Shirieene describes motherhood as her “calling.” And that also explains why she could move on from Maizen.

When it first started, Maizen initially found a niche with a price point that was between high street and designer. It was very hard, Shirieene admits, and the goal was to make it past the three-year mark as in retail, shops usually close within the first three years. A solid business plan and several contingency plans meant that there were many possibilities to “exhaust” if the need had arisen. But thanks to the “wonderful team of girls,” Maizen made it to ten years.

However a decade later, both Shirieene and Rekha had changed and it appears that their customer base had evolved alongside the owners.

“Our ladies had changed with us and it was time for us to change everything about what we were doing,” she explains. “The ladies who bought contemporary were now earning more and were not willing to spend on ready-to-wear.”

That meant moving out of the American market that they were familiar with and moving into the European one. That would have required a significant amount of reinvestment which they were not prepared to put in.

“We had a heart-to-heart as she (Rekha) was packing her bags to go to Bangkok, we had a good cry and we closed on a good note. No regrets.”