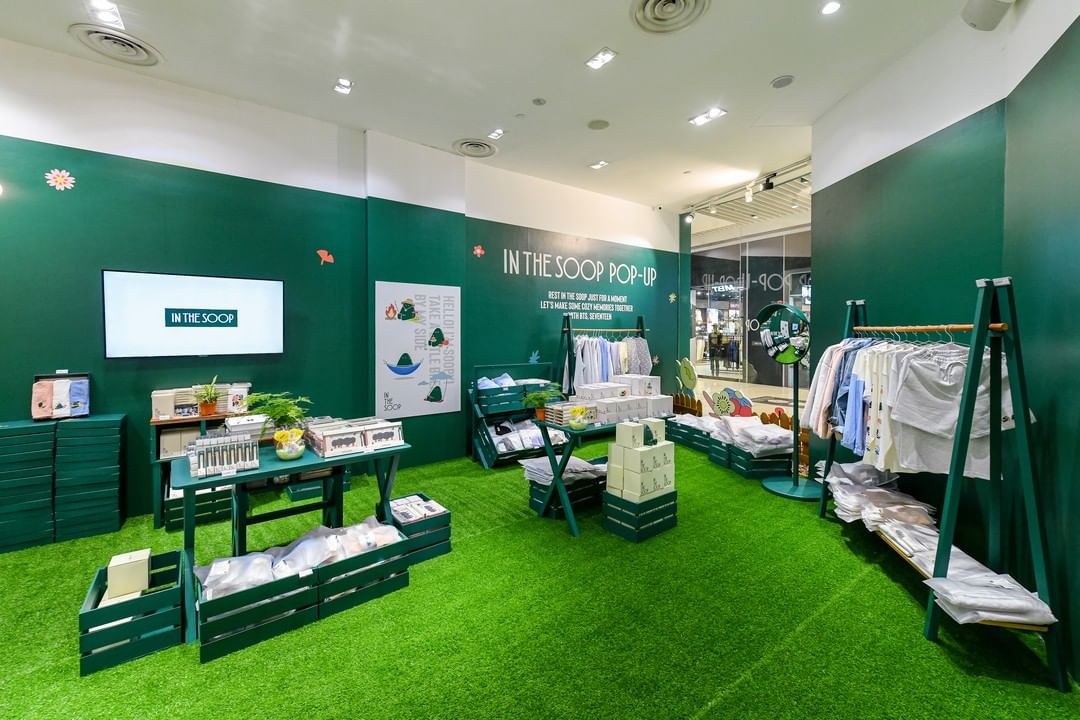 Fans of K-pop boybands BTS and Seventeen – or rather the ARMY and CARAT – will be thrilled to know that an ‘In the Soop’ themed pop-up store will soon be opening at 1 Utama Shopping Centre, Petaling Jaya from 29th April to 28th August 2022.

The shopping centre gave fans a glimpse of the pop-up store and made the announcement via TikTok. Organiser ‘morningkall’ also posted an announcement on Instagram.

‘In the Soop’ is a reality series with versions starring both boybands.  At the pop-up store, fans will be able to get their hands on loungewear, plushies, blankets, stationeries, apparel, and more inspired by the series.  Fans can expect to purchase merchandise in pastel and neutral colours as seen on the official merchandise website.

The pop-up store is currently in Singapore until 8th May, where fans can also take photos with  In The Soop’s blob-shaped mascot SOOPY. Malaysian fans can expect to see similar themes at the pop-up store on 29th of April.

The organiser morningkall also posted a list of SOPs to follow when the pop-up store opens. These include:

In the Soop 1utama bts seventeen