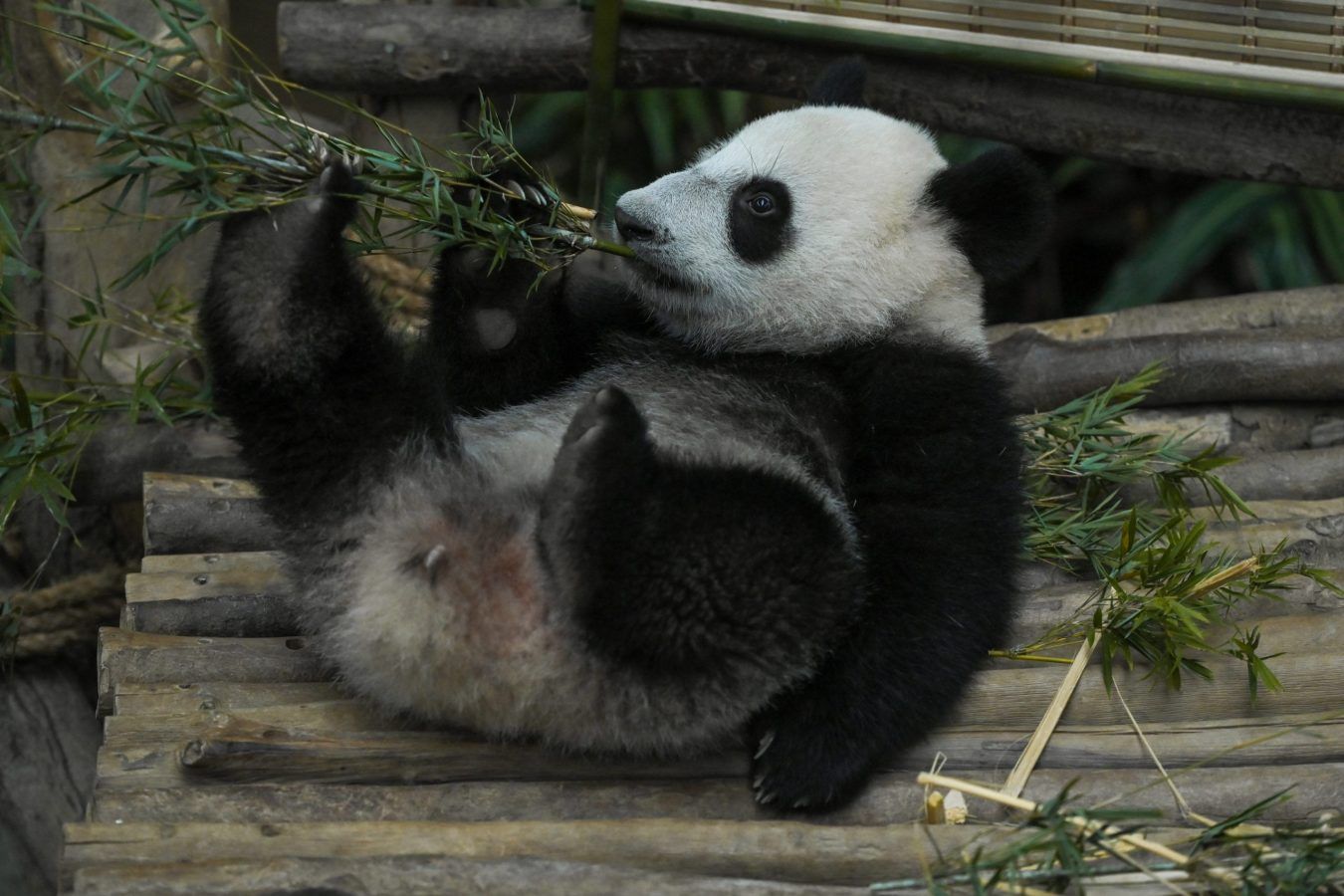 The Zoo Negara panda is cuteness overload. The youngest panda at the zoo is having its moment in the sun.

An emblem of worldwide conservation efforts, a symbol of the Malaysia-China diplomatic amiability, or simply the reason many flock to Zoo Negara, the giant panda is a fluffy ball of fur whose nonchalance has continued to captivate. Now the national zoo is giving you one more irresistible reason to revisit as the one-year-old cub is belatedly christened.

Born helpless and fragile – weighing approximately 140g – May 31 a year ago, Sheng Yi now weighs northwards of 27kg. Her name translates into peace and friendship. While the naming ceremony only just took place, Sheng Yi has been put on public exhibition since December 2021.

While Sheng Yi is the third giant panda cub born on Malaysian soil, she won’t be joined by all of her siblings. Nuan Nuan, who was born on 18 August 2015, was sent home to China on 14 November 2017, while Yi Yi was born on 14 January 2018. It is likely that Yi Yi will be repatriated soon too.

Their parents Liang Liang and Xing Xing are part of the Giant Panda International Conservation Cooperation Agreement Programme that spans 10 years. They have called Zoo Negara home since 21 May 2014.

Under the agreement, all giant panda cubs will be returned to China once they reach between 24 months and four years old.

What is a giant panda?

The giant panda bear species is native to China. They are predominantly found in Sichuan, but also in neighbouring Shaanxi and Gansu provinces. The cute creature most notable for its distinctive black-and-white block coat and rotund body is a folivore. They forage for bamboo shoots and leaves, which can make up 99% of their diets. Through comprehensive conservation efforts and breeding programmes, the once-endangered giant panda has now been reclassified as vulnerable.

The Qinling panda, a lesser known subspecies, delights with a cappuccino-and-white coat.

Where else can giant pandas be found outside of Mainland China?

As of 2019, 26 zoos scattered in 20 countries and territories outside of Mainland China acted as the custodians to these adorable animals. Apart from Malaysia, other countries in Asia with giant pandas include Singapore, South Korea and Japan. While China typically loans out these creatures, in 2008, it gifted a pair to Taiwan, who have since given birth to two cubs.