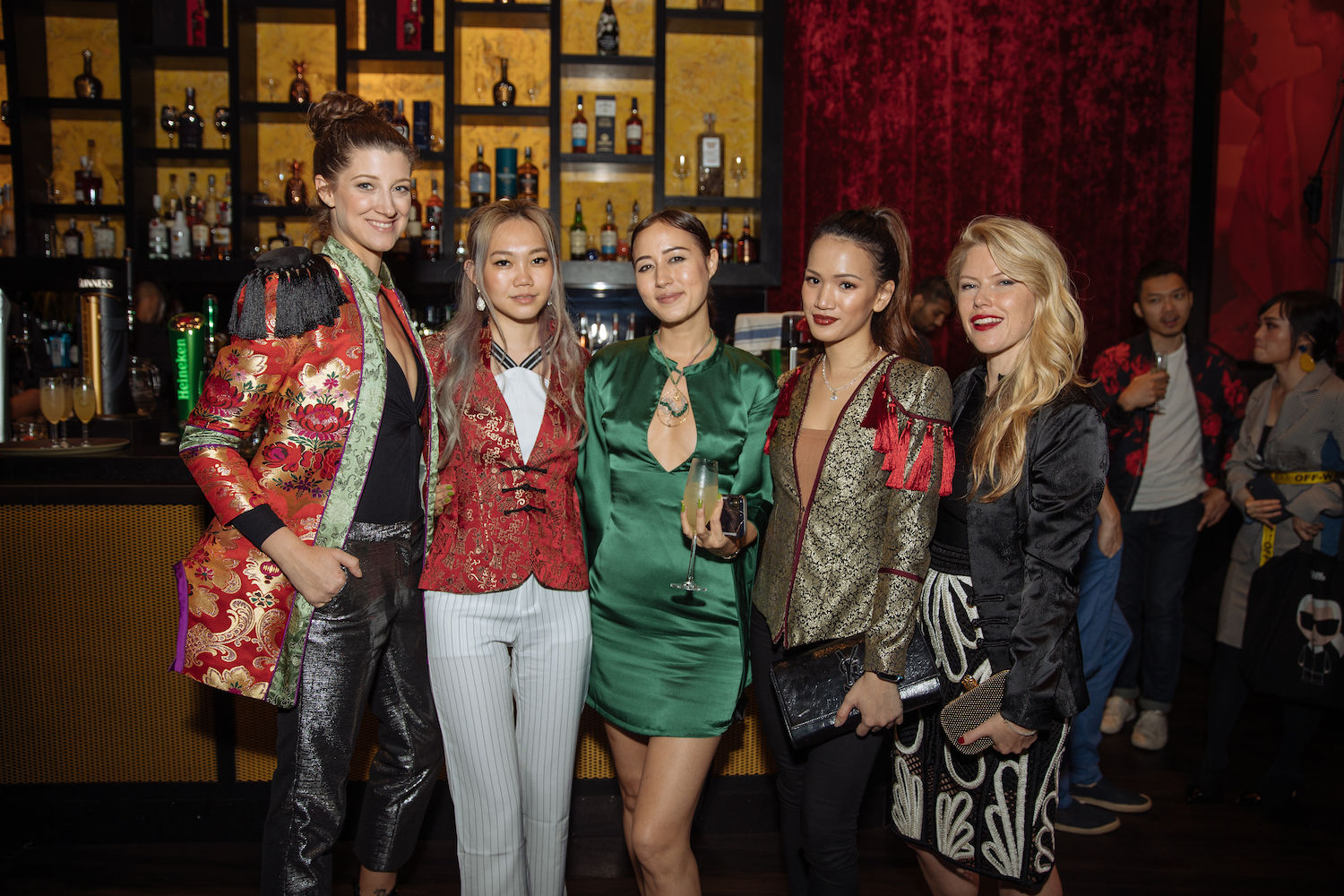 “Is that a Lisa Von Tang?” is a question you could get used to. Born in Canada and having spent the last 10 years living in Singapore, designer Lisa has created a brand of clothing with such distinct personality you could hardly mistake. Her oriental roots are infused in the designs of Lisa Von Tang, once known as Chi Chi Von Tang with a focus on luxe streetwear. Known fondly now as Lisa Von Tang, or simply LVT, the brand has evolved and has even been worn by celebrities including Adriana Lima, Cara Delevingne, and Mick Jagger.

To talk about Lisa Von Tang’s kimono jackets, Elements line of fragrances, and form-fitting bodysuits, is to talk about the brands ethos as a company and it mission to “create a more joyful, ‘woke’ world”. Lisa tells us, “We give bonuses to our employees for self care. When someone goes for a yoga class, or takes a walk in the park, we reward them for taking care of themselves. People seem to be more conscious about the environment when they love themselves. It’s an interesting link.”

Also remarkable and more fashionably known too, is that LVT produces most of their pieces from excess fabric to encourage less wastage. “It can be a problem sometimes, such as when we had a best-seller bomber jacket with no extra material to keep making,” she shares. “But the constrictions make me (as a designer) more creative.”

The 6 rules of summer style, inspired by the Bernard Chandran Spring/Summer 2019 collection
Style

LVT recently hit a big milestone: the opening of its first Malaysian store in Starhill Gallery. The big news was celebrated in Cé La Vi in collaboration with Recyclothes, the fashionable charity championed by Rebekah and Ruth Yeoh, Yi Ping Teo, and Melissa Yang. Instead of a typical fashion show, the brand made an impression via performance art; a Five Elements Show with dancers and storylines paying homage to the earthly elements that have inspired LVT’s line of scents. The show marked the brand’s second appearance in Kuala Lumpur where previously, a pop-up event was held in Nobu.

Malaysia’s performance at the Birmingham Commonwealth 2022

Mid-Autumn Festival: The significance and and how it is celebrated around Asia