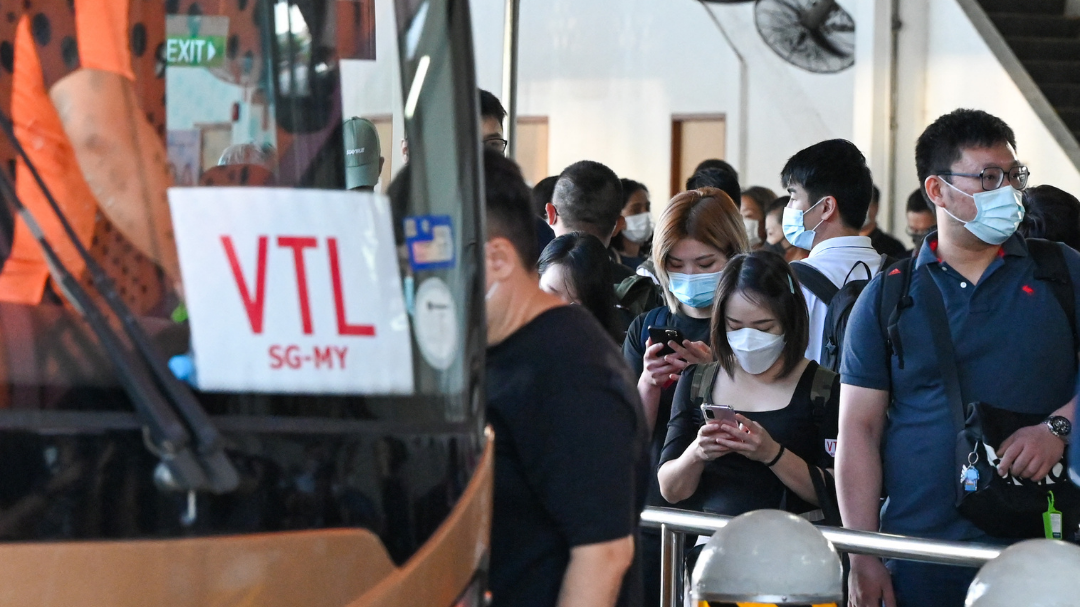 All travellers participating in the Malaysia-Singapore Vaccinated Travel Lane (VTL), whether by air and land, are required to undergo self-testing on the third and seventh day upon arrival and enter their results in the MySejahtera app, said Health Minister Khairy Jamaluddin.

Will there be further amendments to the current SOPs for the Malaysia-Singapore VTL due to the threat of Omicron? According to The Star, both countries will adopt a wait-and-see approach, as they need to take approximately two weeks to a month to assess the effects of the transmission.

Malaysia-Singapore VTL: How to navigate the Doctor2U App to pre-purchase a compulsory Covid-19 test
Travel
Here’s how you can travel to Singapore by flight now that VTL is going ahead
Travel

As Omicron looms, he also said in a press conference on Wednesday that VTLs between other countries that have reported transmission of the variant are currently being postponed.

“This postponement will be until a clearer picture is obtained on the transmission of Omicron at a global level,” he said.

Malaysia has implemented a travel ban to eight African countries, including South Africa, Zimbabwe, Mozambique and Malawi.  The health minister said this could soon be extended to other countries where the variant has been detected, such as Britain and the Netherlands.

Additionally, tourists from countries that have reported Omicron transmission and high-risk countries that are listed or those with a history of travelling to those countries in the last 14 days will not be allowed to participate in the Langkawi travel bubble.

Khairy said that the concerns are due to the fact that the variant develops during chronic infection in individuals with weak immune systems (immunocompromised) and has many mutations, including 26 to 32 mutations in protein peaks.

“It also has 10 mutations in the protein bound to the ACE2 [angiotensin-converting enzyme 2] receptor, which allows the virus to enter body cells. In comparison, the Beta variant [which originated in South Africa] has three mutations and the Delta variant [the Indian variant] has two mutations.

“This [Omicron] variant has spread faster than another variant. This suggests that it is likely to be easier to spread. In addition, preliminary evidence suggests that this variant also carries a higher risk of reinfection than other VOCs [variants of concern],” he explained.

So far, one case of a person testing positive with the Omicron variant has been reported in Malaysia. The non-Malaysian from South Africa is reportedly undergoing quarantine in Ipoh.

This is a developing story.