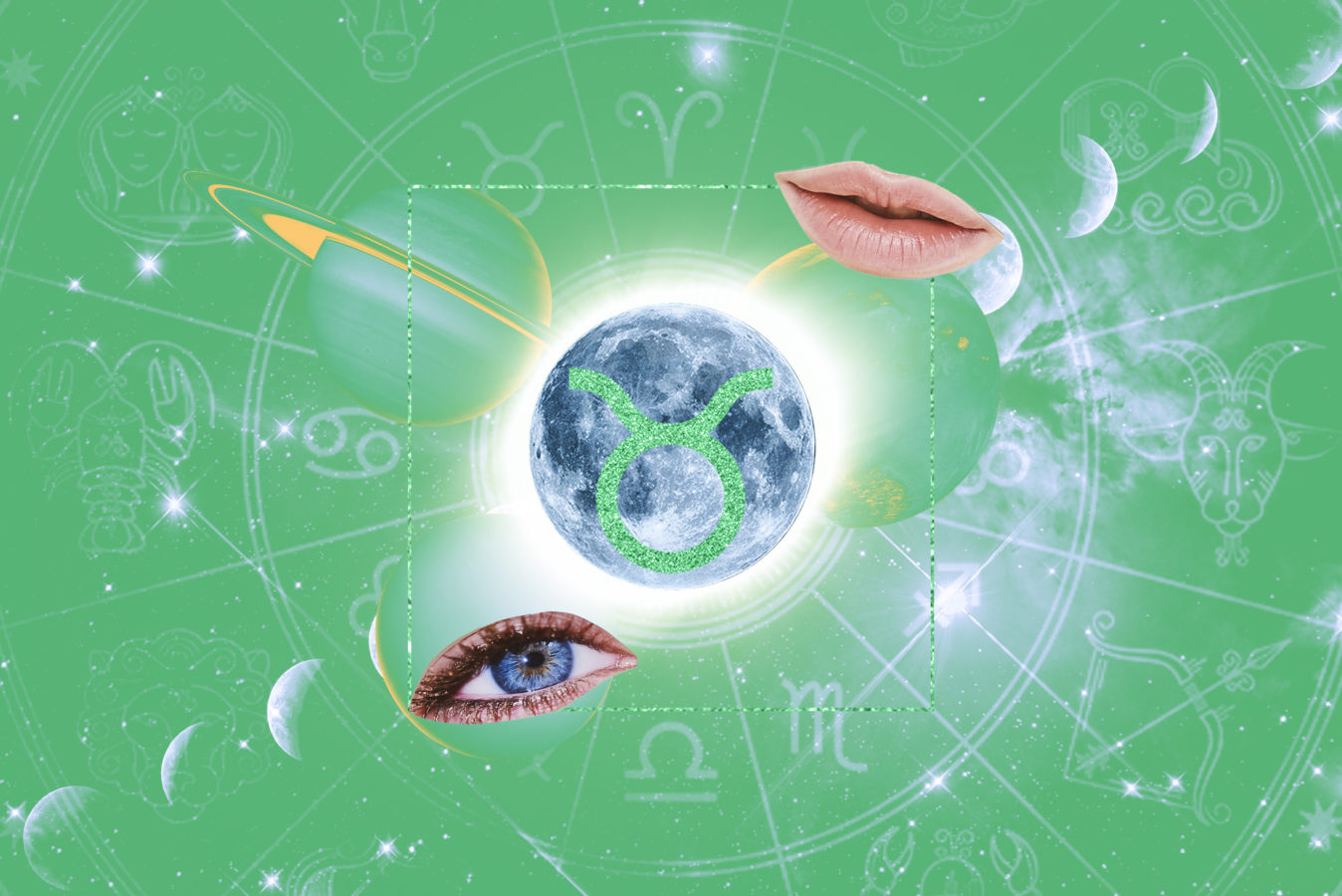 Welcome to the second and final eclipse season of 2021! This year, falling at the tail end of Scorpio season, an intense new cycle kicks off with a lunar eclipse and full moon in hardheaded, sensual fixed earth sign Taurus. Ruled by Venus — the planet of love, beauty, and money — this lunar event hosted by the Bull is sure to shine a light on evolving relationships. The shake-up-bringing moon, which was on November 19 at 3:58 am ET or 4:58 pm Malaysia time, could drive you to steer away from bonds that are no longer in line with your path in order to make room for more fulfilling dynamics.

Here are all the details and how you can best navigate the Taurus full moon and lunar eclipse.

Find the house plant you should get based on your zodiac sign
Pursuits
Your 2021 horoscope: Tarot readings for the year ahead
Pursuits

The Power of Eclipses

First off, let’s talk about the astrological significance of a full moon and lunar eclipse. It’s important to note that the moon serves as your emotional compass, ruling over your intuition and sense of security — and reaching the part of its monthly cycle where it’s at its most full and luminous only serves to exaggerate those themes. Add a total lunar eclipse to the mix, and its intensity is cranked up even further.

You probably already know that full moons have a bad rep for bringing out wild behaviour. (Think: Your generally quiet neighbour decides to throw a rager that keeps you up all night, a client presents you with a laundry list of unrealistic requests, or an underlying family issue comes to light and sends everyone spinning.) But at the root of any eyebrow-raising behaviour is generally an amplification of emotion and boatloads of projecting — or, more healthfully, opening up about — previously repressed pain, stress, or trauma.

All of that applies to any full moon, but when a full moon is paired with a lunar eclipse — which happens when Earth is positioned between the sun and the moon and casts a shadow over the moon — all those heightened emotions and the battle between light and dark can fuel breakthroughs, dramatic change, and crises.

The change fueled by an eclipse might not be incredibly apparent right off the bat. You might feel compelled to send an email to a mentor, buy a package of personal training sessions, or tell your therapist you’ve been just starting to think about breaking up with someone. Or they could set the stage for a lightning bolt, game-changing actions like moving to a new city or filing for divorce.

And unlike new or full moons that tend to set the stage for reflection or forward movement but require a more conscious effort on our part, eclipses tend to force the issue. In other words, it’s an opportunity to take your foot off the pedal to some extent, allowing the universe to steer you in the direction that’s meant to be. So there’s no need to bust out your journal, candles, crystals, meditation pillow, etc. this time around. It’s best to just let an eclipse do its thing.

Also cool: A series of eclipses occurring along the same axis — for instance, the Taurus-Scorpio series, in which this full moon is the first event — will often serve as markers in a big picture journey. You might begin to think about leaving a confining job, get laid off, decide to strike out on your own, and enjoy a thriving business, only to later realise all the twists and turns that eventually added up to a major life change happened in tune with eclipses. Because this eclipse is the first of this series, it’ll feel like the introduction of a new narrative in your life that you’ll be working through over the next two years.

People whose birth chart features Taurus placements tend to be grounded, slow and steady, sensual, loyal, and hardheaded. And given their Venusian influence, they adore creature comforts, luxury, and anything aesthetically pleasing. They’re your fave Netflix and chill buddy, pretty much always up for ordering in and snuggling up on the couch. One of the four fixed signs (the others being Leo, Scorpio, and Aquarius), Taurus people often dig their heels in, especially around emotional attachments. And this full moon, ruled by the Bull, urges you to reflect on whether or not you’re experiencing reciprocity and comfort within your most VIP bonds. Because Taurus rules the second house of income, money and self-worth could be a prime focus as well.

Regardless of its aspects to other planets, Taurus full moons generally ask you to think about how you’re relating to others and what you’re bringing to the table — and receiving — in your cosiest relationships. But being that this is an eclipse and not just a regular full moon, and rebellious Uranus, the planet of sudden change, is occupying the fixed earth sign at the moment as well, any Taurean desire to stick to tried-and-true ways of relating is bound to be challenged.

It bears noting that this particular eclipse is setting up to feel fairly volatile. It forms a tense, albeit activating, square to Jupiter in Aquarius, the planet that produces a magnifying effect on everything it comes in contact with, and in this case, that means it’ll put a magnifying glass on all the big emotions and shocking change that the eclipse brings. Jupiter’s effect here can also spur a tendency to go overboard, take on too much, and give into greedy impulses. And although Taurus and Aquarius are both fixed, Taurus tends to be comfy with the status quo, while Aquarius is all about shattering convention, so you could feel the tension between those two mentalities in whichever area of life this full moon is affecting you.

What’s more, the eclipse is happening at the same time as a T-square (aka when three planets square off against one another at the same time) among gung-ho Mars in Scorpio, revolutionary Uranus in Taurus, and taskmaster Saturn in Aquarius, stirring up a troubling potion of aggression, impulsivity, and electrifying shake-ups, as well as restriction, limitations, and frustration. Accidents, arguments, and obstacles could abound.

On the brighter side, the moon does form a sweet, harmonising trine to transformative Pluto. So making it through the toughest touchpoints of this event could feel like you’ve walked through the fire and are now ready to map out a promising new way forward.

Who the Taurus Full Moon Will Affect the Most

If you were born when the sun was in the sign of the Bull — annually from approximately April 20 to May 20 — or with your personal planets (Sun, Moon, Mercury, Venus, or Mars) in Taurus (something you can learn from your natal chart), you’ll feel this full moon and lunar eclipse more than most.

If you want to get even more specific, check to see if you have a personal planet that falls within five degrees of the full moon (27 degrees Taurus). If so, you could be navigating a life-changing shift at the moment.

Similarly, if your rising sign/ascendant falls in a fellow fixed sign — Leo (fixed fire), Scorpio (fixed water), Aquarius (fixed air) — you’ll be inspired to set intentions related to relationships and security, as the new moon will affect your tenth house of career (Leo), fourth house of home life (Aquarius), or seventh house of partnership (Scorpio). It’s also worth checking your natal chart to see if any of your personal planets (your moon sign, Mercury, Venus, and Mars) fall in a fixed sign and within five degrees plus or minus 27 degrees Taurus, as in that case, you’ll feel this lunar event more than others.

Every month, no matter what sign a full moon falls in, they’re astrological moments that create space for letting go. Given its volatile tone, the energy around November’s full moon and lunar eclipse could be truly intense and emotional. You might feel anxious and frustrated at times in the days around this event. And if that should happen, try to frame it as an opportunity to go inward and meditate on your toughest emotions. The best ways to cope: being true to yourself, proceeding with caution, and remaining open to change.

As one of the most pragmatic and persistent signs in the zodiac, Taurus understands that progress often takes much longer than you would ideally like it to. Even when changes occur out of the blue, the Bull is one to remain unshook, returning to tried-and-true routines and rituals to get centred. Embracing that Taurean take could be the key to weathering any daunting storms that might arise now.

Maressa Brown is a writer and astrologer with more than 15 years of experience. In addition to being Shape’s resident astrologer, she contributes to InStyle, Parents, Astrology.com and more. Follow her Instagram and Twitter at @MaressaSylvie.