Omega celebrates the golden anniversary of the first lunar landing 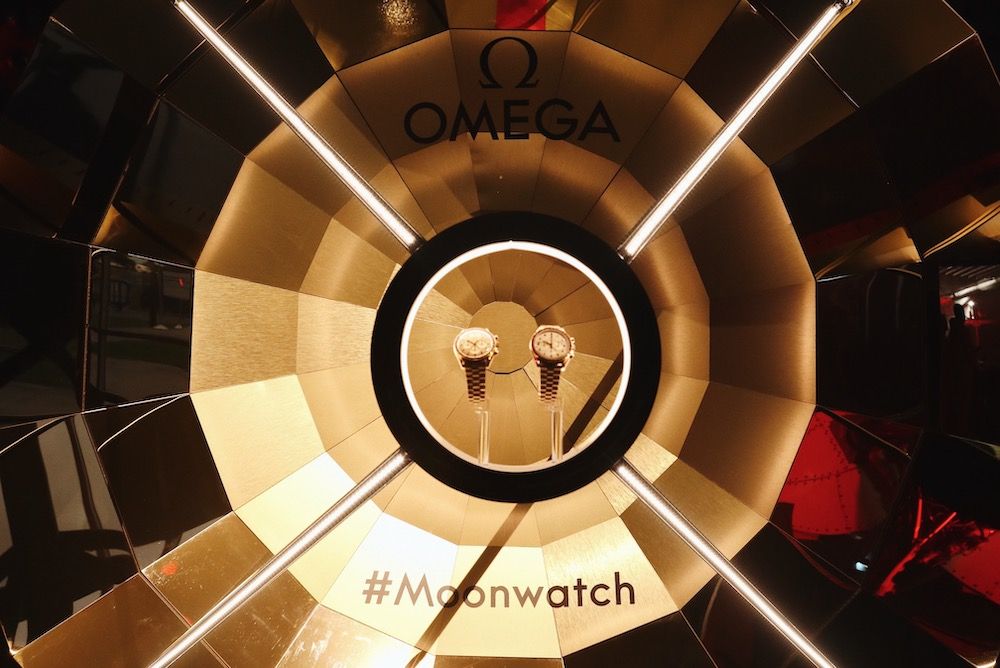 It was a star-studded night to remember for the privileged guests who had travelled from all across the globe to celebrate with Omega the 50th anniversary of the historical moment when American astronauts Commander Neil Armstrong and Buzz Aldrin landed the Apollo Lunar Module Eagle on the moon. Held at the historical Kennedy Space Center Visitor Complex in Florida’s Cape Canaveral, the event was graced by the presence of legendary NASA veterans including General Thomas Patten Safford and Charles Moss “Charlie” Duke Jr.

Other noble VIPs attendance included Omega’s official brand ambassador George Clooney, who attended the event with his wife Amal Clooney; and Raynald Aeschlimann, the President and CEO of Omega. Guests at the event indulged in a “Golden Moments” dinner where they dined beneath an impressive Saturn 5 rocket; and personal encounters with the Speedmaster Apollo 11 Moonshine™ Gold 50th Anniversary Limited Edition, the very first gold Speedmaster crafted in a new 18K Moonshine gold alloy.